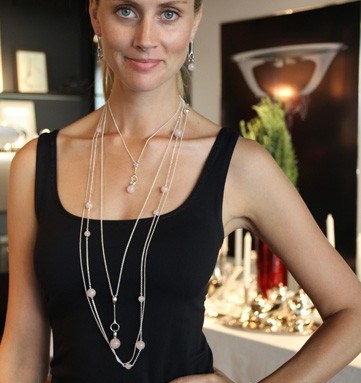 The Grinch is lurking.

There’s been a mood swing at retail, from euphoria last spring to caution at best and depression at worst — and it’s dimming the prospects for Christmas.

While still early to predict holiday sales with any degree of certainty, several retailers and analysts contacted said single-digit gains in the 2 to 4 percent range would be attainable, slightly better than last year, when retailers on average were up 2.1 percent. That compares with the average 5 to 6 percent drop during the disastrous 2008 season, a statistic skewed back then by the relative good performance of Wal-Mart.

And even if retailers hit the high end of this year’s predicted holiday sales growth, that would still be below their 2007 performance. Nonetheless, retail profits this year, based on the industry’s strict focus on expense and inventory controls, are expected to be reasonably good compared with the comeback year of 2009.

“People are nervous,” said one chief executive officer of a specialty store chain who requested anonymity. “You’ve got to be, considering there are already pretty aggressive sales happening, particularly in jeans, which only means consumers will think more and more about sales later.”

Stephen I. Sadove, chairman and ceo of Saks Inc., said he doesn’t expect Christmas to be different from the fall season, in which Saks forecasts midsingle-digit comp-store sales growth.

One thing is certain: This holiday will be no less promotional than last year, although it is unlikely to approach the 70 percent panic markdowns seen in the dismal days of 2008. Retailers say their goal is to plan them better, although in the end, the level of promotions will depend on consumer demand in the run-up to Christmas.

Major retail forecasts and consumer surveys related to the holiday 2010 season won’t be issued until later this year after more information on back-to-school trends can be digested. However, it’s never too soon to fret over Christmas, the biggest season of the year for retailers, accounting for 25 to 40 percent of volumes, according to the National Retail Federation. The list of concerns is long and includes:

• Hot items in hard and soft goods don’t seem to be materializing.

• Consumers are saving more than spending.

• Most retailers for b-t-s seem to be dragging, though some department store executives said early fall fashion is doing well.

• There are no signs of significant economic recovery soon, with job creation and the housing market remaining weak.

• Credit is still hard to get.

Recent government data show consumers are saving 6.4 percent of their aftertax income, which is three times the rate of savings seen in 2007, before the recession hit. In addition, income growth has ground to a halt.

“There is an absolute concern on the part of consumers that the recession is not over,” said Wendy Liebmann, ceo of WSL Strategic Retail consultants. “They’re saying we will buy less and only what we need to replenish. Consumers are just not willing to get beyond the basics.”

“Retailers will be going up against tougher comps. They’ll be tough to beat” for Christmas, said one department store ceo. “There is still a lot of negativism out there. There is a lot of doubt about the economy.”

To help stimulate demand come holiday, retailers are offering a broader range of prices than ever — although they contend this doesn’t represent trading down. “We intend to have a price pyramid with innovative products,” said James Crespo, president of Georg Jensen USA, who expects holiday sales to be up in the midsingle digits. He cited a Moonlight grape sterling silver ring, priced at $595, as something new in the assortment and an “easy gift” to give, but also sees regular customers buying the Fusion gold and diamond rings, at $4,865.

Linda Fargo, Bergdorf Goodman’s senior vice president for the fashion office and store presentation, said for Christmas the store has “concentrated on offerings of unique, exclusive product and highly personalized merchandise — all with an intensified focus on range of price.” She cited “an abundance” of exclusives including Papabubble candies, priced at $15; the limited edition “Windows at Bergdorf Goodman” book by Assouline, priced at $550; Bergdorf-themed ornaments, $35 to $55, including a miniature of James, the doorman; Ashley Pittman bangles priced at $495, which support a school and health center in Kenya, and a $3,690 Monica Rich Kosann My Earth necklace, where the placement of the diamond can be customized.

Retailers hoped they would have climbed most of the way back to prerecession volume levels this year, though that goal now seems further away. While overall sales dropped 5 to 6 percent during the 2008 holiday season, an analysis by channel gives a sharper picture of how much retailers fell off: luxury stores dropped 15 to 20 percent; department stores fell about half that much, roughly 8 to 12 percent; specialty chains sank 5 to 10 percent, and discounters ranged from down one point to up 4 percent, thanks to Wal-Mart.

Last year, retailers gained some ground during holiday, with luxury stores estimated up 5 to 10 percent; department stores up 1.4 percent, with a range from minus-1 to up 5 percent; specialty chains down, on average, 2.4 percent, though ranging from up or down 10 percent, and discounters up 3.5 percent.

“I would imagine this Christmas would be more favorable than last year,” said Kay Krill, president and ceo of AnnTaylor Stores Corp. “The economy is in a more stable position than it was last year. It’s still uncertain, but more stable.”

“While progress has been made, there will still have to be more progress in 2011 to begin to reach 2007 volumes,” said Arnold Aronson, managing director of retail strategies at Kurt Salmon Associates. “By the end of 2010, there will still be a shortfall.”

The outlook for holiday 2010 isn’t entirely negative. Retailers and analysts believe that the consumer savings trend means there could be some pent-up demand and that Americans are ready to spend after saving for two years. In addition, retailers believe consumers will gravitate to certain tried-and-true products this Christmas, and so the stores are once again stocking up on cashmeres, sweaters, cocktail dresses, novelty jeans, embellished tops and jewelry that makes a statement, whether it’s big, glittery or stacked in layers.

Another bright spot is in home categories, particularly bedding, draperies and furniture, which have been on the rise, tracking 5 to 6 percent ahead in the past few months as people invest in improving their homes, rather than buying new ones. Apparel sales are seen rising a couple of percentage points for holiday, though look to electronics to gain market share once again due to iPads, iPods, book readers and flat-screen televisions.

Consultant Liebmann said luxury will sell, provided the item is “special, understated and not obvious that you dropped a wad of money.” She also sees experiential gifts, like gift cards to spas or trips to Disneyland, as potentially popular, along with wines, chocolates and other food gifts to enhance get-togethers with friends and family at home.

Fast-fashion chains and value-oriented apparel chains are expected to outpace other retailers, though executives from Macy’s, Lord & Taylor and Neiman Marcus have said fall sales trends have been good.

“I don’t know if I am a good bellwether for what’s going on, but we have hit a sweet spot,” said Brendan Hoffman, ceo of Lord & Taylor. “Our business continues to be up double digits. I see no reason to come off that forecast. We are hoping to continue the momentum of being up 14 percent in the spring.”

“We are seeing some optimistic signs,” said Alison Paul, vice chairman and U.S. retail sector leader for Deloitte. “I think retailers are protected by not overstocking. This year will be interesting to watch. The key drivers are the employment rate, real wages, housing and the tax burden.”

Another optimistic sign came from Deloitte’s survey of more than 1,000 adults in mid-July regarding b-t-s shopping behavior. It indicated that 28 percent of consumers will spend more on b-t-s this year compared with last year, while just 17 percent said they would spend less, which bodes positively for holiday. “The direction is more optimistic than pessimistic,” Paul said. “Despite consumer confidence being low, consumers continue to trend upward in both attitude and spending.”

Britt Beemer, chairman and founder of America’s Research Group, had a different take on the consumer pulse based on his own “consumer mind-reader” survey, also in July, and with about 1,000 adults, as well. “The number-one concern of most adults was whether or not their child is going to find a good job when they get out of school or college,” Beemer noted. “What that means is they are concerned about the viability of their family, that they will start taking more control and try to spend less money and save money, which is good for the family but terrible for the economy. Parents will always protect their children first.

“I think you will see Christmas sales up between 2.5 to 4 percent. Between this year and last year, we may recover what was lost in 2008,” Beemer added, taking a somewhat different position from Aronson. “But we have not seen big Christmas increases in about a decade.”