There are less than 48 hours until Black Friday, and this year the deals are bigger and the hours longer than ever. 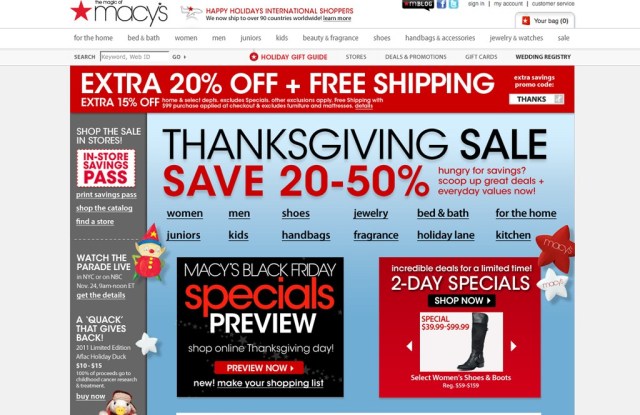 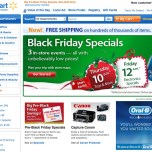 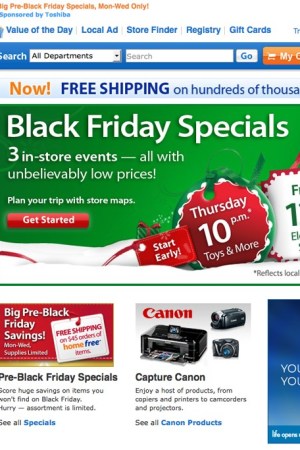 There are less than 48 hours until Black Friday, and the deals are coming fast and furious on the Web, TV and newspapers.

On Monday, retailers began leaking their Black Friday promotions to give consumers a chance to plot shopping strategies and compare prices. Many brick-and-mortar stores are also offering Black Friday deals online, some a day early.

Stores are opening earlier than ever, but there’s been some backlash. Traditionalists complain that the extended Black Friday shopping hours are literally eating into Thanksgiving. A Target worker disgruntled over stores opening at midnight, delivered petitions with 190,000 signatures to Target Corp.’s headquarters in Minneapolis on Monday. “The vast majority of our team members have shown overwhelming support for our Black Friday plans,” a Target spokeswoman said. “Our team members feel this is the big day of the holiday and get really pumped up for working.” Target said guests expressed a preference for shopping at midnight rather than getting up in the middle of the night.

Cyber Monday 2010 grabbed headlines with spending surpassing $1 billion, the heaviest spending day in online history up to that point, according to ComScore. This year, retailers want to win the battle in stores and in cyberspace, as evidenced by robust inventories, myriad promotions and free shipping offers.

J.C. Penney is taking aim at both constituencies. Its Black Friday deals will be available a day early on jcp.com. There will be more than 500 Black Friday offers such as women’s boots for $29.99, Barbie and Fisher Price toys, $3.99 and a women’s Xersion packable down jacket, $39.88.

“The economy is continuing to challenge customers to shop smarter,” said Liz Sweney, EVP and senior general merchandise manager of J.C. Penney. “Customers are savvier than ever, but they still want meaningful gifts that offer exceptional style and quality. This plays to J.C. Penney’s strengths because our merchandise provides the style and quality our customers want at compelling prices that make sense in this economic climate. We know gift-giving is personal and we’re offering unique ideas. We feel good about our position and see great opportunity for us this holiday season.”

The National Retail Federation is projecting an increase in shoppers from 138 million last year to 152 million this year. Among those surveyed, 33 percent said they plan to shop during the weekend, up from 27 percent in 2010.

“We’re very confident,” said a Macy’s Inc. spokesman. “We have great assortments and great marketing for Black Friday through the holiday season. We’re prepared. Last year we opened at 4 a.m. We listened to the customer, and this year, we’re opening at midnight. We saw a lot of younger people who really enjoy shopping at that time of day. They don’t go to bed. We’ll have a small number of stores open 24 hours on the last few days leading up to Christmas. Younger millennial customers like the round-the-clock shopping. They appreciate the choices.”

Wal-Mart is firing the starting gun on Thursday at 10:00 p.m. with doorbusters such as a 19-inch Sansui HDTVs for $98 and Samsumg 51-inch plasma TV for $498. “The majority of the response [on Monday and Tuesday] has been very positive,” said a Wal-Mart spokeswoman. “Feedback from customers told us that they would rather stay up late than get up early, hence the 10 p.m. opening. We know our customers are watching every penny this year, so we shared our Black Friday specials earlier than ever so they can plan ahead.” Layaway has been popular at Wal-Mart throughout the third quarter and was highlighted during the company’s earnings call last week.

Forever 21 is pulling out all the stops with special prices and gifts-with-purchase. “The mood is really good,” said Linda Chang, who oversees marketing and is the daughter of founder Don Chang. “Traffic has really picked up, especially this past weekend.”

Chang said she’s concerned about the economy and events in Washington, but “that’s not really our target demo. I’m praying that they’ll figure things out in D.C. Customers are learning to be a little smarter and sharper about their purchases and that’s why we’re seeing an uptick. We and other retailers were seeing October sales and saying there was a slump in the market a little bit. As we’re coming into Black Friday, we’re starting to see sales again.”

Thomson Reuters is forecasting same-store sales growth for November at 3.2 percent, despite a difficult comparison from November 2010’s 5.5 percent.

The NPD Group reported that the conversion rate — the percentage of engaged shoppers who actually made a purchase after entering a brick-and-mortar store — in the week ended Monday ticked up to 69.1 percent from 69 percent the previous week. The online share of buying visits last week rose to 12.8 percent from 12.5 percent, indicating a slight drop in the share of actual stores.

“During this pre-Black Friday period, online continues to make more and more connections with consumers, particularly in the specialty store space,” said NPD chief industry analyst Marshal Cohen. “The big question is, can they maintain that momentum as consumers start to look to full-line retail sites that will be offering greater deals on everything including the kitchen sink.”

Department stores registered an improvement in conversion for the week, to 42 percent from 38 percent, while mass merchants and apparel specialty stores were unchanged at 73 percent and 40 percent, respectively. Mass merchants’ conversion rates tend to be higher because of the grocery items carried in their stores. However, shopping visits declined at mass merchants while increasing at beauty specialty stores, factory outlets and sporting goods stores.

Cohen said the results suggest that lower-end consumers are “catching their breath before stepping into the stores for the weekend bonanza. Secondly, we see that department stores and selective specialty stores are starting to gain momentum into holiday.”

Olive & Bette’s, a New York specialty chain, said people are buying. “Department stores have started their shenanigans early, so we match any price that our customers find elsewhere,” said Stacey Pecor, founder. “Bergdorf’s is on sale, Neiman’s is on sale and Bloomingdale’s is on sale. You’re training the customer that the fourth quarter is on sale. We’re having a good season and prices don’t seem to be an issue with consumers as they were two or three years ago. We’re starting to sell resort early. I think it’s going to be a good season, it’s just harder than usual.” The wrangling in Washington doesn’t seem to be impacting consumers. “It’s become background noise. I don’t think it affects their ability to take out their credit card.