Picardo joins June 1 and succeeds Mario Grauso, who is stepping down to return to the U.S.

The Holt Renfrew store in Toronto.

Sebastian Picardo, jumping from one luxury chain to another on the other side of the world, will become president and chief executive officer of Holt Renfrew, based in Toronto, on June 1.

Picardo and Grauso were not available to comment on Tuesday, but it appears Picardo’s experience in building up e-commerce and omnichannel capabilities on previous assignments at Lane Crawford, as well as Burberry, factored into his being hired at Holt Renfrew, which is considered a Johnny-come-lately into e-commerce. 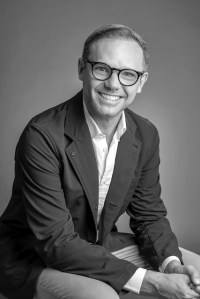 Holt credited Picardo with creating an omnichannel strategy at Lane Crawford, driving “exceptional customer experience in Greater China, refreshing the retailer’s mission and leading a cultural transformation across the company.”

Earlier in his career, Picardo worked at Burberry, where he played a key role in building up the digital side of the London-based business, which has been considered  among the most digitally advanced in the luxury market. He also held senior slots at Net-a-porter and Alexander McQueen.

”Throughout his career leading some of the world’s most successful brands, Sebastian has demonstrated an ability to see retail as an all-channel experience and to continually innovate and empower his teams to exceed customer expectations,” said Anne Pitcher, managing director of Holt’s parent company, the Selfridges Group.

Grauso has been planning to return to the U.S. “for some time” and will support the transition, according to Holt Renfrew. 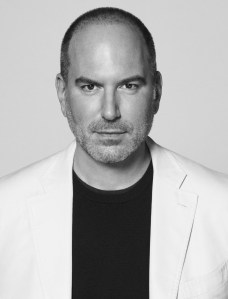 He joined Holt Renfrew in September 2016 as president and led a 400 million Canadian dollar strategy of extensive renovations, designer shop installations and new concepts at key flagship locations including Vancouver, Montreal, Toronto and Yorkdale. In several cases, store footprints were expanded, including the Montreal flagship, which has the Holt Renfrew Ogilvy nameplate and at 250,000 square feet is the largest store in the luxury chain.

Grauso did strive to build up Holt’s relatively underdeveloped e-commerce. Last year, he relaunched Holt’s e-commerce after temporarily halting it (with the exception of beauty) to re-platform it. Holt Renfrew’s strategy, which has included significant IT investment, has been to tighten its grip on the luxury market in Canada to confront rising competition from Saks Fifth Avenue and Nordstrom, both of which entered entered the country in the last several years.

Pitcher credited Grauso with “enhancing the business and its iconic status as a world-class retail brand and a leader in the Canadian market.”

“It has been a privilege to lead Holt Renfrew and I am proud of what we have accomplished and the great team and beautiful environments we have built,” Grauso said in a statement. “The company is in a great place and it is the right time for me to move to my next challenge.”

He did not indicate any plans. Before Holt Renfrew, Grauso led Joe Fresh, and earlier Vera Wang, among other assignments.