The department store chain is expanding and upgrading its apparel offering with more upscale designer brands. 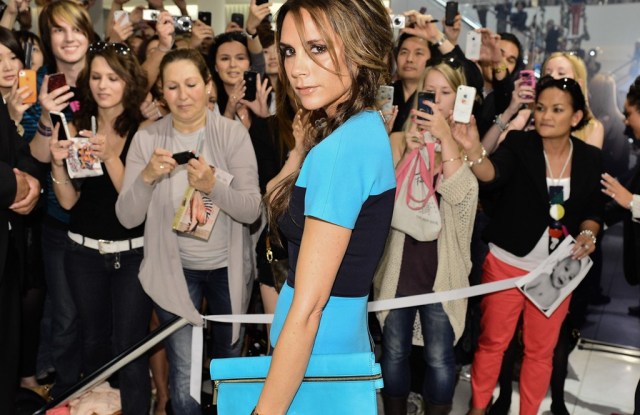 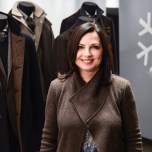 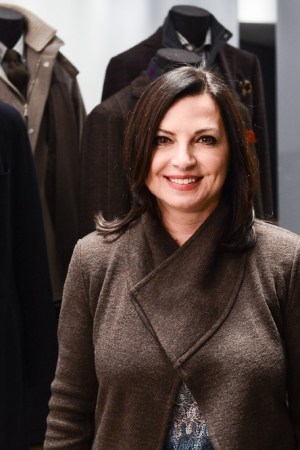 Upscale designer brands will be the linchpin of Holt Renfrew’s aggressive expansion plan.

As the department store chain ramps up to add 40 percent more square footage to its network of stores by 2015, the merchandising team is working to upgrade and expand the assortment as well. The culmination of that work will be front and center when the Yorkdale store renovation is unveiled in August. That store, which will double in size to more than 120,000 square feet, will offer a slew of new designer brands in women’s and men’s apparel and footwear, as well as a number of what the company is calling “innovative luxury encounters.”

“We’re really in a growth mode,” said Pat Di Bratto, senior vice president of buying and merchandising and the chief architect of these elevated initiatives. “We’ve had two consecutive record-breaking profitable years in a row, and we’re expecting a third.”

As chief merchant, she said, “I’ve been working with our team over the past two years to redefine our assortment.” That includes “delisting 22 brands” that the store had carried in the past in favor of others, including Gucci, Prada, Alexander McQueen, Dolce & Gabbana, Etro, Stella McCartney, Pucci, Comme des Garçons, Isabel Marant and Kenzo, among others.

A new focus on products with exclusive or limited distribution at Holt stores is also part of the equation.
“We’re redefining our brand portfolio,” Di Bratto said. “We’re cognizant of our luxury positioning and have established a strategy for our large, core vendors to be profitable in our stores.”

The men’s business, which currently accounts for 16 percent of sales but is expected to grow to 20 percent, is among the focus areas. Di Bratto said that in the past Holt had viewed the category “through a women’s lens. But we’re repositioning and managing it from a man’s sensibility.”

Besides an expanded assortment and its own dedicated entrance, the Yorkdale store will open a grooming and men’s lounge, or “den,” as Di Bratto called it, where guys can explore skin-care offerings in private and get a shave. Additionally, dressing rooms have been enlarged with lay tables, a hidden wet bar and interactive toys. “We’re trying to gain a point of differentiation,” she said.

Key brands will include McQueen, Thomas Pink, Dolce & Gabbana and — exclusive with Holt outside their own stores — Etro, Gucci, Prada and Armani. Givenchy and Dsquared2 will be introduced at Yorkdale along with a Ralph Lauren shop and the first Paul Smith in-store shop in North America. The men’s lounge will also offer a dedicated made-to-measure area — a red-hot category that is underdeveloped at Holt — and the staff devoted to men’s will be doubled. There will be multimedia merchandising walls and curated monthly collections featuring must-haves for men in a variety of categories.

Once they venture out of the men’s den, they can stroll through a new 7,000-square-foot  “shared shopping” department, where Holt will be merchandising contemporary brands such as Burberry Brit, Rag & Bone, Vince and other labels aimed at a younger customer. “It’s a modern way to shop,” Di Bratto said. “When we observed shopping patterns, we found that the 18- to 34-year-olds shop in packs. So we decided to give them an incredible shared experience.”

Men’s and women’s wear will be merchandised together, and the shared shopping area will also offer some new exclusive products, including Zadig & Voltaire and Reiss.

Designers in apparel and accessories will also be given a home with Tabitha Simmons, Peter Pilotto, Altuzarra, MSGM, Kenzo, Acne, Carven, Victoria by Victoria Beckham and Comme des Garçons, being offered exclusively at the store. And the personal-shopping area is being tripled in size.

Footwear is also getting a major boost in Yorkdale. The women’s shoe department, which has been experiencing double-digit growth, will expand to almost 10,000 square feet — more than four times its current size — and will feature a shoe hall offering brands such as Gucci, Jimmy Choo, Christian Louboutin, Prada and Stuart Weitzman.

“We’re positioning ourselves to dominate in the luxury fashion footwear business in Canada,” she said.

The shoe hall will also feature “cobbler-inspired shoe care,” complete with shoe shines and minor repairs. Several of the brands, including Gucci, Jimmy Choo and Prada, will be housed in distinct “environments,” she noted. It will also offer the first Christian Louboutin “apartment” in North America.

“There will be a lot of personality as you walk through,” she said.

“Traditionally, when you enter a store, you walk into the beauty department, but in Yorkdale, it will be leather goods.” That category, too, is seen as a growth opportunity for the chain and will be expanded by two and a half times at Yorkdale. Additionally, the space devoted to jewelry and watches will be tripled, and there will be a private room for consultations and sales, as well as new brands such as Tag Heuer.

Not to be outdone, the beauty department is also getting a facelift. The new beauty hall will also have its own entrance and skin-care consultants will be employed that are not specific to any brand but who will work with customers to choose the right products for their needs. “With all the new technology in skin care, it’s difficult for customers to navigate through everything,” Di Bratto said. “This will have a more holistic point of view and there’s no fee or obligation to purchase.”

The beauty hall will also offer “pampering” experiences such as hair blowouts, nail stations and eyebrow styling. Photo stations will capture how make-overs were done, allowing customers to e-mail the finished result to themselves or share it on social networks.

Many of the initiatives showcased in Yorkdale will roll out to Holt’s other regional stores in varying degrees, she said, depending upon the size and location of the unit. Each store is slated to be expanded and updated, with some completely rebuilt, but because the company has only nine full-line stores, it allows for true “personalization and localization of the assortments. As an organization, we want to ensure that we’re nimble and can make adjustments to ensure we’re relevant today and in the future.”

She said the core Holt Renfrew customer is 35 to 50 years old and loyal to the store but 18- to 34-year-olds are key to the future. “That’s the fastest-growing segment of our customer portfolio,” she said, noting that was the reason for the creation of the shared shopping department.

Despite the loyalty of its customer, Di Bratto acknowledged that Holt Renfrew faces some tough competition from luxury retailers in the U.S. and around the world. “We deal with the world stage,” Di Bratto said, “whether that’s south of the border or e-commerce. Our customers are well-traveled, so we’re focused on making them feel great in our store and giving them a reason to come back.

“We’re building the store of the future,” she continued. “People come to our stores to look good and feel good, and we build relationships with our clients. After all, we’ve known this customer for 175 years.”