Holt Renfrew Timeline: Through the Years

A look back at the milestones in the retailer's history. 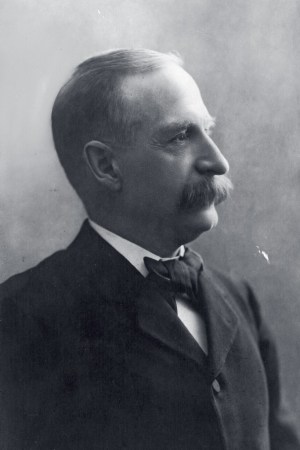 1834
In spring 1834, William Samuel Henderson, a young Irish merchant, arrives in Quebec City with a shipment of caps and hats. The merchandise sells out quickly and Henderson, in 1837, sets up shop in the city. First known as William Ashton & Co., Henderson renames the shop after himself.

1860
Henderson eventually sells the business to his brother. By the 1860s, the Buade Street store in Upper Town has become a well-known local landmark. Partners in the business have come and gone, and the store is now known as Renfrew & Marcou. The retailer shows some flair for merchandising, hanging furs in its store windows to attract the attention of passersby. John Holt, in 1867, buys out Henderson’s remaining interest.

1883
As ownership changes, so, too, does the name. By the time the Fathers of Confederation sign on the dotted line in 1867, the business has become G.R. Renfrew & Co. In 1883, admirers of Sir John A. Macdonald decide he deserves a more stylish coat — one fit for the country’s first prime minister. They purchase it from G.R. Renfrew in Quebec City. Macdonald wears the new overcoat when he has his portrait taken at an Ottawa photographer’s studio.

1886
Queen Victoria inspects the company’s display at the Colonial and Indian Exhibition in London and purchases a fur muff and several other items. So impressed is Victoria that she issues a Royal Warrant appointing G.R. Renfrew & Co. as Furriers in Ordinary to Her Majesty. This would mark the beginning of a succession of royal endorsements issued by members of the British royal family that would include Queen Alexandra, King George V and the Prince of Wales, who would later abdicate the throne and become the Duke of Windsor.

1890
The company begins issuing illustrated mail-order catalogues of its merchandise with instructions for consumers on how to properly measure themselves to ensure a well-fitting garment.

1897
Now located in Toronto as well as Quebec City, the company joins the British Empire in celebrating the Diamond Jubilee marking Queen Victoria’s 60th anniversary on the throne. The retailer displays the flag commemorating the event, and on the reverse of the flag is stamped “G.R. Renfrew Toronto,” still legible today. George Richard Renfrew dies that year. His son, Allen E. Renfrew, becomes a junior partner.

1909
By the turn of the century, the company has become Holt, Renfrew & Co. In 1909, a joint stock structure is adopted and it becomes a “limited” company.

1919
Allen E. Renfrew is named president. Upon his death, Renfrew would be succeeded by Senator Lome Webster.

1910
Holt Renfrew establishes its first store in Montreal on St. Catherine Street. In Winnipeg, that same year, it sets up shop near Canada’s “coldest street corner,” Portage and Main. And it relocates its Toronto store to a larger site at the corner of Yonge and Adelaide streets.

1925
The Holt Renfrew catalogue, a mainstay of the fashionably dressed woman, touts the “thoroughly new styles” of the flapper era and “unusually stylish models” of its latest lines.

1930s
Holt remains headquartered at Quebec City until the late Thirties, when the head office is moved to Montreal. In the meantime, the Quebec City store on Buade Street in Upper Town continues to attract lots of attention — with a little help from the Holt Renfrew dog team.

1937
Holt Renfrew celebrates 100 years with the opening of a store at Sherway Gardens in downtown Montreal. The streamlined Art Deco building designed by architects Ross and Macdonald is meant to convey luxury and good taste.

1942
Beginning in 1942, Holt Renfrew opens stores in Ottawa, Hamilton (1945), Edmonton (1950) and Calgary and London (1953). Units in Hamilton and London subsequently close, but Holt Renfrew’s expansion across Canada continues for the next two decades.

1955
Holt Renfrew becomes the exclusive retailer of Dior in Canada, hosting the designer, who shows his latest styles at the new Bloor Street store in Toronto with its facade of blue glass and metal. The designer, who flies models from Paris and New York to Toronto for the show, says, “Canadians should not be envious of any other country when it comes to fashion,” according to the Globe and Mail, Oct. 28, 1955.

1960
Miss Renfrew, a clothing line for the young, working woman on a budget who nonetheless wants to dress fashionably, is introduced. The ready-to-wear line is featured in Miss Renfrew departments in all of the retailer’s stores. Holt Renfrew is bought in 1965 by New York-based CIT Financial and resold in 1972 to West Coast retail chain Carter Hawley Hale.

1970
Holt provides a runway for such up-and-coming designers as Marc Bohan, Christian Dior’s creative assistant. Bohan in 1970 is Holt Renfrew’s guest of honor as the retailer celebrates its two-decades-long association with the House of Dior.

1975
Holt Renfrew sets up shop in Vancouver with a store on Granville Street at the Pacific Centre. The opening is kicked off with an ad campaign, “H.R. in Vancouver.”

1978
Sophia Loren takes some time out from making the movie “Angela” to do some shopping at Holt in Montreal. Along with her is Christian Dior designer Frédéric Castet, while Holt Renfrew president Leonard Shavick plays host.

1997
The retailer says it will boost selling space by 25 percent with the downtown Toronto, Montreal and Calgary stores all undergoing expansions, and a major makeover for the Holt at the Yorkdale Shopping Centre in Toronto. Chanel opens a boutique in Montreal, and Hermès unveils an in-store shop in Vancouver.

1999
Andrew R. Jennings is tapped as president and managing director, with the aim of making Holt “one of the world’s great fashion and lifestyle stores.”

2002
Holt’s “Viva Italia” promotion, a 40-day festival of fashion, design and performing arts from the Mediterranean peninsula, is held at the Bloor Street flagship, attracting Sophia Loren, Roberto Cavalli and Laudomia Pucci — not to mention a fleet of Vespas.

In July, Holt closes its suburban Rockland shopping center in Montreal to concentrate on its downtown Sherway Gardens unit. The retailer’s Sixties-themed “Flick” gala in September coincides with the Toronto International Film Festival and spurs a series of promotions celebrating the love affair between fashion and film.

2007
After more than three decades at Vancouver’s Pacific Centre mall, a new 137,000-square-foot Holt Renfrew store opens on Dunsmuir Street in that city, representing twice the space of the original location.

2009
An expanded Holt Renfrew in Calgary reopens, while the Toronto unit gets a makeover.

2011
Holt reveals plans for a store in Yorkdale, Toronto. The retailer, which is reportedly approaching $800 million in revenues, begins the festivities for its 175th birthday, kicking off across Canada in September with a parade of designer appearances, pop-up shops and special Hot@175 merchandise.

2012
Holt Renfrew budgets $300 million for its largest expansion ever, which will increase floor space by 40 percent in its stores across Canada by 2015. The Yorkdale Shopping Centre unit in Toronto will double in size to 120,000 square feet. Other expansion plans could include the Vancouver flagship and a facelift for the Bloor Street store. In September, a new contemporary retail concept, hr2, is announced as a lower-priced alternative to Holt Renfrew’s luxury stores.