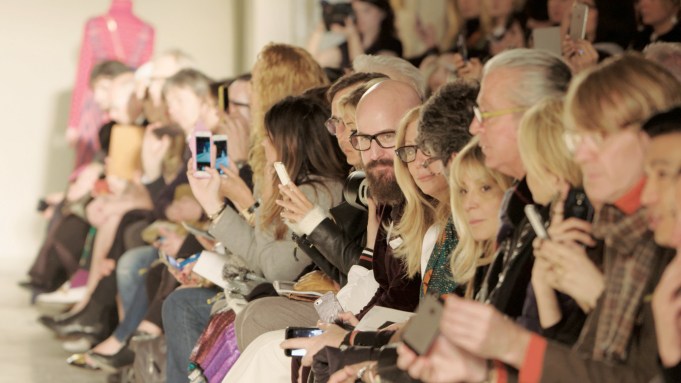 Most everybody agrees that air travel has lost all of the glamor and excitement it once had. But Holt Renfrew wants to bring back a bit of an old era when the term “Jet Set” was coined to describe well-heeled travelers. The Canadian luxury retailer has teamed with Air Canada to launch on Sept. 1 the Holt Renfrew TV channel on the airline’s enRoute in-flight entertainment. The channel will be available on all flights, domestic and international.

Holt produced a series of documentaries that offer a behind-the-scenes look at the worlds of luxury, style and fashion. Twenty videos will be shown in the air over 12 months. The first installments launching in September will include a look at the making of the Holt Renfrew fall magazine; “Front Row,” a journey from runway to reality with Fendi and emerging designer Stella Jean; “Ciao Fausto!” designer Fausto Puglisi’s trip from Milan to Holt Renfrew. “We’re traveling a fair amount,” said Alison Simpson, Holt Renfrew’s senior vice president of marketing and customer experience. “We started filming in January and it’s been ongoing ever since.”

Simpson said Holt will draw on its heritage for future videos, including the retailer’s firsts, such as being named the official furrier to Queen Victoria. The nearly 179-year-old retailer was the first North American store to host Christian Dior in 1947 when he launched his New Look and Holt’s was the first to open accounts with many European designers.

“This will certainly resonate with our customers,” Simpson said. “We have a great tourist business. Anyone coming on an Air Canada flight will see this and it will attract them to our stores.”

In addition, the retailer’s 125,000 members of Icon, Holt’s loyalty program, will get a sneak preview of the videos in their e-mails. The videos on Holt Renfrew TV will be promoted via 10-second spots on Air Canada’s inflight entertainment system, a spread in enRoute, the airline’s in-flight magazine, and a front cover tip-on the Globe and Mail distributed to First Class passengers every day during the launch period.

Holt will use the documentary videos outside Air Canada on its social media and digital channels.

Simpson said the agreement with Air Canada could extend beyond 12 months. “This is about bringing together two iconic Canadian brands,” she said. “Whether in a store or on an airplane, experience is everything. Our customers are very global and travel for professional and personal reasons. It will certainly resonate with our customers.”