The Canadian retailer has doubled the size of the beauty area of its Yorkdale Shopping Center store to 10,000 square feet. 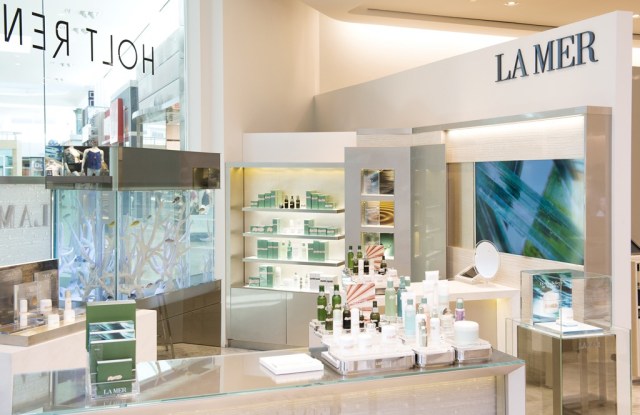 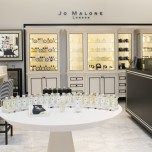 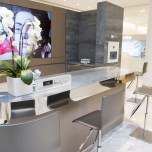 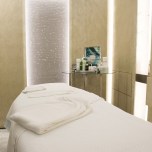 For starters, the Canadian retailer has doubled the size of the beauty area of its Yorkdale Shopping Center store to 10,000 square feet and added a slew of new concepts, four new treatment rooms and shops-in-shop for brands such as Chanel, Hermès and Aesop. The hall was unveiled Thursday.

“Bigger is better,” said Wayne Peterson, divisional vice president of cosmetics at Holt Renfrew. “We’ve done things that give this a point of difference.”

Peterson said Holt has elevated its services with a Beauty Bar that provides color cosmetics, skin-care consultations and makeovers. There is complimentary makeup brush cleaning, and specialists will peer into makeup bags and offer advice to consumers.

But Holt knows that beauty isn’t drop-dead serious. While its well-heeled customer wants all the creature comforts, service and luxury the chain is known for, she also wants to have fun, so there’s a camera wall for photo ops that can be sent to those in her social network to show off her new look.

Holt plans to roll out the concept to other stores. “Yorkdale is the prototype for how all our stores will be made over,” said Peterson. “We see all of our beauty halls converting. We will expand in the next two years. You will see growth in beauty.”

Another new feature is the Primp and Polish Bar behind a glass scrim, where customers can get blowouts, manicures, facial waxing, lash extensions and brow services.

“We call the Primp and Polish Bar accessible-private,” Peterson said. “It’s on the floor but not in a room with a closed door. You see something’s happening there. It’s animation, which is what beauty does so well.”

The design of the new hall is open and airy with room for growth in case Holt wants to add other brands or more treatment rooms. “You don’t feel like you’re in an empty hall,” Peterson said. “We source the world for new and innovative products. We have some space we can maneuver.”

Nothing comes between consumers and products in the new beauty hall. “You no longer stand in front of the counter,” Peterson said. “You play. By removing many counters we believe we’ve removed the barriers. We want you to meander, to touch. You can choose a consultant from brand to brand. We like to dedicate a specialist to the brands because there’s so many stockkeeping units in these lines. We’re not open sell by any means, but we want to be accessible.”

Peterson declined to discuss sales volume, but said, “We have very strong performance targets. We will aggressively grow in this new format and focus on performance.”

The Yorkdale Shopping Center, north of downtown Toronto, is ranked second in Canada in terms of sales per square foot, at 1,100 Canadian dollars, or $1,062 at current exchange.

Holt Renfrew is completely renovating its Yorkdale store, with beauty the first area completed. “In the fall, we’ll unveil everything at once,” Peterson said. “Lights, camera, action.”