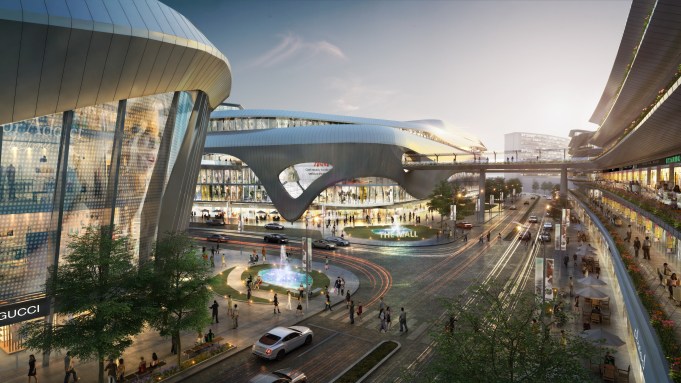 Hong Kong International Airport has just unveiled plans to open a sprawling retail and hotel complex between 2020 and 2021- a development that would radically transform one of Asia’s biggest air travel hubs.

The city’s airport authority said it plans to open a two million square-foot retail, dining and entertainment complex in 2021 and a hotel with 450 to 750 rooms in 2020. The authority will call for tender submissions for the hotel and the multi-purpose development in November and early 2017 respectively. The new development, called “Skycity”, will be located a short walk away from the airport.

“Our vision is to create a new destination that goes far beyond the traditional notion of a shopping mall,” said Jack So Chak-kwong, chairman of the Hong Kong Airport Authority. “Located right next to the airport, [Skycity] aims to capture broad opportunities in tourism and business, while also providing a dynamic lifestyle and family entertainment hub for Hong Kong residents and visitors alike.”

Hong Kong International Airport said it serves 70 million international passengers and local residents annually. It expects passenger traffic to rise to more than 100 million by 2030 once it completes its third runway. The airport authority expects a bridge to Macau, which is currently under construction, as well as other planned road links with mainland China, to boost “interconnectivity” within the Pearl River Delta region.

The airport is ramping up its retail game at a time when the rest of the city is struggling with declining numbers of mainland Chinese arrivals. Most recently, Hong Kong posted a 10.5 percent drop in August retail sales, registering their 18th straight month of decline. The local management association said the city is unlikely to reverse its dwindling sales trend until the end of the year.

“It’s still in a shrinking mode…I think Hong Kong will be into December before you see the bottom,” Hong Kong Retail Management Association chairman Thomson Cheng said earlier this month.