The city's new creatives are flocking to e-commerce and bypassing bricks and mortar stores. 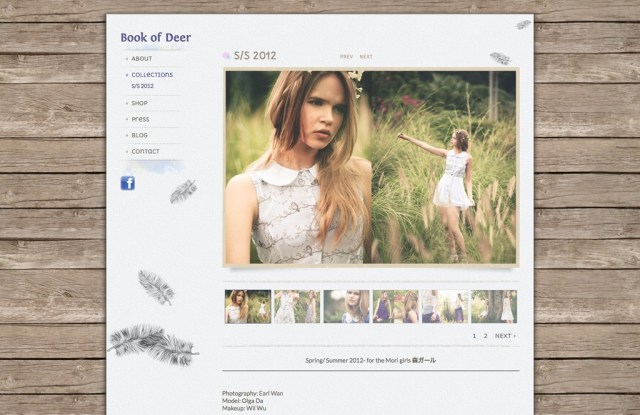 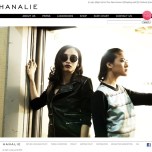 HONG KONG — When Eilidh Ho decided to start her own fashion brand in the world’s second-most expensive retail rent market, there was never any question of where she would locate it: online.

“I never even considered opening a store, and rent was one of the biggest reasons why. The rent is extortionate in Hong Kong,” Ho said.

Faced with soaring rents here, newcomer brands and relatively young labels are finding it harder than ever to establish a physical presence. That, coupled with the fact that residents here are switching on to online shopping, mean they are turning to the Internet sales more and more.

The Web has seen more and more local designers, many with less than 10 years’ experience, opening online shops and selling through multibrand shopping platforms like ShopdesCreateurs.com, BuyMeDesign.com, and Zeuz.com.hk, Taobao.com. Besides Book of Deer, clothing designers Hanalie and Chailie Ho are also selling on their own e-shops. Apparel brands Plotz and Rotten Banana are available on Zeuz. Some also sell by consignment or wholesale to multibrand shops.

Many of them, as well as other local designers and industry observers, agree that high rents here are pushing new entrants and young brands into e-commerce.

While Ho and other young designers say rent is just one of many hurdles that make setting up in a store out of the question — the costs of starting up and hiring salespeople and the pressures of churning out enough to fill collections were other concerns — they point to it as a key factor in their reluctance to do so.

The numbers certainly seem daunting. In the third quarter last year, the former colony ranked second behind New York in a survey of global retail rents by CB Richard Ellis at $1,695 per square foot per year.

Provisional figures from the city’s ratings and valuation department showed private retail spaces were leased at 1,314 and 1,296 Hong Kong dollars, or $169 and $167, per square meter per month in the fourth quarter last year on Hong Kong Island and in Kowloon, respectively.

Liu Wing-sun, a lecturer at the Hong Kong Polytechnic University’s Institute of Textiles and Clothing voiced a similar observation. “Even a brand like Giordano has recently been chased out of its old store in Causeway Bay,” Liu said, referring to the homegrown label known for its affordable T-shirts and jeans as well as its more upmarket officewear. Forever 21 took over one of its branches last month at a monthly rent of $1.4 million.

Meanwhile, according to a survey by Recruit, a local job advertiser, designers with under three years’ experience earned just 9,000 to 13,000 Hong Kong dollars, or $1,160 to $1,676, per month, last year. Senior fashion designers with four to five years’ experience made over 25,000 Hong Kong dollars, or over $3,224 per month. The survey did not specify whether these salaries were for self-employed or employee designers.

“It is so difficult for budding designers to start with their own stores on the conventional high street in Hong Kong,” he said.

Liu said more and more young brands were establishing online stores or selling on multibrand shopping Websites, and that high rent was part of the reason. Young local designers “are still learning, yet I am sure they will learn fast,” he said.

Some online marketing experts claim virtual shopping has not become widely accepted here. But Liu sees it differently. “You’ll be amazed by the pervasiveness of e-commerce. My friends and the students around me, some of them are addicted to Taobao,” he said.

Like Eilidh Ho, when Haylie Lee and Natalie Chan, both 25, debuted Hanalie last year, they went straight to virtual with Hanalie.com.

“We didn’t even think much about having a physical store,” Chan said. “Though our price line is not high, we want to sustain an image. If we were to open a store, it would be somewhere more sleek, like SoHo or Western district,” she said, referring to a neighborhood so named for being south of Hollywood Road and another nearby, both popular for upmarket, independent shops. “Those rents are very, very high, so we skipped the idea.”

Chan, who like her cofounder Lee had gotten used to shopping online while studying in the United States, said the practice was slowly entering Hong Kong. “We think there is a percentage of people who are comfortable with it,” she said.

There are advantages to starting online. For Hanalie, which is aimed at 18- to 30-year-olds, e-commerce offered a chance to test the waters without requiring too much capital.

For Eilidh Ho, it was natural to go virtual with Book of Deer, whose poly-chiffon dresses go for about $150 and whose market is 15- to 30-year-olds who favor a “quirky, independent” look.

“Online is the most effective way for me,” she said. “You’re interacting more with your customers through blogs, you’re more aware of their influences. A lot of designers I admire launched and built brands online. I saw it as a positive channel.”

But e-commerce is not without its drawbacks. Sometimes the high fees charged by multibrand shopping platforms make using them not much different from renting in terms of cost, and trading virtually requires much more work than most newcomers imagine, some observers noted.

“Tying myself to a shop would actually be a limitation. I never thought it was disadvantage not to have a brick and mortar store,” she said.