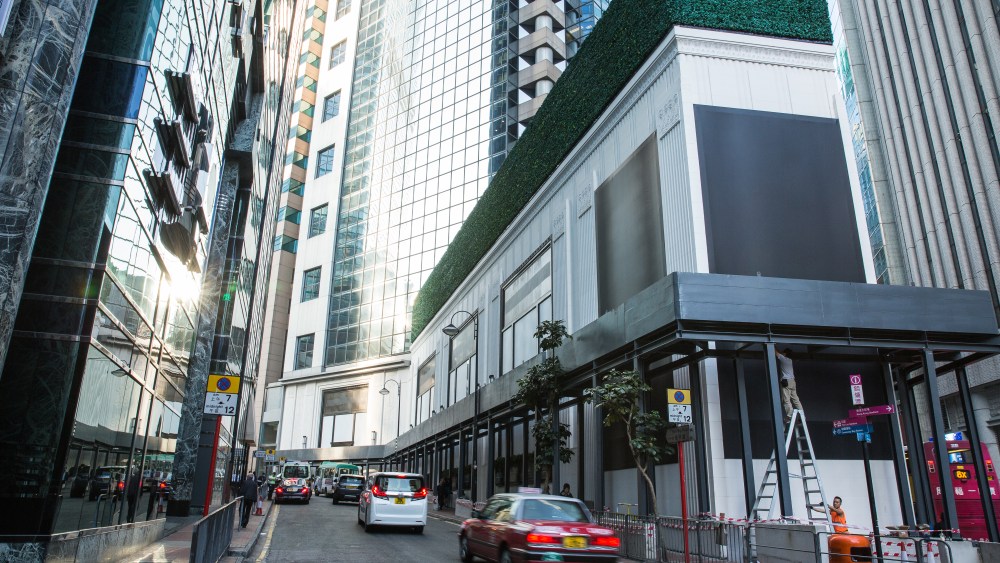 Abercrombie & Fitch and Forever 21 have similarly announced plans to shutter their Hong Kong flagships amidst the slowdown. Last year Coach made headlines for closing one of its biggest stores in the city. It’s likely they won’t be the last of the brands looking to reduce their footprint in what was once the holy grail of destination shopping for Chinese consumers. Luxury goods players like Louis Vuitton, Gucci, Chanel and Dior are highly exposed to the market with large networks of stores. On the lower end of the spectrum, Louis Vuitton has eight stores here while Dior has 15 and that is even before considering the latter brand’s beauty business.

Pascal Martin, a partner at consultancy OC&C Strategy explained that Hong Kong no longer plays a pivotal role in brand building for the mainland Chinese market, which was what used to justify such stores, if not the sales.

“Many of these brands had, and some continue, to have more stores in Hong Kong than in their home city. Now, they are investing more in their home city flagship stores including examples such as Louis Vuitton on the Champs-Elysees in Paris and Burberry on Regent Street in London, putting more emphasis on their roots and history, serving Chinese tourists who have upgraded their travel destinations to such global capital cities,” Martin said.

While some retailers have noted a recent pickup in Hong Kong sales, such as Lane Crawford, it’s becoming increasingly difficult to see how Hong Kong will ever fully reclaim its mantle as a must-shop destination for Chinese tourists, according to observers here. It’s easier than ever for Mainlanders to secure visas for other countries so they can travel further afield. Meanwhile, mainland China has plenty of its own malls and retail infrastructure to satisfy shoppers at home. On top of all of that, simmering political tensions between Hong Kong and mainland China — and reports of friction between Hong Kong sales associates and Mainland customers — further diminish the city’s appeal.

“It used to be the gateway of China,” said Laurence Lim Dally, managing director of Hong Kong-based research and consulting firm Cherry Blossoms. She said Hong Kong’s influence in the worlds of fashion, culture and entertainment, which once dominated the region, has diminished over the years. Also Hong Kong has not done enough to expand its image beyond competitively priced shopping to offer travelers more cultural experiences and varied attractions — things Chinese tourists are taking into account when planning trips, she said.

“I think it’s really a long-term [trend],” she said. “It will be very hard to reverse this trend.”

The city’s retail sales figures may be improving — the latest numbers for October show the decline has steadily decelerated — but that was compared to a base last year that’s already low, observed CBRE Hong Kong’s executive director for retail Joe Lin.

OC&C Strategy predicts that the wave of store closures in Hong Kong will continue for up to two years before returning to a somewhat “normal” state. Most tenants will try to wait out the contract instead of occurring high penalties, said Martin.

Jocelyn Cheung, a research analyst with Euromonitor International, also said she is expecting to see more luxury-goods stores close as budget-conscious retailers spring up in their place.

“As rental rates [fall], consumer spending power weakens and tourist numbers fall, prime shopping districts that were previously occupied by luxury brands are now being taken up by mass market retailers,” she said, citing Fast Retailing’s recent announcement to bring its fast-fashion brand GU to Hong Kong next year and the opening of more outlet stores in the city. Adidas took over Coach’s old space in the Central neighborhood of Hong Kong, another example illustrating the trend.

Dally said brands with an extensive network of stores in Hong Kong are somewhat stuck. On the one hand, closing unprofitable stores in high-rent districts makes good business sense but the shuttering of a high-profile store makes a bad impression on consumers, she said.

“In terms of image, closing a store is always detrimental to the brand image,” she said. “[But] if you have too many stores, it’s actually detrimental to your image because then you become too accessible.”

CBRE’s Lin said Hong Kong rent prices have shed as much as half of their value over the past few years.

Similarly, property firm Savills said that street shop rents are down 50 to 70 percent from their peak.

“We are seeing a tenant’s market for street shops emerge for the first time in almost 20 years, and there are some great deals out there for those looking to take advantage of the situation,” Savills said in a recent report. “On prime streets retailers are tending to renew at a 30 to 40 percent discount while in secondary areas we are seeing increased vacancy.”

According to Knight Frank, the space Forever 21 is pulling out of next August will be leased by Victoria Secret at a monthly rental of $7 million Hong Kong dollars [about $900,000], about half of what Forever 21 was paying.