The city's retail association predicts first half sales could shrink by up to half.

Protective hats for sale at a shop in Hong Kong.

SHANGHAI — Hong Kong’s retail sales fell further in February with the city experiencing a 44 percent plunge compared to the year prior, leading the city’s retail association to predict that first-half sales could shrink by up to half.

The drop widened from January when sales fell 21.4 percent year-over-year. Taking the first two months together to account for the different dates of Chinese New Year — it fell on Jan. 25 this year but on Feb. 5 last year — sales decreased by 31.8 percent.

Discretionary and tourist-driven categories continued to be the most hurt. Sales of jewelry and timepieces were down by 58.6 percent; apparel plunged 49.9 percent; medicines and cosmetics declined 42.7 percent; department stores dropped 41.4 percent; footwear and accessories fell 43.1 percent, and optical shops were down 28.6 percent.

The sole two categories to rise were supermarket sales, which grew 11.1 percent, and fuel, 6.5 percent.

“The drop in February was within our expectations,” said HKRMA chairwoman Annie Yau Tse. “So if March and April is around the same with drops of around 40 to 60 percent, we think for the first half the decrease will end up being somewhere in the 30 to 50 percent range.”

Although she noted that foot traffic had improved some in March, it had not translated into many sales. The city, which has a less developed e-commerce and logistics network than mainland China, is less easily able to pivot to digital to offset the weakness in brick-and-mortar sales.

“You see more people on the street [in March], but the consumption is still very, very weak,” Tse said.

In any case, that foot traffic could dry up. After initially getting the virus outbreak under control in February, the city recently saw an uptick in new coronavirus cases due to returnees. That led the government over the weekend to unveil a new ban on gatherings of more than four people. The measure joins an existing mandatory two-week quarantine on all visitors to Hong Kong.

The month of May is facing a tough base comparison given annual holidays that fall in the month, which typically would lure mainland Chinese shoppers, but June onward, the comparisons get easier due to last year’s disruption caused by political protests.

The South China Morning Post reported that the vacancy rate on Russell Street in Causeway Bay — for many years, the world’s most expensive main street, surpassing Fifth Avenue in New York and Avenue des Champs-Élysées in Paris — had risen to 10 percent as anchor tenants like Prada and Louis Vuitton packed up and left.

The paper quoted local legislator Shiu Ka-fai, who represents the wholesale and retail sector, saying that landlords were too slow-moving and reluctant to give meaningful aid measures. “Some landlords have thousands of leases to go through, and by the time they discuss it with tenants one by one, some will have already gone out of business by then,” wrote the SCMP.

Tse had similar words. “If the concessions were 10 or 20, maybe up to 25 percent but your business has dropped 60 percent then you’re forced into a dead-end,” she said. 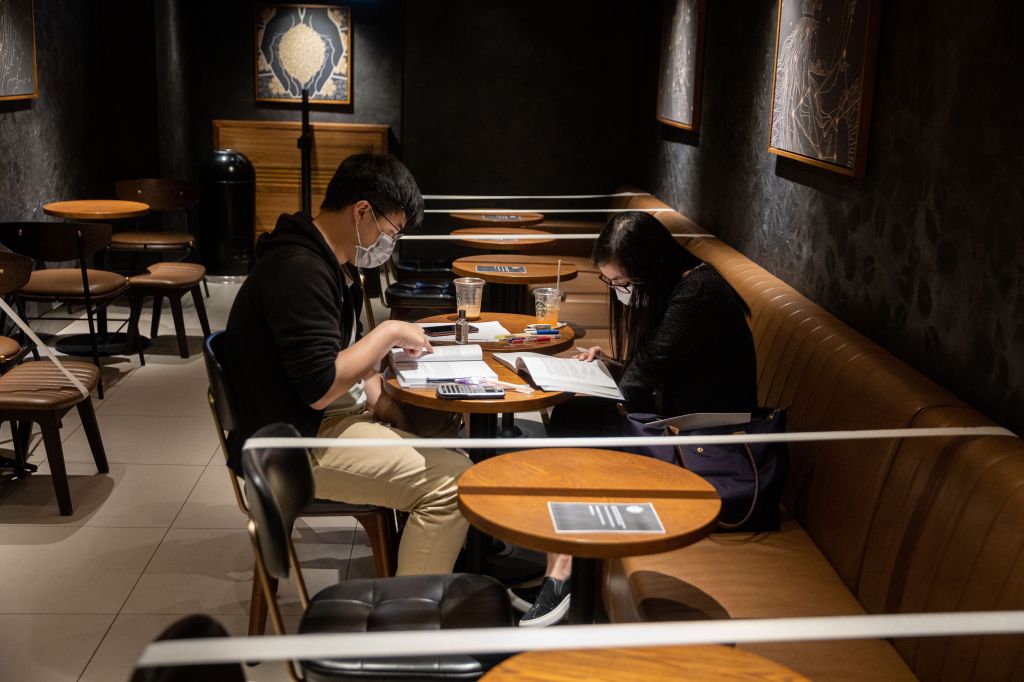 A branch of Starbucks in Hong Kong enforces social distancing among its customers by taping off tables and chairs.  JEROME FAVRE/EPA-EFE/Shutterstock 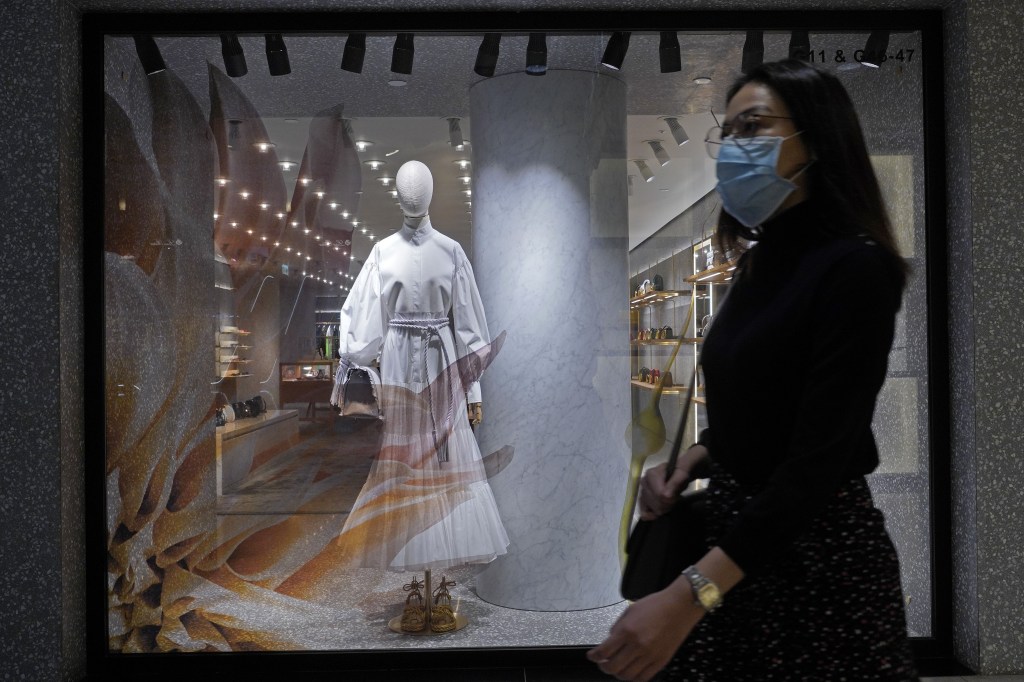 A woman wearing a face mask walks past a fashion boutique in Hong Kong.  Vincent Yu/AP/Shutterstock