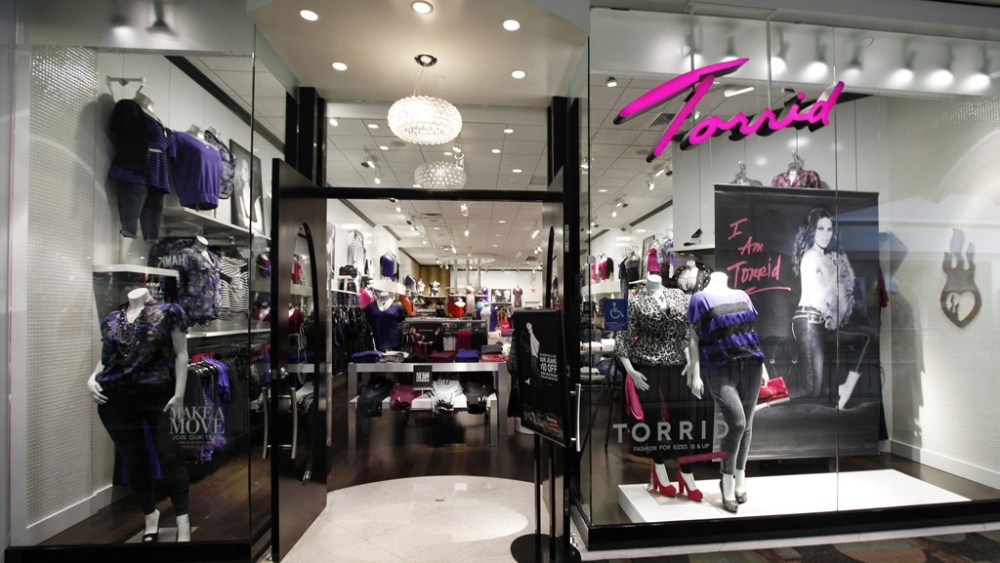 Hot Topic Inc. chief executive officer Lisa Harper thinks the company’s Torrid division can win over plus-size female shoppers by treating them like who they are: women.

While Torrid last year represented only 19 percent of Hot Topic’s store count, Harper asserted it can overtake Hot Topic in sales and profits by offering relevant fashion to a customer base that few retailers have figured out. She’s making aggressive moves to get it there by pushing Torrid’s store expansion, upgrading the merchandise and launching a rare national advertising effort to raise awareness for Torrid’s message that plus-size shoppers don’t have different desires from the majority of shoppers because they are, in fact, the majority.

“She wants to look like everybody else. She is everybody else. She’s more than half of the population. We are serving up not an explanation, not an apology, not a Band-Aid. We are just going full force into fashion for this woman, and she’s loving it,” said Harper. If the strategy works, she continued, “In a few short years, Torrid’s profitability and total revenue will be at or above Hot Topic’s contribution.”

Changes at Torrid have been both in tone and product. When Harper was named Hot Topic’s ceo in November, she recalled Torrid fell into the same trap other retailers do of regarding plus-size customers as some sort of distinctive species. “It was very diva-licious. It was over-the-top. Everything had to have crazy sparkles, and it was very oriented to going out,” she said. “It all came from the market, and it was somebody’s idea of what a large-size girl should be wearing.”

Instead of bringing in clothes from 150 vendors, Torrid has switched to a vertical model. The model helps Torrid gain margin, and it also gives the retailer more control over the look and fit. This year, the focus for Torrid is on denim, which, to Harper, provides the foundation for purchases at the store, and intimates, a category that Harper estimated could be a quarter of Torrid’s sales, but is languishing in the midsingle digits. Apparel accounts for 75 percent of Torrid’s sales.

Kate Horton, the former vice president, merchandising and sourcing for Soma Intimates’ foundations division who was announced as Torrid’s vice president and general merchandise manager last month, said the Torrid customer, typically a 24-year-old shopper, “wants to be just as fashionable as the next girl, and we can deliver that to her and then add on superior fit where you just don’t grade up a size six, you are actually fitting to her body and making her look amazing.”

Torrid had 142 stores at the beginning of the year and is on track for 192 when it ends. In the next five years, Harper said the chain could have 500 or more stores. At 2,900 to 3,200 square feet, the stores are becoming slightly larger as strip centers become a bigger part of Torrid’s retail geography. Twenty percent of all stores will be in strip centers by the end of the year. Even as Torrid enters strip centers that are less crowded than regional malls, Harper said the chain’s sales per square foot — $342 last fiscal year — aren’t declining. For the second quarter ended July 28, Torrid’s comp-store sales gained 4 percent, and its net sales climbed 13.1 percent to $43.8 million.

“Those [strip center] stores are paying back in less than 18 months, which is great,” said Harper. With the strip center stores’ reduced occupancy costs, she added, “Layering in that margin improvement that we are getting from going vertical really is a great margin story. What we see in those stores is lower traffic, but higher conversion and higher average transaction, so the customer is definitely coming as a destination, and they are spending more once they get there and that is happening at a faster rate when we open them than we expected.”

As Harper sees it, a critical challenge Torrid faces is making sure shoppers know about it. That’s why she’s intent on increasing its ad budget, although she wouldn’t divulge exactly how much it is or how much it is rising. For the first time in many years, Torrid is placing ads in national magazines starting with the September issue of Cosmopolitan. Photographer Ellen von Unwerth shot the ad images of model Candice Huffine in June in Los Angeles. The ad campaign’s tag line is “I am Torrid,” and the central image for September is of a topless Huffine gripping a pillow and wearing Torrid’s new slim Stiletto denim style. Harper underscored that Huffine is a size 14, the median size of American women. Torrid’s sizes go from 12 up.

“We chose Ellen because she’s extremely talented and renowned for her portraiture of women. The way she portrays them is powerful and sexy and sweet and irresistible,” said Lisa Stanley, vice president of marketing for Torrid. “We want this to be aspirational marketing and branding, and we chose the mantra ‘I am Torrid’ for something that is memorable and almost a call to action.”