House of Fraser is this week set to reveal "record" sales for the year ended in January, according to a source familiar with the company. 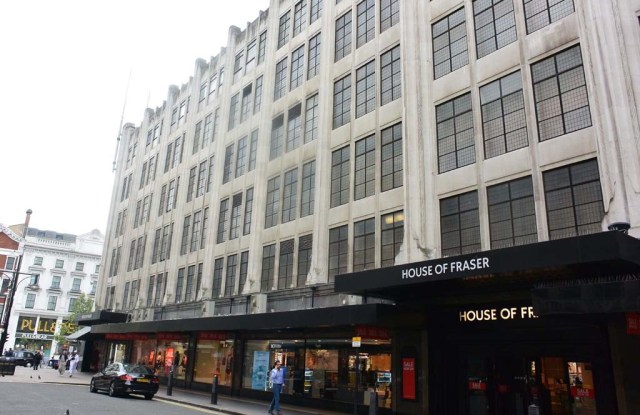 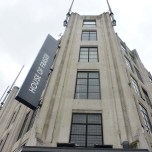 LONDON — House of Fraser, the British department store chain that’s poised to become part of China’s Sanpower Group, is this week set to reveal “record” sales for the year ended in January, according to a source familiar with the company.

The store, which posted sales of 1.2 billion pounds, or $2 billion, in 2012-13, will release its 2013-14 figures at the same time that Nanjing Cenbest, a publicly quoted subsidiary of Sanpower, makes an official announcement to the Shanghai Stock Exchange regarding its intention to acquire the British retailer.

On Saturday, Nanjing Cenbest said it had signed a definitive agreement to acquire 89 percent of House of Fraser, in a deal that values the latter at around 480 million pounds, or $804.3 million at current exchange.

The deal, revealed in a joint statement from Nanjing and House of Fraser, is due to close in four months, and is subject to conditions including the approval of Nanjing Cenbest shareholders and Chinese regulatory clearances.

Yuan Yafei, founder and chairman of Sanpower, underlined his global ambitions for House of Fraser in the statement Saturday.

“We have always been looking to invest in strong brands like House of Fraser, and take them to the next level of growth. With House of Fraser, we see significant opportunities to develop the business further and replicate the already successful model in international markets, in particular in China.

“We are very much looking forward to working closely with [House of Fraser chief executive officer] John King and his management team to enhance the business and unlock [its] potential to become a leading global brand,” he said.

House of Fraser has 60 locations across the U.K. and Ireland, and a robust Internet business. In the six months to July 27, online sales excluding value-added tax increased by 57 percent, with click-and-collect services driving higher footfall into the store, the company said.

Jonathan Smith, director of Hot Pot Digital, a London-based agency that specializes in marketing to Chinese consumers, said it’s a key time for Chinese businesses to go international, and pointed to the acquisition of Sunseeker Yachts by the Chinese conglomerate Dalian Wanda in June.

Smith said the big Chinese investors tend to have shopping lists, and on those lists are foreign brands, “so they can call themselves international groups. House of Fraser is right there on Oxford Street. It’s a badge of honor, a heritage brand, and [Sanpower] gets to add the address to its portfolio.”

He said brands with heritage are particularly seductive for the Chinese, who are rapidly developing a variety of industries and businesses. “They are not able to develop a sense of heritage, so the traditional British brands stand out. They [want] names with stories to go with them,” Smith said.

According to British press reports, Sanpower plans to open at least 20 shops across China under the name Oriental Fraser, with the first one in the company’s home city of Nanjing.

Smith said the Chinese consumers were more than ready for a new department store offer.

“Consumers in places such as Beijing, Shanghai and Guangzhou are used to malls, to multibrand retailers and to spending the day somewhere they know well. They know Harrods, Saks Fifth Avenue and Bloomingdale’s — department stores with heritage appeal —and they are used to combining tourism with shopping,” he said.

The House of Fraser board has already approved the transaction, and the store’s executive chairman Don McCarthy said he would step down on completion of the deal.

Going forward, McCarthy said the plan is to continue to grow and invest in the business in the U.K. and Ireland. He said that would “provide a strong platform from which to expand the brand in international markets and to further develop our multichannel, stores and premium fashion offering.”

Some, however, believe the future might not be so rosy for House of Fraser’s new owners.

George Wallace, ceo of the European consultancy MHE Retail, said that in five years’ time, it is likely the retail landscape will be further skewed toward e-commerce, “and the Chinese will likely find themselves with a lot of expensive [store] space to maintain, space that needs investment and refurbishment. Looking forward, the cards are stacked against having a big portfolio of large stores. It’s a difficult model if you want to be profitable.”

Wallace pointed to John Lewis, another profitable British department store chain with 41 stores and a thriving click-and-collect business. He said that company’s smaller portfolio of stores in thriving cities, coupled with its strong Internet offer, was a more promising proposition than House of Fraser, which has more stores, some of which are located in towns that are in decline.