Retailers are wooing high-spending clients with the kind of exclusive experiences previously linked with the rarefied world of haute couture.

A private reception room at Le Bon Marché in Paris.

PARIS — A night at the Paris Opera; a visit to the Louis Vuitton workshops near Paris; a helicopter ride to a Bordeaux vineyard: Paris department stores are pulling out the stops to woo high-spending clients with the kind of exclusive experiences previously linked with the rarefied world of haute couture.

Private salons, personal shoppers and valet parking are par for the course these days at Galeries Lafayette, Printemps and Le Bon Marché. But for those with deep pockets, they are willing to go the extra mile: think tickets to fashion shows and private soirées at museums, or even organizing your surprise birthday party. Catering to that clientele, especially Europeans, is likely to be even more of a priority for the near future as tourism from the all-important Chinese consumer slides due to the ongoing coronavirus crisis, which is expected to have a significant impact on luxury goods spending over the next few months.

“The idea is to give our customers access to things that are out of reach even to people with a lot of money,” said Laurent Schenten, director of the customers and services division at the Printemps flagship on Boulevard Haussmann.

Competition is about to become even fiercer, with the reopening this spring of La Samaritaine, the department store owned by LVMH Moët Hennessy Louis Vuitton that was shuttered 15 years ago and has been refurbished as a mixed-use site including a Cheval Blanc hotel, the exclusive chain’s first urban location.

The store will be operated by DFS, LVMH’s travel-retail business, since the luxury conglomerate expects international visitors to account for the majority of sales. But Paris retailers, who aim to leverage its reputation as the global capital of fashion with world-class services, say they are equipped for the challenge.

“The arrival of La Samaritaine among top-end department stores does not change a great deal,” said Alexandre Liot, director of Galeries Lafayette’s Boulevard Haussmann store. “We’ve been working on the luxury offer at the Haussmann store for several years now.”

Its private salon, named La Suite, is decorated by India Mahdavi and features a rotating selection of artworks on loan from gallerist Emmanuel Perrotin, all for sale, naturally. Galeries Lafayette recently launched a members’ club with exclusive advantages, though Liot was secretive about the details. 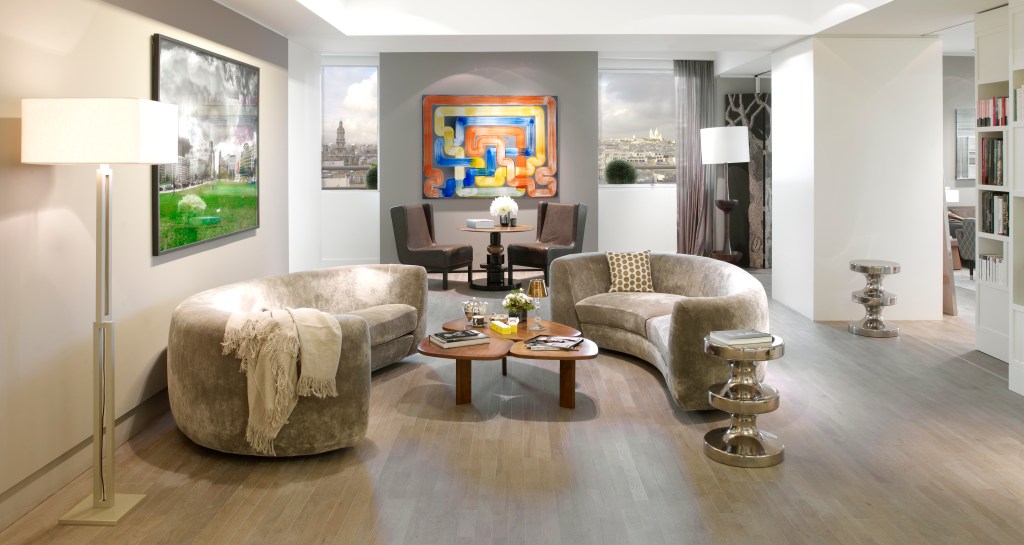 Le Bon Marché last year unveiled its Salons Particuliers, a series of apartment-style rooms that can be accessed via a private elevator. The department store, which is also owned by LVMH, has been organizing intimate events for years, but lacked a dedicated space to welcome guests.

“It’s an extension of the store, with a setting that allows us to do things we couldn’t necessarily do before,” said Catherine Newey, buying director at Le Bon Marché. The former office of chief executive officer Patrice Wagner has been turned into a wood-paneled reception room where male customers might peruse rare watches.

Customers can book hair and makeup sessions in a boudoir-style salon, attend Champagne tastings and trunk shows, or shop using connected mirrors, accompanied by one of the store’s 15 personal shoppers and stylists. But Newey insisted the space was not just reserved for its top clients.

“Today, our sales associates can propose this experience to any of our customers who wish to discover the space and live a privileged moment. It’s not something exclusive,” she said. “We can organize events for a small group of clients — dinner for 50, or almost one-on-one — but we can also do things on a larger scale.”

Printemps has perhaps the longest track record of courting high-net-worth individuals. Printemps ceo Paolo De Cesare recruited Schenten in 2009 from Hyatt Hotels in a bid to bring hospitality sector expertise to the store as it repositioned itself with a luxury focus.

“We built a whole organization and strategy in 2010 based on service, and the idea that shopping alone should no longer be the only criterion motivating a customer to choose a specific store,” said Schenten.

“In this kind of environment, we ask our teams to look beyond revenues and to focus on advice, services and personal relationships. When you target the right kind of customer, the revenues follow almost naturally,” he added.

Schenten’s teams have been known to travel with customers as far afield as Asia. Recent events included a high-jewelry launch in Dubai, a fashion show by a fur brand on the rooftop of a Paris luxury hotel, and a talk at the store between Balmain designer Olivier Rousteing and documentary maker Loïc Prigent. 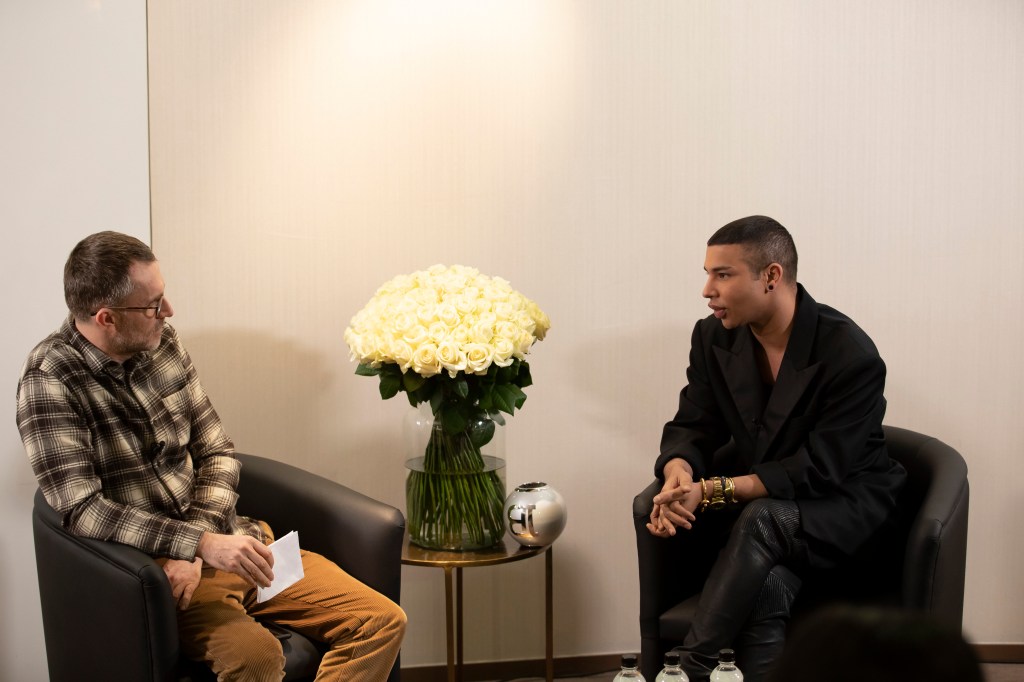 Loïc Prigent and Olivier Rousteing in conversation at Printemps.  Courtesy

Several times a year, Printemps organizes three-day visits to the Gucci workshops in Florence for groups of eight to 10 customers. It has also set up events with brands in sectors not represented at the store, such as sailing, golf, automobiles and skiing — all seen as good fits for its clients’ lifestyles.

“We offer customers something completely out of the ordinary,” said Schenten.

“The idea is always to think out of the box and use the principle of a department store, which is mixing categories and brands, to introduce customers to other products and try to surprise them. So, for instance, if a client is very focused on high jewelry, we’ll try to introduce her to fashion or accessories brands,” he said.

Newey noted that Le Bon Marché, which is less reliant on tourist shoppers than its Parisian counterparts, has a high proportion of regular customers.

“We’re almost more like a concept store than a department store. Our customers can shop anywhere, so we try to have the most original offer we can, with exclusive brands and selections and events,” she said. “We try to bring them something they can’t find elsewhere, regardless of the amount of money they spend.”

Still, with its historic relationship with the neighboring Lutetia hotel, and organic links with LVMH’s network of 75 brands spanning from Champagne to beauty to fashion, Bon Marché has a natural footing in the luxury sphere.

“We have clients who have everything and can buy anything, and who like us to bring something with a bit of soul that goes beyond a commercial relationship,” said Newey. “We take them to the opera, to fashion shows, to jewelry or watchmaking workshops, or to the Vuitton ateliers in Asnières, for instance.”

The Bon Marché teams particularly enjoy spending time with VIP customers at social events, like the party it hosted at the Musée Maillol last year, she reported. 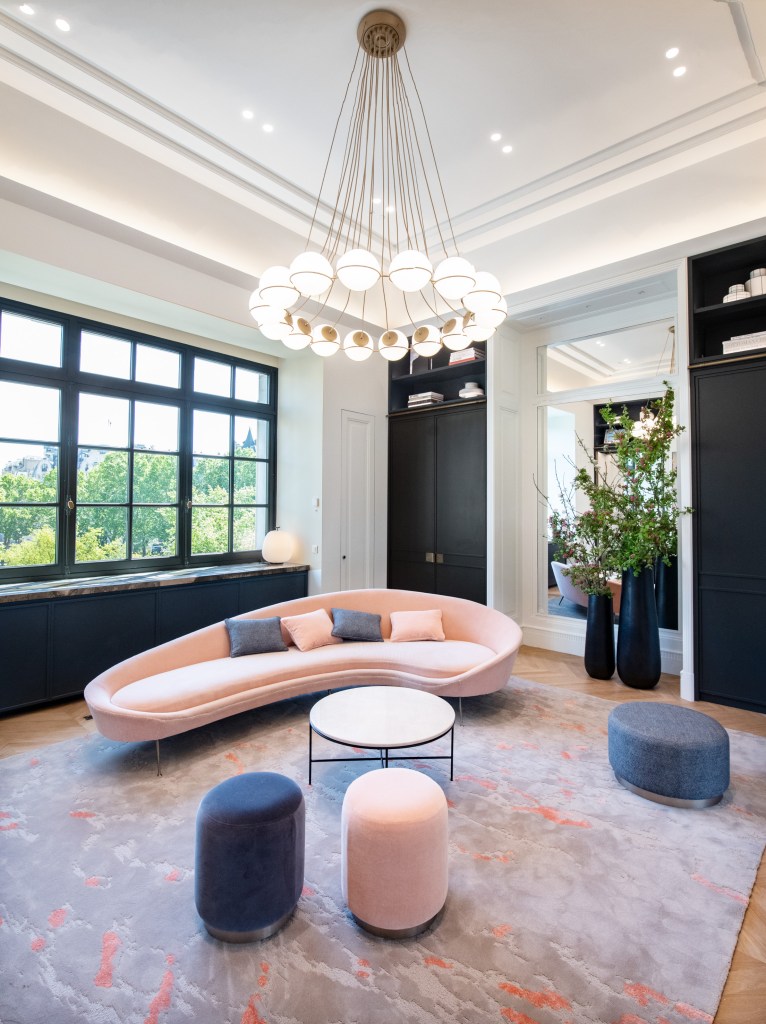 Schenten at Printemps wasn’t kidding about the personal touch. “Personal shoppers have been present for weddings, birthdays and even divorces,” he said. “I think we have reached a very high standard in this personalized relationship that places us on the same level as the British, who together with us are the reference in this field.”

He noted that convincing luxury players to come on board was not easy at first.

“We thought we had the legitimacy to do this, but for the brands, it was new. Once we started working with two or three brands, others followed, and today there is a very strong demand from brands to introduce them to customers and help them organize events,” he said.

“It’s a few hundred clients, but with very significant purchasing power, since we’re talking about hundreds of thousands, or even millions of euros, for many of them,” Schenten said. “It’s a real driver of growth and has been key to the repositioning of Printemps.”

Liot at Galeries Lafayette played down the importance of the monetary return. “Of course there is an economic impact, but that’s not the linchpin for us. The key thing is to work with these people in the medium term and to be a reference for them when they want to treat themselves,” he said.

“They expect service with a capital S. That’s what makes the difference,” added Liot. The store caters to individuals and small groups, with treats ranging from tickets to the Roland-Garros tennis tournament to a flying visit to the Château Beauregard vineyard, owned by the Moulin-Houzé family, which runs Galeries Lafayette.

He noted that while jewelry and watches continue to rake in the largest sales, consumption habits are changing even among the 1 percent.

That means taking a gamble sometimes that a modest spender may turn into a premium customer. “There are people today who are members of our Club La Suite, but who have yet to spend millions of euros in our stores,” said Liot. “We see them almost as guests or as friends, rather than customers.”