A look at Macy's-backed Fashion Incubator of San Francisco, and its latest crop of designers-in-residence.

Plucking ripe fashion talent and cultivating it has been the Fashion Incubator of San Francisco’s mission for eight years. But today, those efforts amount to more than just charity. The group’s raison d’être looks like an urgent calling.

In a roiling retail environment that’s on track to surpass 9,300 store closures, finding and featuring fresh eyes and new talent might be less prescriptive than mandatory.

Consumers are making it clear that, beyond convenience and discounts, what they really crave are distinctive products. It’s no surprise that the major trend right now is personalization. Shoppers don’t want to look cookie-cutter — they want uncommon goods, and they’ll flock to fresh brands that resonate with them.

Enter Macy’s and the FISF.

With major backing from Macy’s and Bloomingdale’s, the Bay Area nonprofit has been supporting designers-in-residence every year since 2012.

“Designers get out of fashion school, and that’s great, but they have really no sense of how they’re going to make money,” said Betsy Nelson, FISF’s cofounder and former vice president of media relations and cause marketing for Macy’s West Coast regions.

“So through FISF mentorship and educational programs, they are taught the business side of the business, as well as being exposed to manufacturing possibilities and social media,” she continued. “So we have a whole network of mentors that work with the designers.” 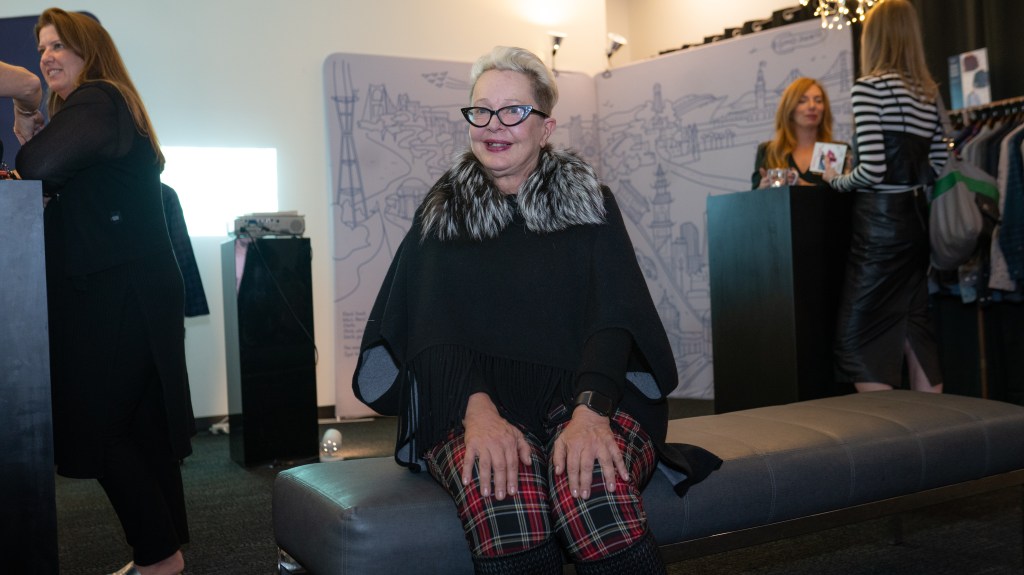 Jeanne Allen, of Jeanne Marc, is secretary treasurer for FISF. Here, spotted at the incubator’s holiday party at Bloomingdale’s in San Francisco on Tuesday.  Courtesy photo

The program was modeled after the Chicago Fashion Incubator at Macy’s on State Street, and features a leadership and board that includes Nelson, Jeanne Allen, who ran the Jeanne Marc brand, and others who hail from Bloomingdale’s, Macy’s, Levi’s and others, like Bank of America and Uber.

The group has shown an eye for rising talent that is ready to elevate their businesses — like DiarraBlu. The founder, Diarra Bousso, is a Stanford-educated Senegalese mathematician whose algorithm-fueled designs have been attracting an enthusiastic fashion fanbase. 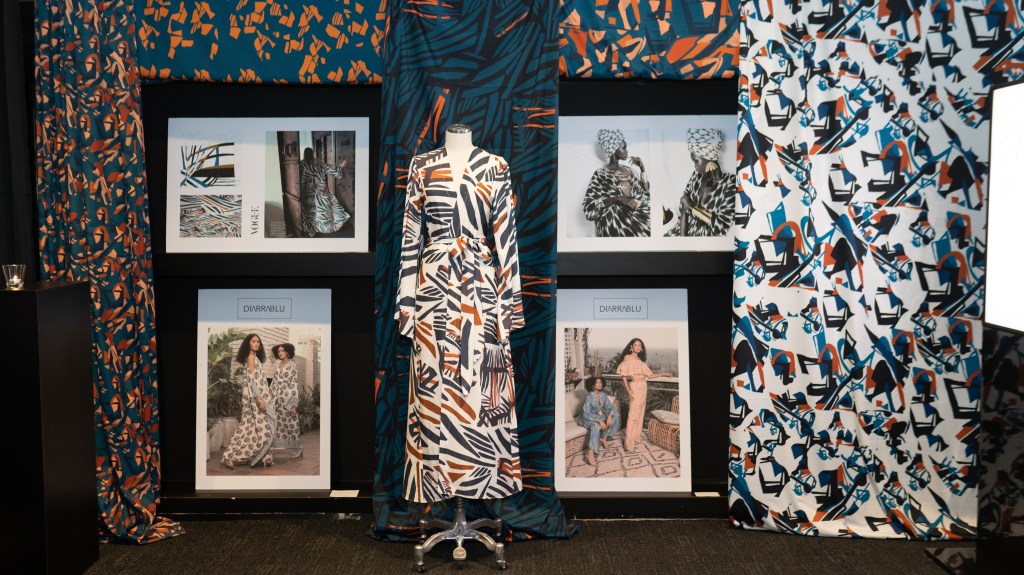 Designs from DiarraBlu are based on mathematics and algorithms.  Courtesy photo 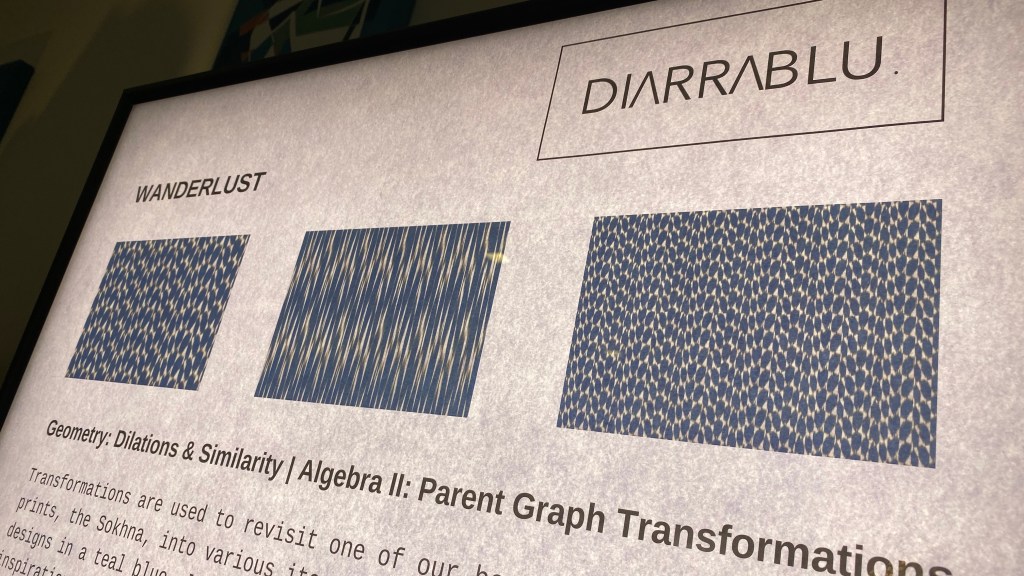 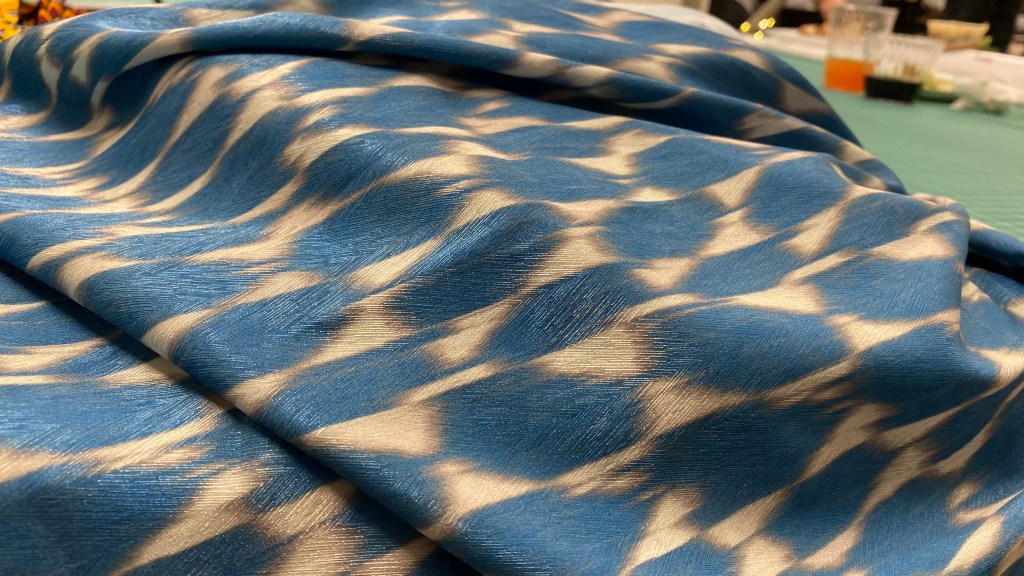 As a self-dubbed “creative mathematician,” she leans into flowing looks with patterns created by equations and algorithms. The results look strikingly organic — which makes sense, considering that fractals and Fibonacci sequences are often found in nature.

The concept: One formula can yield a unique, repeating pattern. But with a step change to the math, the results can yield a different look. And so, Bousso can create a practically limitless range based on minimal tweaking.

“I think about everything in terms of solving a problem, going back to find again and applying it to the areas of design,” Bousso explained to WWD. “So in terms of iteration, you’re repeating an activity. But each time you make an incremental change, hoping that it gets better inside the philosophy behind design thinking.”

That mind-set and efficiency also meshes well with Bousso’s sustainability focus. Instead of producing a large run of items based on static prints, the brand can do smaller runs with adaptable algorithms. And if there are leftovers, she even uses them or remnants to create new products.

DiarraBlu’s growing fanbase makes for a notable FISF success story. The brand has garnered press and hosted successful events at Bloomingdale’s, most recently a trunk show in November. At the nonprofit’s holiday party this week, Bousso described the next event as a math lab, where the public can come and work on equations or color in patterns. The start-up will also soon take over the entirety of FISF’s front featured area.

Of course, Bousso isn’t the only designer-in-residence. FISF chooses six annually to receive the group’s support, mentoring and business education. 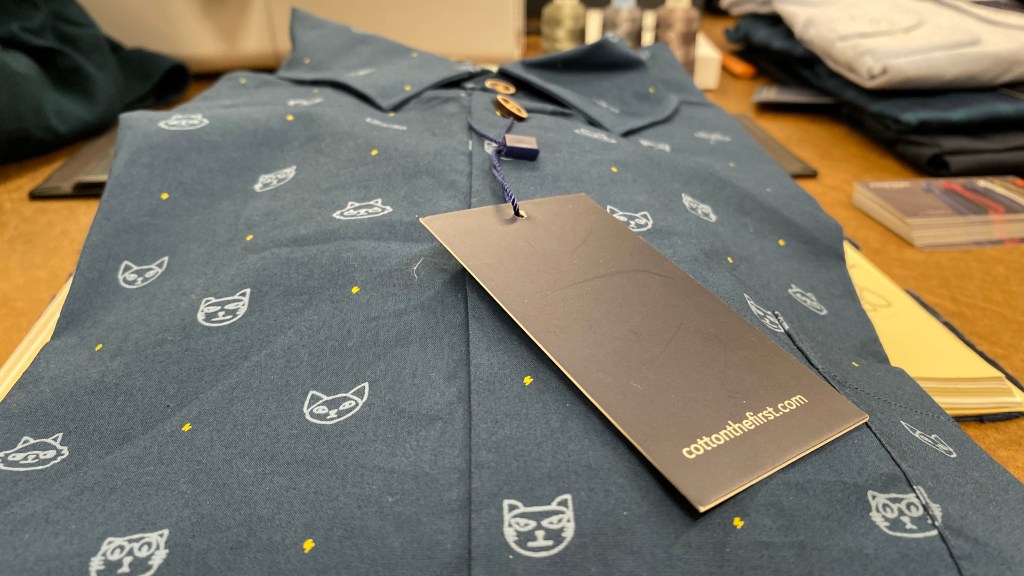 “I wanted to bring it back to something more tactile, something that I can touch,” he explained. “Something that can actually make an impact on people.”

His technical chops come in handy in his fashion business. Suwannaporn takes hand-drawn sketches and puts them through a software program to direct the sewing. Once all is done, and the client receives his or her customized product, the designer donates a portion of the proceeds to causes in support of animals.

The leg up for newbie designers helps ensure a constant flow of new voices in fashion. For department stores like Bloomingdale’s, groups like FISF offer some clear benefits — like featuring new and intriguing brands, without having to front a stockpile of merchandise. It’s a convenient matter as well now, since FISF physically moved into the Bloomingdale’s San Francisco location in the Westfield mall this year. 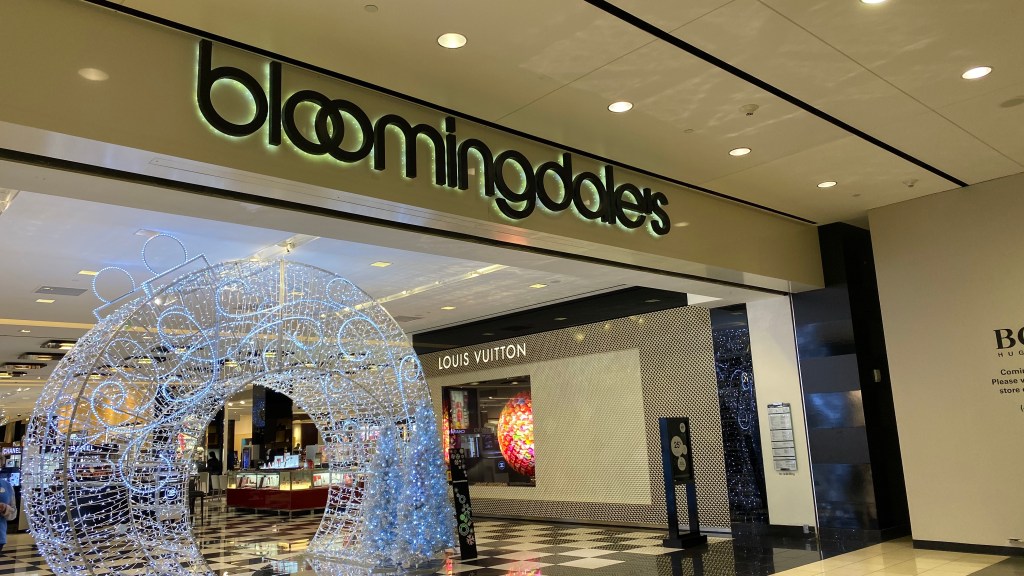 Bloomingdale’s at the Westfield mall in San Francisco.  Adriana Lee 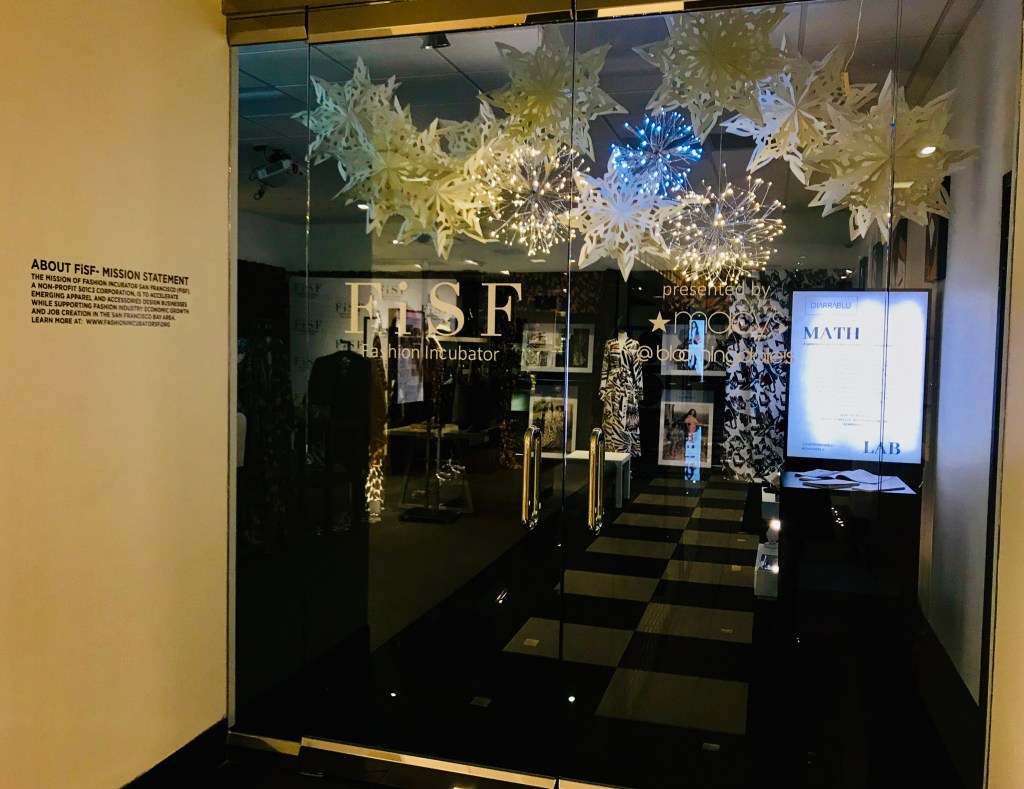 The other clear benefit is aligning the store name with emerging designers.

“Because the big boys are not doing so well, I think people would want something new and exciting, they’re going to smaller people like me,” said designer Sarah Liller, a FISF alum from 2013. “I think having like a small designer is exciting to consumers, because you can form a connection with a brand.

“What I’ve had customers say to me before is, I love shopping from you because I know that there is a Sarah,” she added. “You’re a real person.”