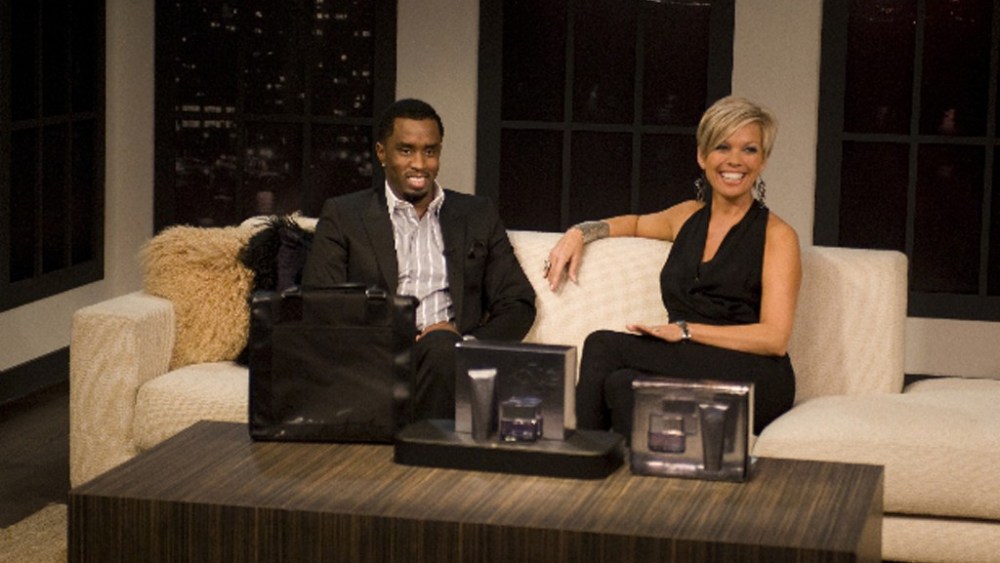 “How do you sell 60,000 bottles of fragrance in a day when no one has smelled it?” asked HSN’s general manager of beauty and merchandising, Betsy Olum. The answer is: “You tell a story.”

In the beauty business for over 20 years, HSN has transformed itself from a relatively undeveloped beauty retailer with a handful of proprietary brands to a robust venue for more than 60 — across the color cosmetics, skin care, hair care, nail care, beauty tools, bath and body and fragrance categories.

“It’s hard to believe that only six years ago 70 percent of our air time was dedicated to four proprietary beauty brands,” said Olum, who named some of HSN’s current best-selling brands as Serious Skin Care, Perlier, Signature Club A and Your Best Friend, which are all exclusive to the network, as well as Lancôme, Shiseido, Wei East, Boscia, Carol’s Daughter and Benefit. “Things have changed dramatically over the past six years.”

RELATED STORY: HSN: From AM Radio to Multimedia Mecca >>

Although prior to the millennium, the direct-sell TV channel hadn’t historically been the first choice for beauty brands, Olum said once chief executive officer Mindy Grossman — who took the helm in 2006 — unveiled her bold vision for the network, things began to shift.

“Mindy’s vision was that HSN would not just be a shopping channel, but an opportunity to provide entertainment and community, said Olum, who added that part of HSN’s updated trajectory included bringing onboard harder-to-find prestige and specialty brands. “Suddenly it became acceptable to sell beauty on television. Brands saw the vision and thought, ‘What a great opportunity.’ It was about volume but also about building a brand’s story. Women [also] opened themselves up to [the channel] and said ‘Yes, I can do this.’”

According to Grossman, “knowing that the beauty category is an entrance point for new customers, we needed to diversify our portfolio with new brands that would attract consumers who may not have considered HSN before. We needed to become a true beauty ‘authority’ and bring product, demonstrations and innovation to our customers. As you can see, we’ve come a long way in transforming HSN into the ultimate beauty destination.”

To that end, Olum said it’s the blend of storytelling, education, accountability and authority that creates a climate of consumer trust — and patronage — for HSN shoppers.

“Unlike traditional and specialty store venues, we have a huge ability to bring [brands] to life,” said Olum, who referenced the runaway success of Mary J. Blige’s My Life fragrance, which, in July 2010, sold upward of 60,000 units in six hours, shattering all existing fragrance records at HSN. “When Mary J. got on and shared her stories, people’s hearts opened up. This was a woman who had a lot of pain in her life and said, ‘This [scent] represents my soul.’ People could not stop calling.”

Sean “Diddy” Combs was another who, in November 2009, blew out of the entire inventory of his I Am King scent in just one hour, prompting the network to cancel its scheduled second hour of programming. Similarly, Jennifer Lopez, who was on HSN in July of 2011, sold more than 51,000 units of her Love and Light scent in six hours of air time, while Eva Longoria’s offering, Evamour, sold more than 8,000 units in two hours in March 2012.

“HSN really gives you the opportunity to become acquainted and intimate with the person who works on the brand and how to use it,” said Olum. “It’s almost like your best girlfriend letting you in on the secrets of the industry.”

With names like Mariah Carey, Kate Walsh and Nicole “Snooki” Polizzi from “Jersey Shore” also on HSN’s beauty roster, it’s clear the network has plenty of personalities to fill the airwaves — sometimes with unexpected results.

“With live TV 24-7 you never know what to expect,” said Olum, who named a few stand out on-air moments, including an impromptu dance break with J.Lo and her mom, Guadalupe, as well as Carey’s memorable — and now viral — post-baby birthing show.

“We’re live television and we are about the truth,” said Olum. “We have the greatest voracity and authenticity of anyone.”

In the instance a guest should perhaps “say something off color or make claims not verified by clinicals,” a five-second delay ensures that nothing is aired that shouldn’t be.

“You can say almost anything you want in a brick-and-mortar [location] but on television you have someone sitting with a red button,” said Olum. “You will never see anything we say or do that is not true. Someone is watching for you.”

Looking to the future, Olum revealed that HSN has plans to extend its storytelling concept beyond the celebrity sphere and into the world of classic fragrances, with a focus on “memory fragrances.”

“These are scents that you know your mom wore or that you wore as a little girl,” said Olum, who named Lancôme Trésor as an example. “There is a whole customer that relates to that kind of classic fragrance.”

Beyond fragrance, Olum said HSN plans to revisit and expand its hair care business, which she says represents the company’s “biggest white space,” as well as take on SPF, sun care and self tanning — a traditionally troubled category for the direct-sell platform — in a more substantive way.

“Telling that [SPF] story is really hard,” said Olum, who revealed HSN’s upcoming — and updated — sun care platform will include self-tanning, body bronzing and sun safety. “This will be a huge initiative to come.”

As far as skin care and color cosmetics, Olum said the one-on-one experience of having an on-air beauty consultant or skin care specialist to explain the product and its benefits is just as important as it is with scent.

“You walk into [a store] and pull something off the linear and unless you get someone to help you, you don’t understand [a product’s benefits],” said Olum, who added that beauty tools featuring innovative technology, like at-home hair remover NoNo, which has sold over 280,000 units since its 2010 launch, have been flying off shelves. “HSN offers the opportunity to visualize and understand and make changes to your regimen however small.”

To do just that, makeup artists like Vincent Longo, Trish McEvoy and Paula Dorf been on to promote and explain their products as have Benefit founders, Jean and Jane Ford, and beauty entrepreneur Iman. Nail guru Deborah Lippmann is also a top seller, selling out of her Forsaken Lip and Nail duo in a mere 34 minutes.

“Our ability to tell the story — how to do a clean face, smoky eye or antiaging routine — and to follow that up online is pretty extraordinary,” said Olum, who added that HSN’s Web site, on which a “significant portion of the beauty business” is conducted, offers customer reviews and expert blogs across all categories. For beauty, HSN also uploads how-to videos, which exist also on HSN’s mobile, Facebook, Twitter, Instagram, YouTube and Pintrest pages, with tips from industry insiders like David Evangelista and Sally Hershberger. “We want our customers to fall in love with our products twice — when they purchase and then again when they receive it,” said Olum. “In terms of being truthful, we have to ensure we are true to both the consumer and the HSN brand at all times. That is how we earn trust and continue to evolve our business.”