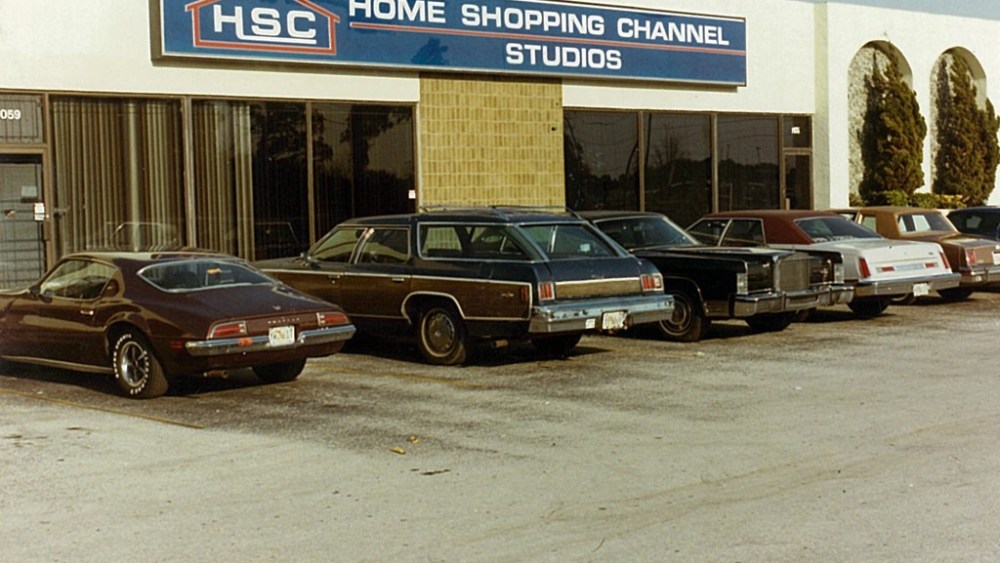 Saying that HSN has come a long way since its founding in 1977 would be a gross understatement.

HSN was born as a fluke when an advertiser on a Clearwater, Fla., AM radio station couldn’t pay his bill. The station owner accepted 112 electric can openers in lieu of cash, which he promptly auctioned over the air. The can openers sold out and led to a regularly scheduled shopping show, “Suncoast Bargaineers.” The concept in 1981 moved to local access cable in the Tampa area as “Home Shopping Channel.” It graduated the following year to a regular local Tampa area cable system. Home Shopping Channel launched nationwide as Home Shopping Club, broadcasting 24 hours a day on cable and local TV. From there, Home Shopping Network began attracting attention. It went public in 1986 on the American Stock Exchange, sold a controlling interest to Liberty Media in 1993, and caught the fancy of Barry Diller, former chairman of Fox Inc., who in 1995 acquired HSN and became its chairman. He is now chairman and senior executive of IAC/InterActiveCorp. HSN was completely spun off of IAC in 2008.

HSN isn’t the only player in the field. QVC was founded in 1986 by Joseph Segel in West Chester, Pa. QVC in 1989 acquired its top competitor at the time, the Cable Value Network. Diller in 1992 purchased a $25 million stake in QVC. In 1995, Comcast purchased a majority stake in QVC, taking control of the corporation. That was the year Diller left QVC to buy HSN. Meanwhile, Comcast in 2003 sold its majority share to Liberty Media.

Other home shopping networks emerged in the early Nineties, but few gained much traction, leaving HSN, a $3 billion multichannel retailer, and QVC, which generated $8.3 billion in annual sales in 2011, to battle for customers and brands. Macy’s in 1993 said it was launching a 24-hour home shopping channel, TV Macy’s. It was backed by network and cable veterans such as the late Don Hewitt, then executive producer of “60 Minutes,” and Charles Dolan, chairman of Cablevision Systems Corp. But it was short-lived. By 1995, Macy’s parent, Federated Department Stores Inc., had pulled the plug on the channel. Another channel, Fingerhut’s S The Shopping Network, was canceled in 1994 shortly before its planned launch.

Diane von Furstenberg, Diller’s wife, was one of the first well-known designers to try home shopping. She recalled her first brush with the venue in November 1992: she sold $1.2 million worth of her Silk Assets collection during a two-hour appearance on QVC. The experience was redemptive.

“It’s not what the clothes were about,” she said at the time, “but it gave me a sense of security. I went from has-been to pioneer again.”

Von Furstenberg in 1996 left QVC and signed with HSN, which Diller had acquired the previous year. “The whole home shopping experience was the beginning of interaction between consumers and the screen,” von Furstenberg told WWD. “I was very lucky that Barry and I had that experience.…It was an amazing experience.”

HSN, which had been through several incarnations, would undergo a major overhaul, with the appointment of Mindy Grossman as chief executive officer.

RELATED STORY: HSN Stays Ahead of the Financial Curve >>

Andrew Sheldon, executive vice president of television, live events and creative, helped Grossman reinvent HSN in 2007 with new sets, graphics and on-air presentations, as well as an updated hsn.com. He’s now in the throes of retooling the network once again.

“We are completely omnichannel,” said Sheldon, who is now working on “the integration of social media into the HSN mobile app. Already, you can watch a high-definition feed of HSN on every platform. Now, you can chat while you’re watching. The HSN host is able to see those chats and can say, ‘So and so has a question about…’ It’s becoming this entire full circle of integration. During some shows we’ll have a Twitter feed running on air.

“We’re about to launch a media lounge within the TV studios,” Sheldon said. “It will be a space where a guest can use all the social touch points before or after they go on the air. We’ll say, ‘Queen [Latifah] is now in the media lounge. She’s on Facebook if you want to talk to her.’”

Prior to the 2007 makeover, HSN hosts “used to grab your hand and take you to the till before we told you what the product was,” Sheldon said. “Early in the changes, I tried to create a format where the host and guest would sit on a sofa and talk about the product. We sit much more when we’re presenting than we’ve ever done. There’s no reason why our food shows can’t be like the Food Network and our home shows like HGTV. We have seen continual growth since we made the [initial] changes” that included new hairstyles and wardrobe styling for on-air hosts. “There’s been a growth in sales, even when the world went through this horrible downturn.”

HSN has become adept at integrating new movies into its programming. For “Snow White and the Huntsman,” HSN created a product collection around the film starring Kristen Stewart that included jewelry by Loree Rodkin and RK by Ranjana Khan, bedding by Hutton Wilkinson and peasant dresses by Colleen Atwood. “It was an unbelievable immersive experience. It was very successful,” Sheldon said.

Another new programming wrinkle is HSN Live Music events, which have featured Mary J. Blige, Lionel Richie, Tony Bennett and Natalie Cole. The concerts are performed in front of small audiences, then posted on Facebook. Of course, the musicians have fragrances or CDs to sell, but the pitch is cloaked in entertainment.

Fashion has been growing and gaining acceptance since Stefani Greenfield, cofounder of Scoop and now chief creative officer of Jones New York, appeared in 2007 on HSN’s “Scoop Style.”

“That was the turning point for us,” Sheldon said. “We were able to shoot it and light it and execute against it. Other designers saw it.”

Designers and brands such as American Glamour Badgley Mischka, Label Rachel Roy, Lela Rose for HSN and Twiggy London “feel that we understand fashion and we understand styling now. We are shooting fashion in various cities and putting huge [ad] campaigns together. We’re putting significant dollars behind fall and spring fashion.”

Sheldon still has a lot on his plate, including the relaunch of hsn.com in the first quarter.

“It’s going to become a very immersive, story-telling experience,” he said. “We did recent photo shoots for fashion and beauty in New York because that’s where the models are that we want to use.”