After Another Quarterly Loss, HBC’s CEO Talks of a Better Future

Saks Off Fifth in Jersey Gardens in New Jersey

Following a tough quarter, Hudson’s Bay Co. sees its performance improving in the second half as the retailer puts streamlinings and restructurings of previous seasons behind it to focus on the remaining Saks Fifth Avenue, Saks Off 5th and Hudson’s Bay divisions.

“I feel good about the holiday,” Helena Foulkes, HBC’s chief executive officer, told WWD on Thursday right after the company reported a second-quarter net loss from continuing operations of 462 million Canadian dollars, or U.S. $350 million, from $104 million, or U.S. $79 million, in the year-ago period. Comparable sales were down 0.4 percent.

The loss included 150 million Canadian dollars to write down the value of deferred tax assets. Early discounting in the quarter, which ended Aug. 3, and store closures, also negatively impacted the results.

Saks Off 5th did see comp sales rise 3.4 percent, driven by new customer growth. It was the off-pricer’s second quarter in a row reporting a comp sales gain.

But comparable sales at Hudson’s Bay in Canada were down 3.4 percent.

“I really feel like we are making progress, particularly when you look at the places where we have made some big leadership changes, such as in digital, at Off 5th and within the marketing organization,” Foulkes said.

“Our net promoter scores are up, inventory is down, SG&A is down and marketing is really fired up.” Among the exec changes over the past 18 months, Marc Metrick, president of Saks, added oversight for Off 5th; Wayne Drummond became chief merchant at the Hudson’s Bay division, and Bari Harlam became chief marketing officer for HBC. 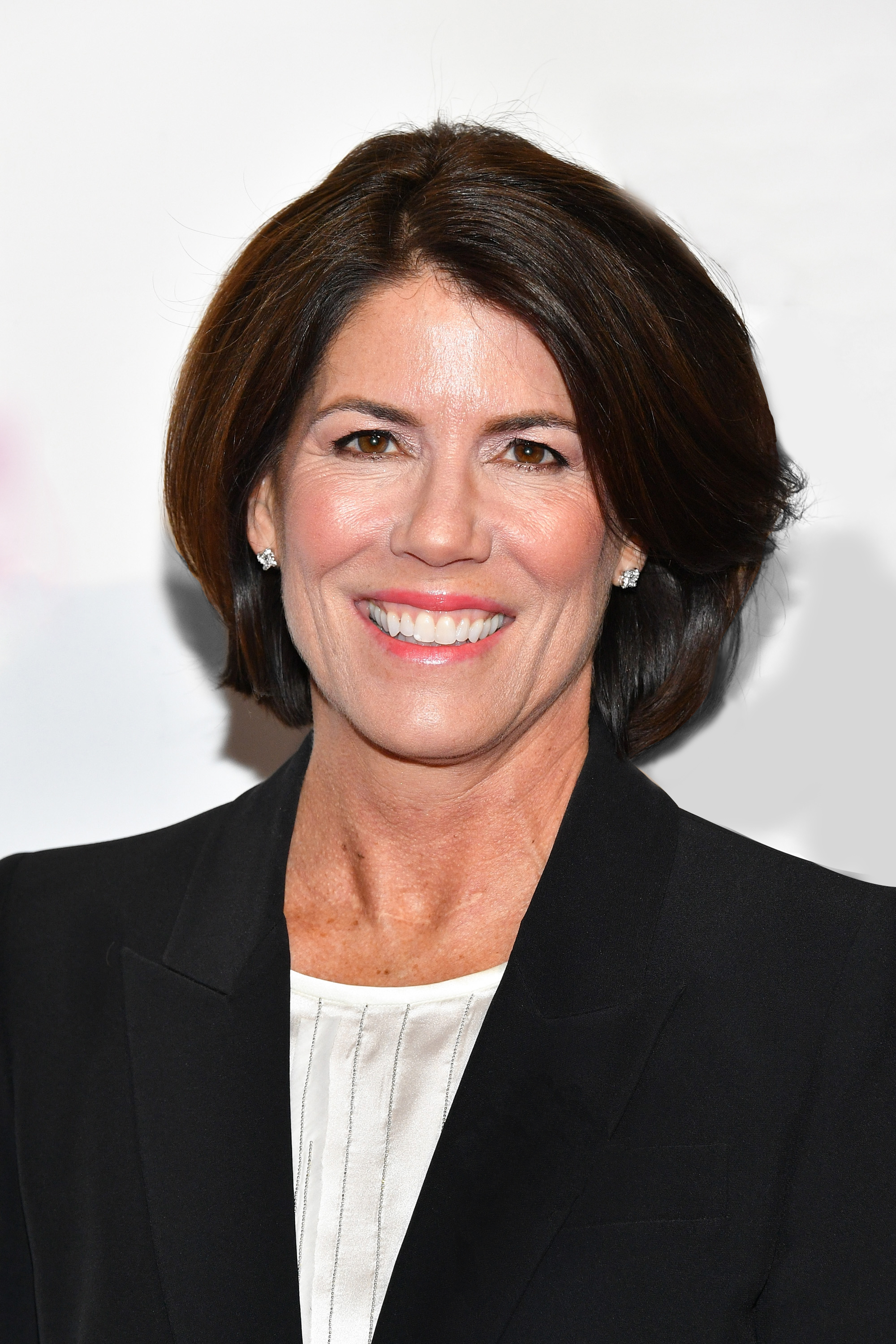 Foulkes, seeing a brighter future for a business that’s been struggling for several seasons and shedding assets to reduce debt, did say that HBC entered fall with a “much cleaner and fresher inventory position from last year” and is “ready for dramatically stronger e-commerce gains.”

“Consumer sentiment is fairly strong and you can see that there are certain retailers performing really well,” Foulkes said when asked about the health of the consumer. “The only weakness we see is around our international tourists. It’s a function of global issues that started in the third quarter of last year. We will start to comp that so it will have less of an impact in the second half.”

“The disappointment has been in the gross margin,” Foulkes added during the interview.

Gross margin declined 530 basis points year-over-year to 34 percent, with two-thirds of the margin decline due to store closings and vendor transitions, involving in some cases a shift from a wholesale to a concession model, mostly at Saks, and also dropping some vendors. The transition to the concession model, Foulkes acknowledged, initially impacts margins but the reduction in inventory commitment ultimately increases the gross margin rate. With the transition to more concession businesses at Saks, Foulkes said, “We are now getting through the lion’s share of it and becoming very consistent with the market.”

For holiday 2019, the Saks flagship on Fifth Avenue “is in a really great position” compared with last year when there was massive construction, Foulkes said. Now the main floor for luxury handbags, sunglasses, soft accessories and travel; the second floor for beauty; the Vault for high fine jewelry and watches; men’s shoes, as well as the escalator linking the main to the lower and second levels, are all complete.

At Saks, men’s wear is currently the fastest growing category, though Foulkes credited the women’s team with doing a “really great job” in distinguishing the assortment and taking market share. Foulkes called the opening of the new men’s shoe floor “a first step in the Saks strategy to double down on men’s.” High fine jewelry and watches represent 6 percent of Saks’ total sales and a “greenfield opportunity,” Foulkes said. The redevelopment of the flagship, which is running slightly above the original $250 million budget, is 70 percent complete.

Further commenting on the outlook, the ceo said, “Our digital performance will continue to be quite strong, and at Hudson’s Bay we are quite optimistic that our sharper edit will start to take hold.”

HBC has been reworking the matrix at Hudson’s Bay in Canada, essentially to modernize the assortment, take it slightly more upscale and form collaborations for exclusives. More than 300 unproductive brands were recently dropped while 100 brands were added including Anthropologie Home, L.L. Bean and Mango. “We went too downscale as we chased the Sears customer,” Foulkes said. She also said the division “tends to be a little modest. We need to be bolder taking credit for our exclusives.”

“We did a thorough review of the Hudson Bay fleet,” Foulkes said during a conference call. “All of our Hudson’s Bay stores are four-wall profitable. There are no plans to change any of the fleet,” though the Queen Street flagship in Toronto to convert one and half floors to WeWork space and that space at other stores might do the same or convert to other uses. “We’re open to lots of different things,” Foulkes said. 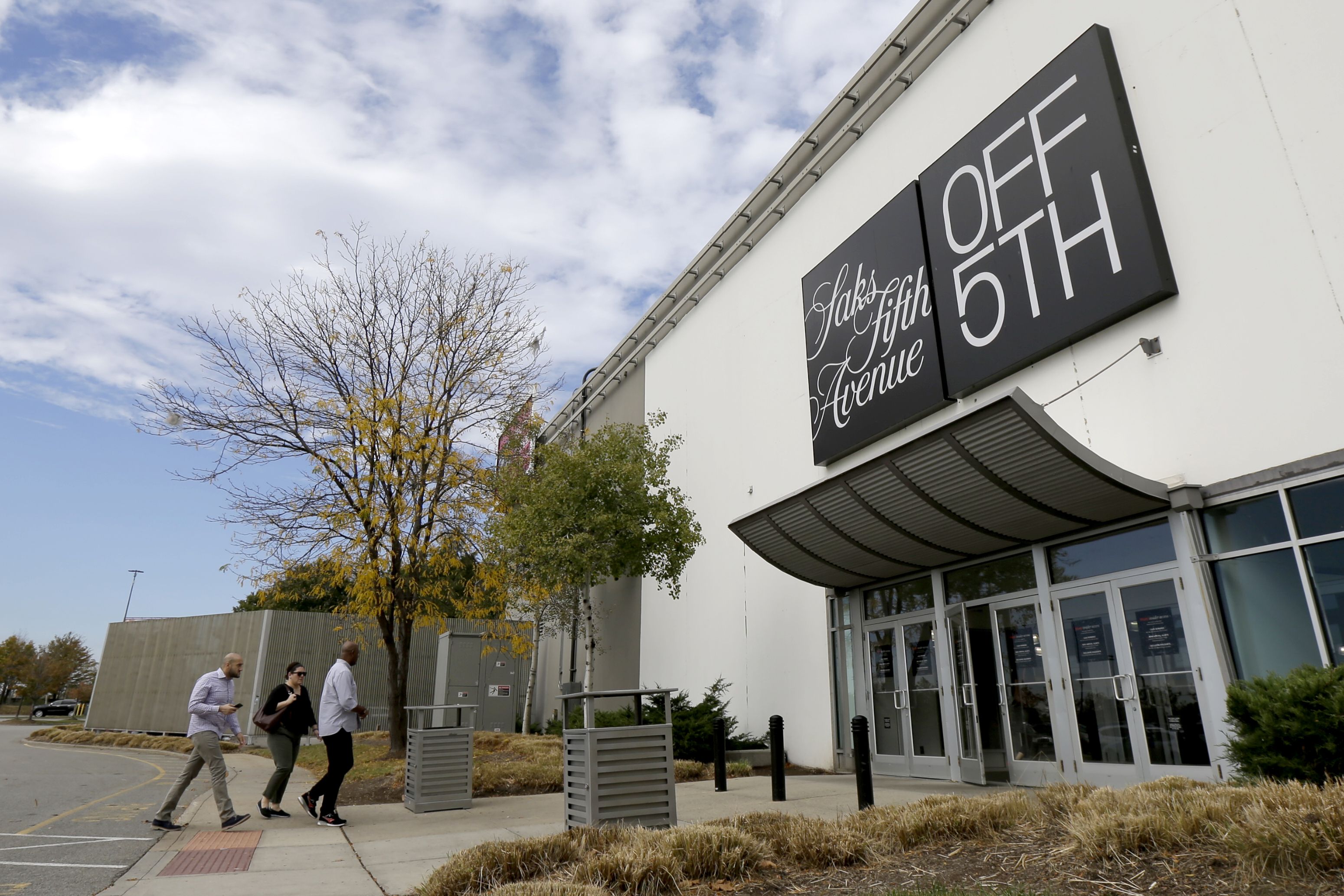 At Saks Off 5th, “We’re getting new customers into our stores,” Foulkes said, attributing that to “very savvy marketing that better targeted recommendations to potential customers.” The division has set 15 store closings for this year; some have already closed. Up to 20 in all could close.

Foulkes cited “opportunities” to revamp Off 5th’s merchandise for a stronger appeal to the off-price shopper. “We are moving from too much a department store mentality to really buying more like an off-pricer — looking for deals. We are still in the early stages of this.”

HBC was conducting a “fleet review” of Off 5th, raising speculation about its future. But there is no plan to close or sell off the chain, according to HBC.

However, HBC is conducting a review of its 16-unit fleet in The Netherlands which has been losing money.

In the past couple of years, there have been several bold maneuvers by Foulkes and HBC’s executive chairman and governor Richard Baker to streamline the company, improve the balance sheet and focus on the Saks, Off 5th and Hudson’s Bay operations. Those actions include selling Lord & Taylor’s Fifth Avenue flagship to WeWork, now known as The We Co.; shuttering Home Outfitters in Canada, and selling Gilt Groupe to Rue La La.

The company is in the process of selling Lord & Taylor to Le Tote while keeping the L&T real estate. Le Tote will operate most Lord & Taylor stores and integrate its technology and rental model into L&T. “The opportunity to walk into a store and buy or rent is really innovative,” Foulkes said. “We are looking at other banners for that,” whether its rental, resale or subscription. “The idea of being a brand that’s relevant to you is what’s on our mind.”

In another major streamlining, HBC is in the process of closing the deal to sell its remaining stake in its German real estate joint venture and divest its related retail joint venture to its partner, SIGNA, for U.S. $1.5 billion. A portion of the transaction’s net proceeds will be used to pay down a 429 million Canadian dollar term loan. Upon closing the deal, HBC completely exits its German operations and takes full ownership of the Netherlands fleet.

Through asset sales and joint ventures, HBC has been reducing its overall debt.

“In the last year and a half, it’s remarkable how much we have accomplished. We are in the early stages on what we can become,” Foulkes said.

HBC executives did not comment on the privatization bid by a group of major shareholders including Baker. The group owns 57 percent of the outstanding common shares of HBC and on June 10 proposed to take HBC private at 9.45 Canadian dollars a share. The shares closed at 10.21 on Thursday. The group includes Rhône Capital LLC, WeWork Property Advisors, Hanover Investments (Luxembourg) S.A. and Abrams Capital Management LP.

A special committee of the board of directors is evaluating HBC’s shares and is expected to issue its assessment later this month. It previously said Baker’s bid was insufficient. Last month, The Catalyst Capital Group upped its stake in HBC by purchasing 10.05 percent of HBC’s outstanding shares, making it very difficult for Baker’s bid to succeed since it would need to acquire a majority of the shares not represented by his group — over 21.5 percent — to go through. Baker might have to increase his offer.