The Canadian retailer will open its first store in Amsterdam on Sept. 5. 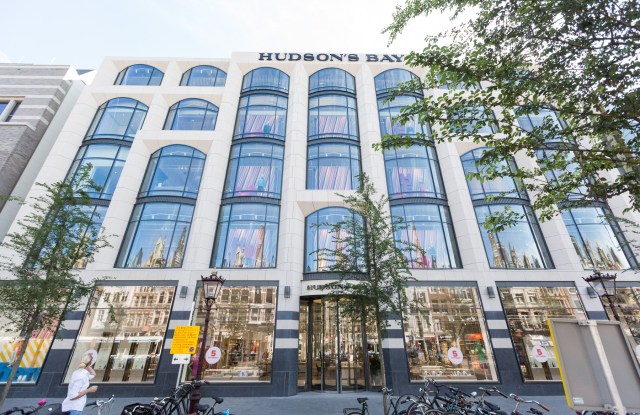 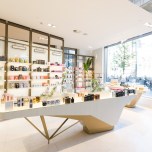 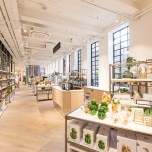 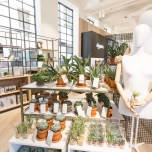 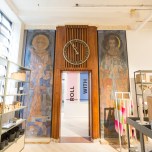 AMSTERDAM — The Hudson’s Bay Co. is continuing its drive into Europe.

The Canadian retailer will open its first store in Amsterdam on Tuesday.

Governor and executive chairman of HBC Richard Baker said the company originally did not have a plan to open in the Netherlands but took advantage of the closing of V&D’s department store chain.

After visiting stores and meeting with communities in the region, Baker and his team saw there was an affinity between the Netherlands and Canada. “What we learned was that the Dutch people and the Canadians have a very long and special bond,” Baker said. “Again, in the Netherlands, if you visit all the different communities, what you’ll see in almost every square in every town is a monument to Canadian soldiers, because the army of Canada came and freed the Dutch people from the occupation during the Second World War. It’s very natural for Hudson’s Bay to be the department store of the Netherlands. The brand, and the Hudson’s Bay concept, has a young and new and contemporary feeling, and I think that’s appropriate for that market.”

Baker said this opening is a “monumental moment” for HBC. “It’s the first expansion of the Hudson’s Bay brand outside of Canada since 1670,” Baker said. “This is the first time that the company has ever opened a Hudson’s Bay store outside of Canada. That’s a big deal. In our industry growth is important. The lifeblood of the department store business is growing your business, growing your relationships with your existing vendors, growing your business with new vendors, giving your customers the opportunity to have new brands and have different things going on. This expansion into the Netherlands is going to drive more than 500 million [Canadian] dollars of additional sales over time to the Hudson’s Bay Company and that provides a lot of great new business for all of our partners.”

“We took everything we know about department stores and put it in this store to be forward-looking,” Storch said. “That’s the main theme of all of this, that this is the future direction of department stores. The experiences, these stores are being built knowing that the Internet exists.These significant functionalities that helps the customer to interact with the store. Experiences are critical in today’s digital era. Customers don’t just want to come to a shelf stocked with items. They want to experience the store, to interact with people, to get a great level of service and have a reason to get up and come out in public as opposed to sitting at home and ordering on the Internet.”

Situated on The Meathall and Rokin 21, 49 and 17, the 182,986-square foot complex is located across the road from Urban Outfitters, Mango and Forever 21. The store spans across four buildings. Men’s wear will be located in the Rokin 19-21 building, while women’s wear will be in Rokin 49. The Meathall will carry homewares while, Rokin 17 will carry childrenswear and will open later this month.

The retailer worked with architect firm CallisonRTKL to design the stores in the Netherlands. The store design takes cue from a modern aesthetic and has a clean minimalist design with hardwood floors, or lightwood furnishings along steel frame fixtures and rails.

“We took some of the visual elements from Canada and some of the things that we have learned in our more recent remodels,” Storch said. “For example, if you look at the brushed chrome metallic, you’ll see that used in our stores in Canada. There are many visual components that come from our Canadian experience. There’s no doubt the store has the DNA of our newer remodels in Canada. But we also did some new things here. For example, much more open floor plates, soft shops as opposed to hard shops.”

The retailer will carry men’s, women’s and children’s categories as well as a mix of international brands including Tommy Hilfiger, Hugo, CK jeans, Armani A|X, Polo Ralph Lauren, Topshop and Topman. Contemporary labels such as Theory, The Kooples, Vince and Opening Ceremony will sit alongside emerging brands like Anecdote, Essentiel and Krakatau. Footwear brands include Nike, Adidas, Sam Edelman and Nine West, while handbags from Kate Spade, Rebecca Minkoff and Tory Burch will be on show with up-and-coming labels such as Atelier de l’Armée, Want Les Essentiels and Rika. The retailer has partnered with vintage concept store LXR and Co will feature iconic vintage bags by Louis Vuitton and Hermès.

In comparison to the Canadian merchandise offering, the retailer will carry a more upscale mix than the average Hudson’s Bay in Canada and will also host local and regional brands. The store will house more than 100 Dutch brands with a number of labels releasing limited-edition ranges to be included in the retailer’s “The Limiteds” collection such as a David Laport skirt and blouse, an Isaac Monté crystallized vase and a hand-drawn Jordy van den Nieuwendijk illustration. For jewelry and watches, the retailer plans to host exclusive launches by designers such as Karl Lagerfeld, Movado and Olivia Burton.

“For the opening, we have exclusives with Karl Lagerfeld, Scotch & Soda and with a lot of icon brands,” said Edo Beukema, member of the management board and chief merchandise officer. “For instance, Alex and Ani in watches and jewelry is something that is new to the market. We have Opening Ceremony. We’re launching a platform for them. So there are a couple of brands, to which we offer an entrance to the Dutch market.

“For us the challenge is to combine the product with the right service and a personal service to the customer,” Beukema added. “For us, the bestsellers in the Canadian market are not just a target point. This market is different to the Canadian market. Brands can be the same, but how you curate a brand within the market can be totally different — in Germany, in the Netherlands, but also in Canada, due to seasonal influences but also due to consumer taste. I’m not 100 percent sure that a bestseller within Tommy Hilfiger in Canada is also a bestseller within Tommy Hilfiger here in Amsterdam. Even within the cities there might be geographical differences. A customer in the eastern part of the Netherlands can buy different things to here in Amsterdam.”

Beauty counters from brands such as MAC, Urban Decay and Bumble and bumble will be mounted while Aveda will open salons in three of the 10 stores.

The Meathall, a 250-year-old historical building, will house homeware brands include Vitra, Hay and Dyson, with the latter to host “experience units” to showcase products. There will also be a demonstration area on the second floor that will host cooking sessions. The location also features the retailer’s heritage shop filled with pillows, totes, towels and blankets — all decorated in the retailer’s signature stripe pattern.

Each store will feature The Studios, a series of dedicated spaces for new brands and exclusive merchandise as well as special offers for shoppers. It will also be utilized for product launches as well as events. There is also a concept pop-up area that runs for four to six weeks and will kick off with a power nap station.

Customer services offered will include personal shopping, tailoring services and a hands-free shopping experience where shoppers can scan items and pick up products at the store’s Click & Collect area. Local delivery is estimated to be within two hours. Aveda salon services will provide hair treatments and will also have a men’s grooming bar station. Facial treatments are also available from a number of the retailer’s beauty brands. For children, there will be a Kids Kingdom, which offers games, movies and teaching tables. In addition, there will be an entrance to the subway — in the Rokin 49 building within women’s shoes — that will open in spring of 2018.

Located on the top floor is Nacarat — a restaurant run by chef Ron Blaauw — which will serve up light dishes influenced by Middle Eastern cuisine with a menu that includes oysters, hummus and Lebanese bread.

In terms of competition, Storch noted that the retailer is “very distinctive.”

“We like talking about what we’re doing more than comparing to others,” Storch said. “We believe this experience is totally distinctive and that there’s nothing like it in the country. There are discount players here and there are high-end players. But there’s no one in the middle and upper-middle of the market. We feel like the competition is for the hearts and minds of the customer.”

The expansion into Europe so far has created 1,600 jobs in the Netherlands. Hudson’s Bay will open nine additional stores later this month in Rotterdam, The Hague, Leiden, Breda, Maastricht, Zwolle, Almere, Den Bosch and Tilburg, with the retailer to create additional roles with plans to grow to 2,500 roles by next year.

The retailer, which introduced a cost-saving initiative in June, is aiming to expand with more stores to position itself as a dominant player in the market.

The group operates 90 HBC stores in Canada and 480 stores globally. The group’s portfolio includes Sak’s Fifth Avenue, Lord & Taylor, Gilt and Saks Off 5th and is based in Brampton, Canada.

Elsewhere the company plans to launch its first Off 5th store later this week in Rotterdam as well as in Germany. There are five locations operating in Germany.

“We have a lot of opportunities within our existing markets in order to drive growth through our existing stores, and that’s what we’re very focused on,” Baker said. “There’s no new region that we’re particularly looking at to grow our business.”