The retailer is putting the finishing touches on an expansion and upgrade of the beauty selling departments of six of its 90 stores, four of them flagships. 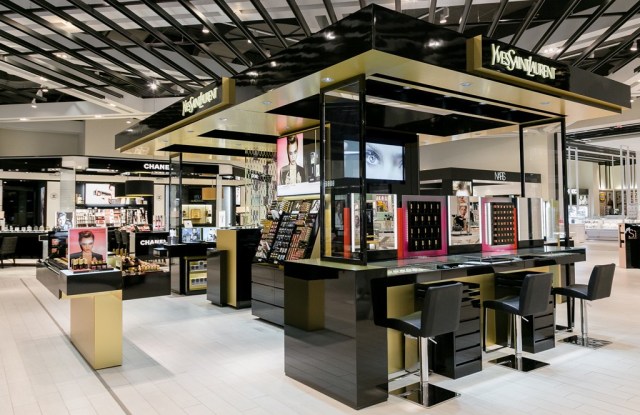 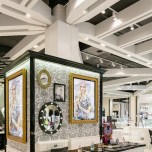 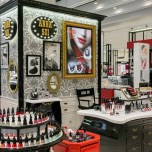 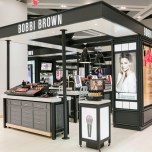 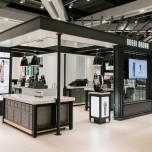 TORONTO — Hudson’s Bay is putting the finishing touches on an expansion and upgrade of the beauty selling departments of six of its 90 stores, four of them flagships.

It is the first major renovation of those floors in Toronto, Montreal and Vancouver in 15 years, according to Shelley Rozenwald, chief beauty adventurer and senior vice of cosmetics for Hudson’s Bay and Lord & Taylor. While adding a dozen or so new brands to the chain, Hudson’s Bay pushed the envelope in encouraging a creation of a highly defined presentation of brands. The accent of the redesign is to heighten the consumer experience. “We wanted to bring the best of the world to our consumer in a full way,” said Rozenwald, who noted that the vendors were told to maximize the expression of their brands’ message and values. She added that the goal first and foremost was to maintain the flavor of Hudson’s Bay while allowing the global brands to live on the new selling floors “the way they do in their home country.”

“Nobody in Canada is doing vendor shops that are 100 percent to the brand DNA. For the consumer they can come under one roof and have the total brand experience,” she said, explaining that this included the touch-screen interactive technology of Shiseido or the art gallery effect of the Giorgio Armani boutiques housing the brand’s color cosmetics collection, which number four at Hudson’s Bay of perhaps 10 in the world — and the first in North America.

She said the brands were told, “We want your newest and best thinking because we are not going to hold you back. We are not going to tell you that ‘you have too many logos or you’re too visible…you’re too this or that.’” Rozenwald added that the store was strict in providing clean, defined space and height parameters so customers wouldn’t get visually disoriented. “‘But within your area, we want you to create the experience,’” she remembered telling the vendors. “If the consumer was in Milan or in Paris or in London or in New York, they would get that experience.” She added, “Whether she is going to Kiehl’s shop in New York or whether she’s going to a Chanel boutique in Paris, she or he will get the same experience in buying the product or getting a makeup or facial in Hudson’s Bay in our flagship.” The shops range in size from 300 square feet to 900 square feet.

She pointed out a 600-square-foot Lancôme shop in one store, designed by Peter Marino into three zones so that “one consumer has an experience buying fragrance, another buying makeup and another buying skin care.”

“When I started at Hudson’s Bay three years ago, it was to redo the cosmetics business,” Rozenwald recalled, “and to revitalize the department stores in Canada.” Her initial plan was to bring in new brands — starting in Yorkdale Shopping Centre in Toronto — but then Rozenwald realized she had to renovate the entire departments to avoid making the original brands look dated. In addition to Yorkdale, there are three other flagships. The Queen Street store in Toronto is number one is square footage for the total store, while the Saint Catherine Street flagship in downtown Montreal claims the largest cosmetics sales volume. The fourth flagship is in downtown Vancouver. Then there are two suburban stores whose beauty floors have been worked on. One is located in western Toronto, in Sherway Gardens in an area called Etobicoke. The other is on the outskirts of Montreal in Ville d’Anjou.

The Yorkdale store is largely finished, except for the Shu Uemura counter and the China Glaze professional nail bar, and the Queen Street flagship is expected to be completely done within a week.

“For us it’s a huge opportunity that Bay has decided to really reposition themselves on the Canadian retail market,” said Sophie Berrest, senior vice president of the Luxe division of L’Oréal Canada. Management’s decision to create a luxury destination has paid off, she said: “For the first time, we get the chance to show the real DNA and personality of our brands.”

As an example, the first Viktor & Rolf counters in the world were installed at the Hudson’s Bay in Yorkdale and Queen Street with 230-square-foot installations.

She added that the store is giving her luxury brands like Lancôme, Shu Uemura and Giorgio Armani Beauty the space necessary to provide required service and ambiance.

“It’s really great that we had the chance to express all these fabulous concepts that we have within brands,” Berrest said, adding that Hudson’s Bay has made the right moves. “They’ve positioned themselves into the high-end sector.”

Beauty is a major contributor at Hudson’s Bay, representing an estimated 18 percent of total company sales of the entire chain, according to market sources. While executives declined to talk numbers, industry sources calculate that the chain does more 40 percent of the total prestige distribution Canadian beauty market. That would translate into less than $500 million in U.S. dollars for the size of the beauty business across Hudson’s Bay.

Asked how much of an increase the store is shooting for in terms of additional sales, Rozenwald declined to discuss dollars. However, she said, “We have a very healthy dollars per square foot. We are looking to maintain that in the additional feet.”

Kiehl’s has built a 900-square-foot shop in the Vancouver flagship, and also set up shop in Toronto’s Queen Street flagship. Bobbi Brown is another newcomer to Hudson’s Bay, although it has been in Canada for 22 years. It is now in the Yorkdale and Queen Street stores with full studios complete with chandelier.

Shu Uemura with its Tokyo retail expressions has entered Yorkdale, Queen Street and Vancouver. The counter area is divided into areas — like Shu Lash, a 16-foot-long Color Bar and a consultation area — differentiated to trigger various experiences.

“They have added really vibrant colors and products that have almost become electric, very much like Tokyo,” Rozenwald said. “When you are on the Ginza and you see the lights, it’s very much that mood and feel.”

An area was created in Yorkdale as the focal point of the floor. Called the Beauty Theater, it provides a weekend DJ, a store concierge and a location for promotional activities. “We are using that space for classes and for special events,” Rozenwald said. “We had a makeup event called Makeup Shakeup. We had a lounge over there where the customers could get refreshments and treats. We had a portable blow-dry bar that we had from T3. We had nails. It’s an area where we are putting in services and events and using it as a theater. What we are creating are areas of discovery.”

Another feature of the area is a 35-foot video screen that previews coming activities. “We’re not just taking vendor videos and plugging them in. It’s really a story,” Rozenwald said. “If metallics are in, we are going to show everything that’s metallic and then the brands.”

The chain also created a series of Fragrance Avenues, stretching about 100 feet long, in the fragrance departments — first in Yorkdale, then Queen Street, with Vancouver still under development — to “bring back the luxury of fragrance, the experience, how it’s treated in Europe and treated like a brand.”

Nine brands were picked for Yorkdale and seven in Queens Street. As an example, the Thierry Mugler division of Clarins was given three walls to create its own shop. The brand created a metal tree with the canisters serving as the refill source of the Angel fragrance hanging from the structure. Mugler will be launching a collection of five blendable fragrances in the spring with Hudson’s Bay.

There are other shops for Chanel, Dior, Armani, Gucci and Narciso Rodriguez. The rest of the fragrance department is organized on an open-sell arrangement, partly designed to allow customers to quickly buy their fragrances and leave. Hudson’s Bay launched the Michael Kors collection of cosmetics and fragrances from the Estée Lauder Cos. Inc. as a Canadian exclusive on Aug. 14, and “it’s fluctuating around number four.”

“All the space isn’t locked up yet,” Rozenwald said, alluding to a long-range renovation plan. “We’re looking to touch probably another four doors next year.”

Asked what categories of product had been missing from the assortment in the past, Rozenwald acknowledged that the vendor lineup had been a bit “light” with the absence of color cosmetics and luxury brands like Cartier, Hermès and Bond No. 9. “We were missing those and now we are thrilled; we are doing really well,” she said.

Thia Breen, a group president of the Estée Lauder Cos. and president of North America for the Lauder brand, said the renovation drive is sorely needed. “Some of these stores were pretty tired,” she said, adding that not only were the counters and departments upgraded, but the entire category gained much more space.

“Cosmetics and beauty has a greater presence in these stores right now,” she said. “It’s giving us double-digit growth,” she asserted, adding that the redesign drive has allowed Lauder to incorporate “point of sale ingredients that are more consumer-friendly,” like interactive iPads programmed in nine languages that act as diagnostic tools to help shoppers find the right product. The company also has installed selling stations within their counters, such as Clinique’s Service as You Like It and Estée Lauder’s Beauty Studio.

“They have been the leading department store partner for us in Canada,” Breen added. “It elevates them in the eyes of the consumer. These are now bright, big departments that have the latest in terms of technology. It’s going to give a great level of service to the consumer.”