The retailers will be joining Apple, set to open in fall 2021.

LONDON — Hugo Boss, Uniqlo and MAC Cosmetics are among the first brands to join Battersea Power Station’s retail destination, set to open in fall 2021. Battersea Power Station, and the neighborhood surrounding it, is one of Europe’s biggest urban regeneration projects. The site has already attracted Apple, which will be taking 500,000 square feet of office space to build a campus, and Number 18, the coworking company.

“Right now we are fully focused on retail and leisure and, as of today, we’re just about 45 percent committed inside the power station. We have Anthony Joshua’s BXR gym signed up and a cool young brand called Finlay & Co.,” said Sam Cotton, head of retail leasing at BPSDC.

Other retailers joining the mix include Jo Malone London; beauty retailer Space NK; Kiehl’s, and Watches of Switzerland. Archlight cinema, which also operates at Selfridges, is planning a second venue on the site.

In total, Battersea Power Station will host 110 shops and restaurants that have been handpicked by the Battersea Power team to reflect the architecture and spirit of the building, a decommissioned coal-fired power station that first opened in 1933. It is a protected London landmark famous for its original, Art Deco fittings and decor.

“We have two really interesting sides to the building, one side was built in 1930 and is really Art Deco, and the other side, which was built 20 years later in the 1950s, is very Bauhaus — much more urban. We’re using these two different aesthetics to curate the retail mix, one side being more classic and the other being more urban and contemporary,” Cotton said of the retail strategy. 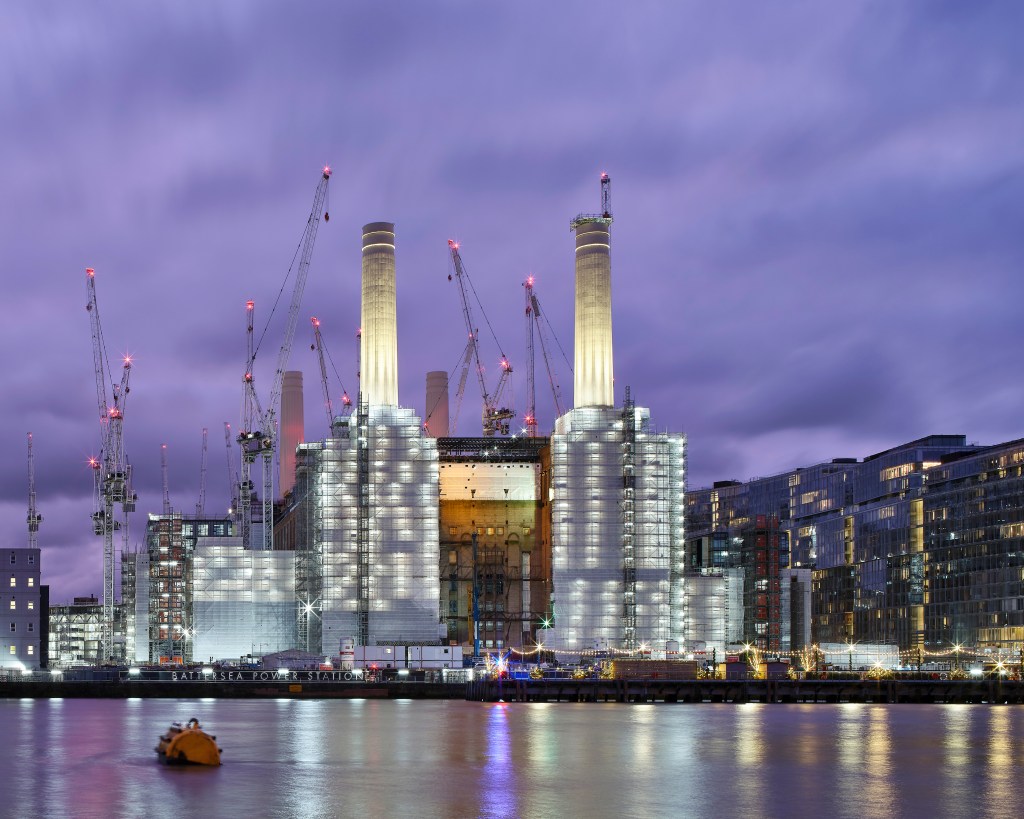 There will be a mix of brands and price points, ranging from Uniqlo to Watches of Switzerland, which is opening with a Rolex exclusive. For Cotton, this reflects the wider London demographic, as well as the local residents.

Well known retailers will also sit beside smaller and more niche brands in order to pique customers’ interest and drive traffic. For example, Finlay & Co., an eyewear brand, will sit next to Hugo Boss.

Cotton and his team have also worked closely with each store so that their interiors reflect the unique architecture of the power station, too.

“What we’ve done is created a catalogue of interesting heritage items taken out of the building, things like doors, parquet flooring and light switches. We’re encouraging the brands to take these and use them in their spaces,” he said.

Around the retail area, Battersea is also undergoing a residential regeneration with many new builds and properties. According to Cotton, the retailers chosen reflect this age demographic. “There are a lot of new people moving in, everybody from families and students to retirees and the existing residents. That has helped us inform our retail strategy to make sure we appeal to all those people.”

The retail destination sits along the River Thames. To make the most of the location, Cotton and his team have opened up an area called the jetty, and this space will be reserved for events and pop-up restaurants and street food stalls.