Change a Theme on Robertson Boulevard

The street continues to try and turn a new page that’s focused on bringing back independent retailers in the vein of Carbon38, Sleepy Jones and Nicole Sassaman. 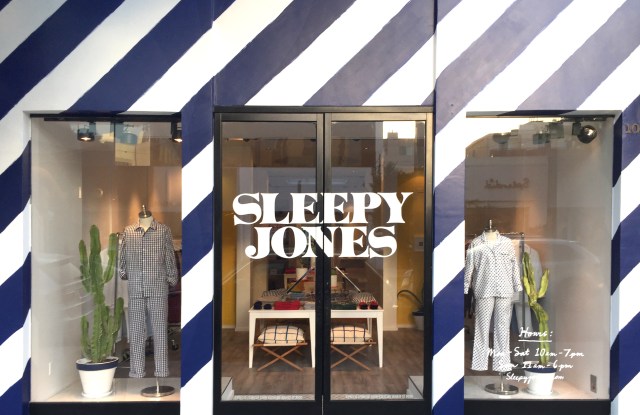 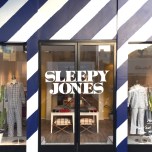 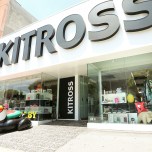 LOS ANGELES — A new vision for south Robertson Boulevard is taking shape and it spells a future focusing more on eclectic, indie shops than major chains.

The latest crop of tenants would seem to indicate that direction. IDD soft opens today at 144 North Robertson Boulevard and carries jewelry, shoes, furniture and home goods, all from Italy.

President Lorenzo Cascino was in the space earlier in the week unpacking boxes and putting together the store, his first in the U.S. He said he also has plans to open doors in San Francisco and Hong Kong.

Cascino’s store is located next door to what will eventually be a new concept from Peri Arenas, owner of the European boutique Veri Peri at the Parker Palm Springs hotel.

The Arenas deal was brokered by Newmark Grubb Knight Frank executive vice president Jay Luchs, who more recently brought the Sleepy Jones Rest Stop, or pop-up, to south Robertson. The high-end sleep and loungewear brand out of New York was founded in 2013 by Chad Buri, Anthony Sperduti and Andy Spade and expects to be on the street through January.

“It’s a confluence of a few different factors,” Buri said of the brand trying out Robertson. “We had a pop-up in Venice over the summer and we had some success with that. With L.A. you have so many great neighborhoods and we wanted to try out West Hollywood. It just happened a friend recommended the space and it was the right size and an interesting location. Robertson has been going through a little bit of a transformation. It does have a great retail strip.”

Sleepy Jones, which has permanent doors in Santa Monica and New York, is also considering a temporary space in Manhattan on the Upper East Side. Brick-and-mortar will become key in telling its full brand story as it launches new men’s and women’s underwear lines, which start at $18, along with expansion into a children’s sleepwear line, priced at around $54.

Luchs also inked a deal with digital darling Carbon38, which sells fashion-forward activewear. The brand, whose founders met in ballet class, will test Robertson with a four-month pop-up shop set to open in about a month.

A permanent newcomer to south Robertson is developer and designer Nicole Sassaman, who opened her namesake first door this past weekend for a soft opening.

The high-end boutique takes up about 1,400 square feet with an assortment of overseas finds ranging from furniture and original artwork to jewelry and coffee table books.

“Robertson was ideal for us because there was nothing of that kind of style [real estate],” said managing partner Christos Joannides. “You walk into our showroom and it’s like somebody’s apartment. It’s not your typical retail store.”

The main selling floor is anchored by a built-in shelving unit, creating a residential quality that opens out into a smaller separate room filled with books and smaller curiosities.

The street is no doubt providing opportunity for businesses looking to test retail at competitive rates.

Robertson became a bit quiet in more recent years. Leases came due around the time of the recession but many landlords refused to come down on prices. Prospective and existing tenants ultimately ventured to other streets in the Los Angeles area. The churn’s not quite over with Lululemon, at the corner of Robertson Boulevard and Alden Drive, set to eventually relocate to Melrose Avenue, along with Anya Hindmarch, who moves to Melrose Place later this year. However, some — like Kitson founder Fraser Ross who made a splash back into retail in late May with his new concept Kitross now anchoring south Robertson — see the departures as necessary to create a new chapter for the street. It’s one that welcomes in more boutiquelike tenants along with new food concepts, such as artisan coffee house Blue Bottle Coffee, which is expected to open at Robertson Plaza.

“I think once the food [tenants are] concrete, then the food will attract,” Ross said. “It will never be the way it was. [Landlords] be happy with what you have: a store leased, and nourish that tenant because we’re living with the worldwide web now.”

After all, Ross said, “This is a lifestyle street, not a Mall of America street.”