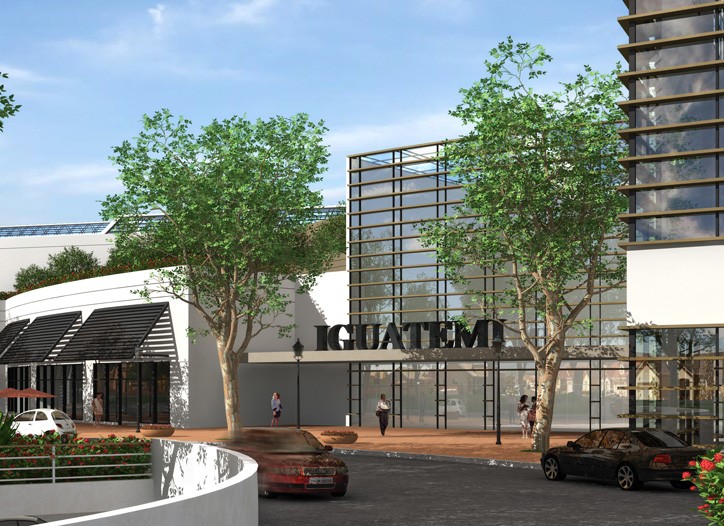 While most high-end brands enter the Brazilian market through Rio de Janeiro or São Paulo, Burberry is unveiling its first store in Brasilia, then heading to São Paulo.

Louis Vuitton, a pioneer, opened its first unit in Brazil 20 years ago and now operates six stores, including the new Iguatemi Brasilia unit. To commemorate both events, Louis Vuitton commissioned artist Vik Muniz to reinterpret the iconic LV logo for a scarf. Called “Individuals — Pictures of People 2009,” the scarf is being sold in Brasilia and then across Brazil, for $633.

Iguatemi is opening as the city of Brasilia, the nation’s capital, is celebrating its 50th birthday. Brasilia has a more traditional clientele than other Brazilian cities, with a large number of millionaires, successful business executives, politicians and embassy representatives. In addition, Brasilia is centrally located and is the hub for the central, west and Northern parts of Brazil, drawing consumers from other regions.

Jereissati said a sign of Brasilia’s growing affluence is the increasing presence of luxury brands in multibrand retailers in the city.

There was strong interest on the part of brands to get into Brasilia’s market for years, said Jereissati, but the dearth of shopping malls made it difficult.

Jereissati said the company is not targeting other Brazilian cities at the moment, but rather focusing on the launch of JK Iguatemi, a mall in the Itaim section of São Paulo. Iguatemi was also hired to manage the troubled Villa Daslu in São Paulo, which has in-store shops for Chanel, Prada and Hermès, in February.

Meanwhile, Diane von Furstenberg unveiled her first store in Latin America at Iguatemi São Paulo. Von Furstenberg created a collection called My Name is Rio for the store. Iguatemi and the city of São Paulo are sponsoring an exhibition at the shopping center, “Diane von Furstenberg: Journey of a Dress,” which spans the designer’s life and career. It was curated by Vogue editor at large André Leon Talley.