Italian mill executives were spinning a good yarn at the three-day fair. 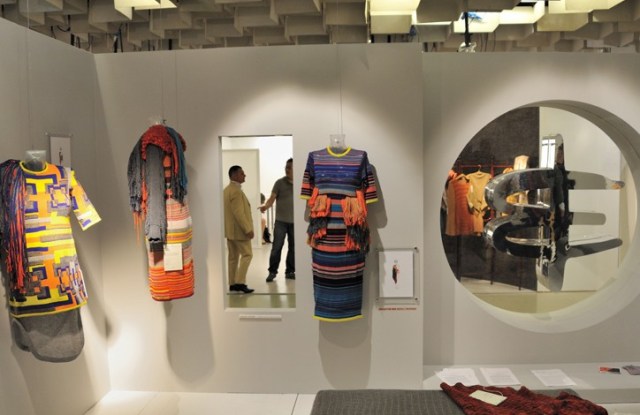 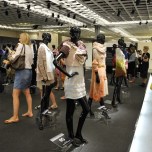 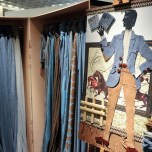 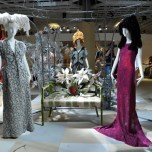 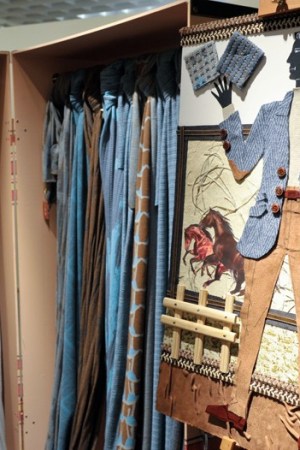 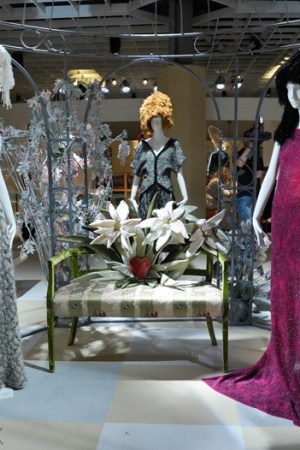 Exhibitors reported an increase in the number and size of orders and sales at Florence’s Renaissance-era Fortezza da Basso exhibition grounds. Yarn manufacturers, spinning mills and organizers of the three-day show that ended July 7 said they had climbed out of the shadow of two critical years that witnessed record-breaking raw material prices, uneven supply and demand of raw materials, and despondent buyers.

“We analyze the fairs by two factors: if there’s a big turnout and if the turnout is motivated,” said Luciano Bandi, Loro Piana’s yarns business unit director. “In the last few years, we noticed that there were less crowds and less interest. But we’ve finally awoken — the fair has been reestablished and our clients are coming back with new proposals.”

Although Italian buyers leveled off at roughly the same number from last summer’s edition at 2,900, foreign buyers increased to 2,350, up 7.4 percent from July 2010, with notable participation from Germany, the U.K., the U.S., France, Japan, Spain and Hong Kong.

The escalating prices and demand for raw materials came after two extreme winters in Mongolia that had culled livestock and decreases in Australian wool supply, pushing prices to their highest level since 1988. Recently, cashmere prices peaked in April and are expected to climb through 2011.

“This year, the first trimester started well regarding orders and sales, but since the middle of April, the season stopped a bit because the rise in raw material prices had initially scared some of the operators, while the orders from last year were ending,” said Paolo Todisco, chief executive officer of Zegna Baruffa Lane Borgosesia, which operates three industrial plants, in Borgosesia, Vigliano Biellese and Lessona, and owns three lines — Botto Poala, Baruffa and Chiavazza. “Materials are a big problem because in effect wool and cashmere, especially wool, are escalating in values that we had never seen. In the past, cashmere had been sold at very high points, but wool, in the last decade, had never risen to those levels. We’ve seen an increase close to 100 percent in the arc of a year.”

“The cost increase of raw materials has obviously modified the prices of our products and we believe that for the wool producers, the spinning mills and the knitwear factories, there simply aren’t any more spaces to absorb increases of this kind because the marginalizing strategies of the past couple of years have been compressed,” he added.

Many manufacturers, in anticipation of clients who might balk at higher prices, were highlighting strategies aimed at setting set their products apart.

“Despite the crisis, we continue to proactively invest in our objectives by proposing new materials, yarns, themes, research, and colors,” said Cristiana Cariaggi, a member of the board of Cariaggi, a Marches-based yarn manufacturer. “We’re always looking toward innovation.”

“The high price of cashmere has put a greater differential between European and Chinese production, and more customers are coming back to the European base,” said sales director Bruce Cameron. “They understand that we have a unique supply of the best quality fibers coming from Scotland.”

Loro Piana noted that the rising prices of raw materials, especially cashmere, was pushing customers to look for special products.

“Because the price of cashmere is climbing to the highest levels, people are looking for ‘fantasia’ knits…that have delicate, random motifs,” said Bandi. “They want a slightly different feel than you get from classic cashmere.”

As the Italian domestic market idles, many companies are relying on exports for sustainability, especially to the U.S. and China, while capitalizing on an emerging trend of China wanting to invest in Italian fibers.

“We’re definitely in a much better place than where we found ourselves the past two years with the rising prices of materials,” said Raffaello Napoleone, ceo of fair organizer Pitti Immagine. “Now the economy is growing and export for yarns and knitwear is growing. This edition is extraordinarily positive because we’ve had an increase in important overseas buyers and all of the most important markets that buy high-quality Italian yarns come here to Florence.”

After a handful of difficult years stemming from Chapter 11 bankruptcy, Lineapiù is seeking U.S. expansion and exposure in China. Since September, after the government transferred ownership of the 35-year-old Italian yarn manufacturer to Alessandro Bastagli, now chairman and ceo, the company aims to relaunch its New York office and plans to open an office in Shanghai.

“We want to sell Italian yarn in China because the luxury market in China is important,” said Bastagli.

Fall-winter 2012-13 collection color trends are borrowed from nature with landscape-inspired hues in clean, natural shades, many in gray. To offset the monotones, many offered a single line of bright accents to complement neutral backgrounds ruled by sparkly metallics and bright pops.

Todd & Duncan’s bestseller was its new Hebridean Collection: 18 mélanges of subtle heather gray cashmere, evocative of the rocks and mosses of west Scotland. Zegna Baruffa Lane Borgosesia’s trends for its three lines were presented in whites and classic, minimal grays mixed with colors to evoke the reflection of light on metal.

Natural colors and materials were also seen in special initiatives such as Spazio Ricerca. The 69th edition hosted an exhibition curated by Angelo Figus and Nicola Miller called Recyclethic that featured miniature yarn outfits incorporated with recyclable materials such as plastic, wood and metal to address sustainability and to promote an eco-ethical approach to fashion.