In Italy, Apes Keep Fashion On the Move

The three-wheeler gives a new dimension to “mobile retailing.” 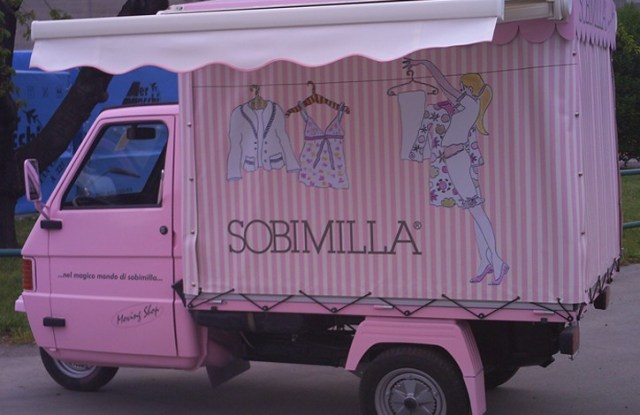 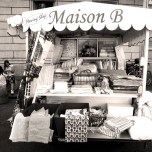 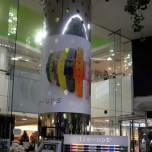 Most visitors to Italy are familiar with the country’s trademark scooter, the Vespa, and many have seen its three-wheeled cousin, the Ape, racing through the streets. Now, these traditional work-a-day vehicles have taken a stylish turn.

Piaggio’s Ape, which means “bee” in Italian, is well known for its practical uses, from farming to construction. Often fitted like a mini truck,it’s perfect for negotiating tight spots like Italy’s ancient streets. But recently, the Ape has undergone a makeover and been charged with a new mission: mobile fashion retailer.

In 2003, Milan’s Valeria Ferlini had the idea to convert an Ape into a high-end mobile store for her clothing line, Melandra, leaving behind the fruit and flowers usually hawked Ape-side.

For Ferlini, the Ape store creates a new shopping paradigm. “Potential customers [on the street] don’t have time to prepare psychologically for purchases as they do when they walk into a store,” she explains. “There’s an aspect of surprise when they find high-quality, hard-to-find products so readily at hand.”

Ferlini patented her Moving Shop concept with Piaggio. For a fee of around 10,000 euros, or about $14,600 at current exchange, Ferlini will customize an Ape, provide a trained driver/sales representative and sell a client’s wares on consignment using the routes and strategies developed over the past few years.

The idea has spread, and now Ferlini boasts a fleet of more than 50 Moving Shops featuring numerous brands and store concepts. They traverse Italy from one end to the other—including the islands of Sicily and Sardinia. This year, she began her expansion across the border to Cannes, France, and Monte Carlo, Monaco. She is encouraged by the results, and already is working on plans for her next major international move: bringing her Moving Shops to the U.S.

Another company already has taken the Ape phenomenon abroad: Tie-ups, a start-up accessories brand known for colorful plastic belts. Owner Alberto Vanin went to a design studio looking for an Ape of his own. While he does sell some belts from the Ape, Vanin never intended for the vehicle to be a significant retail operation. Rather, the idea was to create a guerrilla-style marketing scheme that matches the spunk and flair of the brand. As part of his effort to raise brand awareness, he brought the Ape to several major fairs in Milan, Pitti Uomo in Florence and Bread & Butter in Barcelona.

Tie-ups’ Ape features an eye-grabbing backlit display for the belts on three sides of the truck’s body and even its own built-in projector that lights up city walls at night.

Vanin explains that they chose the Ape because “it’s an Italian icon, and we wanted to emphasize that our products are 100 percent made in Italy, from design to assembly.”

In June, Tie-ups shipped its Ape overseas for an event in Japan at the LaForet mall in Omotesando, and it was such a hit that the Ape now has a new home in that nation.