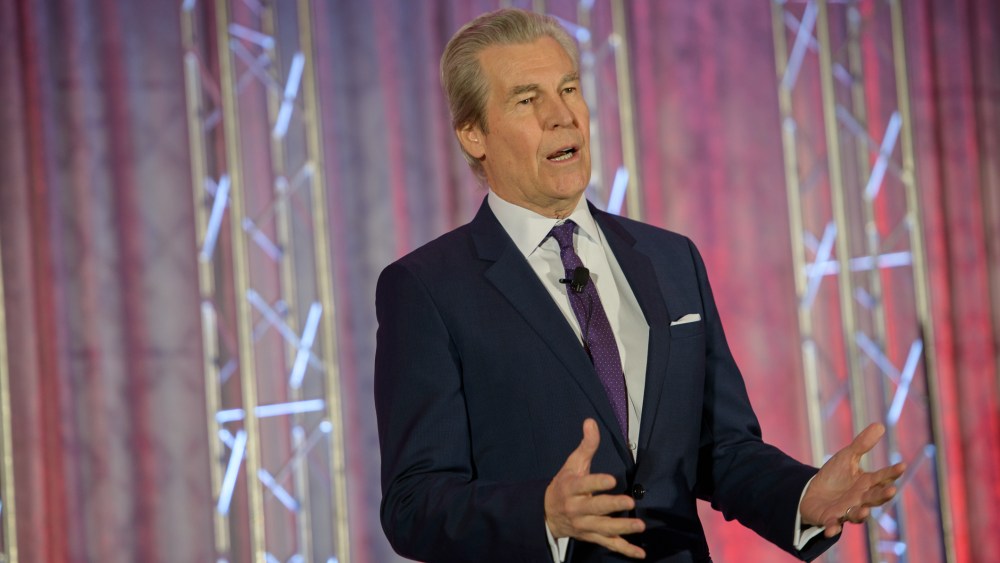 For those who haven’t figured it out, there is no mistake there are going to be more winners — and probably even more losers — before retail’s down cycle ends.

But even as the industry confronts a realism that is causing companies to examine every aspect of their businesses, those who can see through the dust that hasn’t settled yet are realizing one thing is abundantly clear: stores are in.

“There’s still too much retail square footage out there. When you look at retail square footage per capita in the United States, it is still the highest in all the industrialized countries and that is going to get rationalized over time,” said Macy’s Inc. chief executive officer and president Jeff Gennette. “There are a lot of other players out there that are going to continue to close stores so at the end of the day, if you have a winning proposition that is customer-focused — the customer has tested it from a value perspective, a content perspective and a service perspective — and you know how to market that, if you do all that right, there’s room for any retailer to succeed. So I think there will be less square footage. I think there will be more malls closing. I think there will be more store closures. But there’s still a great role for someone who figures it out.”

Macy’s Inc. executive chairman and board chairman Terry J. Lundgren is stoic in his outlook on the industry.

“The advantage for someone like myself who’s been doing this for a long time is that I’ve seen these difficult periods happen every six or seven years in our industry,” he said. “If you dial back seven or eight years ago, you had the 2008-2009 financial crisis. You dial back seven or eight years, you had 2001, 09/11. Dial back from there and you’ve got bankruptcies in retail. So I’ve seen a number of these downturns and what happens historically, and I would predict this will happen again, is that there’s always a shakeout. There’s always a consolidation. There are always winners and losers in these difficult times and that’s what you’ll see again.”

Gennette and Lundgren spoke with WWD Friday on Macy’s strategy and the state of the industry, a timely subject with Bebe Stores Inc. confirming that same day the closure of its entire physical fleet of stores following a steady stream of retail bankruptcies. The two were in Tucson, Ariz., along with other executives from the worlds of fashion, retail and academia for the University of Arizona Terry J. Lundgren Center for Retailing’s annual Global Retailing Conference. The two-day think tank followed a barrage of tech conferences that have been held over the course of the past two months largely focused on the latest and greatest in virtual and augmented reality, apps, digital marketing, artificial intelligence, machine learning and big data. But for Lundgren’s conference, a wave of speakers made an appeal for a return to basics, a call particularly apt with this year’s conference theme, “What’s in Store?”

For Macy’s, the next-generation of retailing could mean smaller stores, virtual inventory, moving the off-price component in, integration of mobile, staffing allocated to the right departments and experimentation of lifestyle or specialty-type shops within the store.

“If you’re an omnichannel retailer and you don’t figure out a way to arrest the erosion of your business in stores, it’s really hard to be successful,” Gennette said. “What’s in store matters. Experience in those stores matter. If you can get that store to flat with the growth we’re having in digital and in mobile, this thing really works.”

Every downturn is different, requiring a different response from retailers, Lundgren said.

“Einstein says it best: The definition of insanity is to continue to do the same things and expect a different result.’ So you can’t just sit back and hope things get better,” he said. “You have to make dramatic changes and each time, at least in our company’s history, every single time we’ve made dramatic changes and come out at the end of each of these cycles a much stronger, more successful more profitable company than we were going in.”

Still, weaving in tech has to be done right. It can’t be technology for tech’s sake, as Bratspies and many others throughout the two days pointed out.

“I think it’s about figuring out how to layer in technology, ways of thinking through what customers are trying to do in different parts of their journey, and using it as a tool and using the right technologies as a tool,” Komoroske said. “If you build an amazing app that has all this awesome functionality and nobody’s got the app, it doesn’t have influence. It’s not adding as much value as it could be. You have to approach it from the perspective of what your customers actually want to do.”

“There’s a desire and a strengthening of how we connect experiences and ultimately, hopefully provide the best experience we can no matter how you’re connecting with the brand,” Chatelain told WWD. “I think there are a variety of ways consumers want to connect with brands and a lot of that is focusing on bringing it not only into a store environment, but also online. I don’t think there’s any one way you have to do it and it’s really depending on your business, who you’re talking to and what you’re selling.”

When digital pure plays entered and succeeded in taking share from traditional retailers, the knee-jerk reaction was to turn to tech. However, a sobering and in some cases smarter approach to how technology’s being deployed may slowly be settling in within the industry.

“I think we’re all learning that there’s almost no end to what some of this technology can provide for us,” Lundgren said. “But at the end of the day, that human element is so important and that’s what we’re all trying to figure out — how to turn our stores into an advantage. People are concerned about mall traffic declining and individual store traffic declining. How do we say that the stores are an experience that you just can’t get online? To me, that’s where this has got to go. We’ve got to take more advantage of that human element.”

“When you’re not seeing customers, it’s death,” said Throgmartin during his talk.

The executive oversees a fast-growing activewear brand, but before coming to Fabletics and being seen as an industry disruptor, he served as the chief operating officer and executive vice president of a business that was being disrupted. His great-grandparents founded electronics and appliance retailer H.H. Gregg Co., which filed for bankruptcy this year.

“In a very tight timespan [10 years], hundreds of thousands of people stopped coming in the door,” said Throgmartin in pointing out the lesson he learned from that business in just how difficult it can be for established companies to change with the times.

Angela Ahrendts has studied what has made certain brands successful in drawing in the consumer and it centers around being a gathering place for people. The senior vice president of retail at Apple Inc. said during her talk that community and culture — a mix of the humanities with technology — is what drives product development and how the company looks at its stores.

“Steve’s [Jobs] original vision always was that his products would educate,” Ahrendts said. “Education is a strategic pillar at Apple. Everything we do has an education bent to it. He consistently talked about enriching lives. Those values, those pillars are still there.”

That’s why the new Apple town square concept — the company isn’t calling them stores — is designed around making it a place for people to hang out as much as it is about selling product, with classes, entertainment and product demos amid the iPads, iPhones and MacBooks for sale.

Bluemercury Inc. cofounder and chief operating officer Barry Beck said he’d rather customers go out with a bag of samples and not buy anything, than nothing at all. A focus on being a neighborhood shop within the communities Bluemercury operates has allowed the upscale beauty and spa retailer to go from e-commerce when it started 18 years ago to a fast-growing retailer acquired by Macy’s in 2015. He said, in a move contrary to what others in the space are doing, there’s room for another 300 Bluemercury stores in the U.S. longer-term.

“I think one of the things all retailers need to remember is location is still everything,” Beck said Friday, the same day Bluemercury happened to open two stores. “There’s a complete structural shift in how people want to shop. People want to shop in their neighborhoods where they live.”

Beck believes densification will lead to localization, creating the pathway for retailers such as himself to open more doors. Densification is why he said he was able to open a Washington, D.C., store one mile away from Bluemercury’s first store in Georgetown and saw no cannibalization. In fact, he said, the store is 200 percent over plan. “Bluemercury is basically becoming a substitute upscale drugstore,” Beck said.

“One of the words of caution I give is you have to worry about being ‘Uber-ed,’” Beck said. “What do I mean by being Ubered? Being completely disrupted by these consumer shifts in behavior that you weren’t aware of.”

For More Coverage of the Global Retailing Conference in WWD:

Fabletics Seeks to Continue Momentum as Some in Activewear Contract