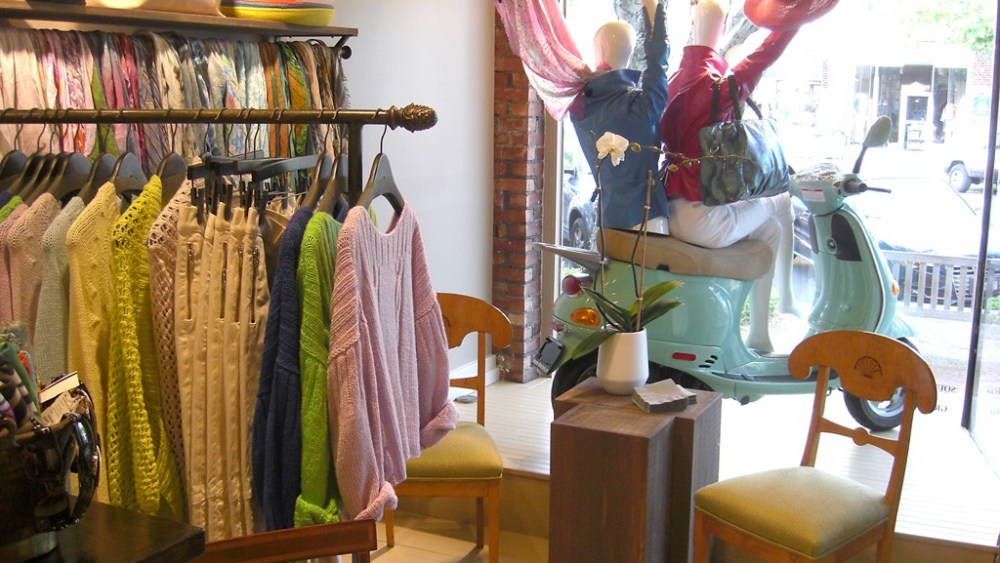 Years of retail social Darwinism have weeded out independent specialty stores; only the strongest remain. Shari’s Place, a multibrand boutique on Long Island, is one of the survivors.

Ensconced in Greenvale, N.Y., since March 2011, the retailer is expanding. Shari’s Place this summer unveiled a 1,000-square-foot store in Southampton, N.Y., and is opening a 1,500-square-foot unit at the Bal Harbour Shops in Bal Harbour, Fla. In addition, Shari’s is looking for a store in the Carnegie Hill area of Upper Madison Avenue in Manhattan.

“In a few years, we’ll open an outpost in the Miami Design District,” said Larry Kaynes, husband and business partner of the store’s namesake.

Shari’s Place began germinating in the minds of Shari and Larry Kaynes more than three decades ago when they were working at the Roosevelt Field and Yonkers Raceway flea markets in New York.

“When the world came to an end in 2001, we packed it in and retired,” said Larry Kaynes. Bored with their self-imposed retirement and encouraged by former clients, the Kayneses a few years later unveiled a 7,000-square-foot store in Greenvale, a leafy enclave near Roslyn and Manhasset, N.Y. “The Greenvale store is a secret,” Kaynes said. “There are many pockets of wealth” in the area. According to Kaynes, the store does $8 million in annual sales volume.

Retail on Long Island is fiercely competitive. Americana Manhasset is a magnet for wealthy shoppers with brands such as Louis Vuitton and Hermès, while the Roosevelt Field Mall in Garden City is a powerhouse with Bloomingdale’s, Nordstrom, Macy’s and hundreds of in-line stores.

“Hirshleifers — that’s who I bang heads with,” Kaynes said. “We share a lot of great brands from Italy.”

“The edge we have is that Shari stays in the store and works [while I travel],” said Kaynes, who on a recent day was headed to Italy for a 24-hour turnaround to meet with Pucci. “It’s really about longevity. The designer turnover is minimal.”

American designers such as Vera Wang, Zac Posen and Derek Lam are represented, but Shari’s emphasizes European designers, which the couple started buying in the early Eighties. Stella McCartney, Chloé, Balmain, Roberto Cavalli, Etro, Maison Martin Margiela, Valentino, Nina Ricci and Belstaff are among the labels. “We’re carrying Fabiana Filippi, the next Bruno Cuccinelli,” Kaynes said. “I try to stay away from what the department stores sell. About 15 percent to 20 percent of our brands do exclusive programs with us.”

Shari’s mantra is: “Know thy customer. Our client can’t wear stilettos,” Kaynes said. “She’s a little bit older and a little bigger.” Hence, the 0 to 16 sizing.

A leather collection manufactured by Shari’s Place got its start when the couple was just starting out. Larry wanted to buy Shari a leather jacket at Ann Taylor. “I couldn’t afford it for $250,” he said. “I found a manufacturer. It took me eight years and I bought out all four partners. We use South African cape skin, the finest, lightest-weight lamb on the market. It’s featherweight.

“We reinterpret trends for our client,” Kaynes said. Leather and suede pull-on pants ($2,000 to $3,000) are longer in the waist and wider in the rear. Skirts ($895), motorcycle jackets ($3,000) and classic suede safari shirts round out the offering. Everything is made in New York and customizable with a change of buttons or stitching. There’s also a shearling coat and hand-loomed sweaters made in Los Angeles.

Shari’s Place is also relaunching its Web site, which will have a magazine format, photos shot by a staff photographer and editorial written by an in-house copywriter.