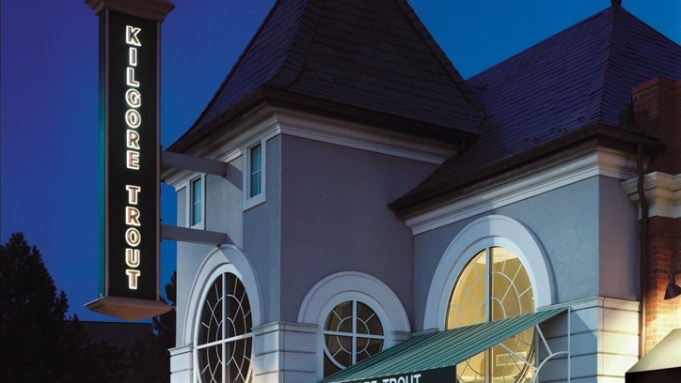 “I’m scared to death about the future of men’s specialty retailing.”

Those are the words of Hill Stockton, the third-generation owner of Norman Stockton Inc., one of the country’s premier men’s specialty stores. The Winston-Salem, N.C.-based retailer, which has been in business for 101 years and at one time operated three units in the area, will be closing the doors of its last remaining store permanently on Saturday.

Stockton attributed the closure to the recession, “the fall of tailored clothing, the Winston-Salem economy and other direct competitors commoditizing the business. These buy-one-get-four-free promotions are killing the men’s haberdashery business.”

For the past year or more, Jos. A. Bank Clothiers Inc. has been running aggressive promotions on suits and dress shirts, even offering the eye-popping deal of buying one sport coat or blazer and getting two pants and two sport shirts free. The Men’s Wearhouse Inc. felt the heat and answered with its own set of giveaways, which have included buy-one-get-one-free deals on suits.

And although stores like Norman Stockton carry high-end labels such as Ermenegildo Zegna, Canali and Burberry, these deals have proven hard for customers to resist, especially those who have found their incomes squeezed by job losses and hefty mortgage payments.

Although no data exist that directly tracks the number of men’s specialty stores in the U.S., colloquial evidence points to the fact that many old-line men’s stores such as Norman Stockton and Kaps, a four-unit business in Massachusetts, which closed last March after 124 years, have had a particularly hard time surviving this recession.

The NPD Group Inc. reports specialty stores still account for the largest share of the U.S. apparel business, with 30.8 percent of the dollar volume share in February, a number that declined from 31.1 percent of the market in February 2009. But those figures also include the big players such as Men’s Wearhouse and Jos. A. Bank.

“There’s definitely been a seismic shift,” said Bob Mitchell, co-president of the $100 million Mitchells Family of Stores. Founded with one store in Westport, Conn., in 1958, Mitchells has methodically cobbled together one of the most influential assortments of specialty stores in the U.S., including Richards of Greenwich in Conn., Marshs in Huntington, N.Y., and its most recent addition, Wilkes Bashford in San Francisco. Wilkes, which was founded in 1966, was financially unstable and filed a voluntary Chapter 11 petition in November at the same time the Mitchells swooped in as white knights to add the well-respected store to their stable.

But the Mitchells can’t save everyone.

“Except for the Mitchells and a few others with lots of family members to run the business, there’s a real lack of succession at many independent stores,” Stockton said. “Also, the competition is totally different today with the Internet and these big retailers and their crazy promotions. It’s up to the specialty retailer to educate consumers, but stores like Jos. A. Bank sure have a lot of marketing money. They run commercials on the ‘Today’ show. We can’t compete with that.”

In addition, Stockton said dressing up is “just not as important anymore for the typical American guy,” and with independent stores still highly dependent on the tailored clothing business, it exacerbates the situation.

“If I were starting a store today,” Stockton said, “I’d lean toward sportswear, good brands like Bill’s Khakis and Peter Millar, who are focused on specialty stores. The business is just not going to come back to the way it used to be.”

Although he decided to give up the fight, Stockton still believes there is a place for the independent in today’s competitive retail landscape — as long as they evolve. “The stores that remain will be smaller and more specialized than ever,” he said.

Allan Ellinger of the investment banking firm of MMG, feels the same. “I think there will always be a place for well-run independent specialty stores,” he said. “If they go up against a Jos. A. Bank, they’re going to have issues. But the guy who shops in Mitchells or Oak Hall [in Memphis] are not shopping in Jos. A. Bank. There will always be guys who want better goods and a point of view. So if they create a special environment with a product mix that sets them apart, they’ll be around for a long time.”

However, he stressed, “if they’re not well-run and well-merchandised, they’re going to have operational issues like any other business.”

Ellinger said independents must “be nimble, react to the marketplace and manage to the environment. But their most important asset, other than their customer base, is their credit line. That’s their lifeblood and they have to protect that at all costs. You can’t survive on a cash-only basis anymore.”

Bob Mitchell agrees. “In order to make it, you have to have great systems for merchandising, inventory control and expense control,” he said. “There are a lot of back-of-the-house operations you need to make a business viable.”

And in the front of the house, merchandising shifts are also essential. “We’re in the change business,” Mitchell said. Once dependent on tailored clothing, the mix at his stores has shifted as sportswear gained in importance. “You have to ask yourself: ‘Am I open to change? Am I open to exploring new price points? Am I open to responding to the needs of the market?’ Yes, we have to lead the customer, but we also have to listen. You can’t imprint your needs on the customer.”

Not surprisingly, Mitchell is actually optimistic about the future of the independent retailer. “We’re going to thrive as the customer comes back,” he said. But only if the firm can “create a fun, energetic environment where customers feel they have a relationship. We have to stimulate them visually, run compelling events — not related to price — and offer special product. Marvin Traub did it best at Bloomingdale’s when he created a sense of theater.”

Mitchell said small stores must create powerful brands, ones that have their fingers on the pulse of their communities — something the Jos. A. Banks of the world can’t do. And while they’re unlikely to be able to offer exclusive branded product, “we have to pick it better and make the shopping experience better. Department stores are strong competitors with great locations and great assortments, but independents can develop relationships with customers so they want to come to see us.”

Wally Naymon, owner of Kilgore Trout in Cleveland, also sees a real future for the independent retailer. “I think it’s brighter than ever,” he said. “When [long-time] stores go out of business, it’s because they’re not minding the store. You have to change with the times; this is not a static business. And if you don’t respond, then you’re dead in the water.”

Independents, who generally offer better service than department stores, can outperform the larger stores, he believes. “I hear it all the time: people can’t get waited on or they can’t get the help they need. That’s the reason we exist. We have professional people who have been with us for years.”

In addition, he said, the independent can offer “an alternative to the price wars.” While the big stores beat each other up with their buy-one-get-one-free sales, the independent needs to “preach quality” and teach the customer where the fashion industry is heading. “We’ll show him something he can wear for the next 10 years, not something he wore for the last 10,” said Naymon.

And that includes ratcheting down their dependence on tailored clothing. “We used to be a clothing store,” he said, “but now — forget it. Basic men’s clothing is dying a miserable death. But we are getting some traction on a more-modern fit in the $900 to $1,200 range with a sexy fit.” Custom is also a bright spot for the dressier end of the business, as evidenced by the strength Kilgore Trout experienced at a recent Zegna trunk show. “It tells me they don’t want to buy off-the-rack,” said Naymon.

Instead, the store created a new category it calls “soft jackets,” Naymon said, “which is resonating with clients. We show them how to wear them with jeans or with slacks.”

Yet while stores like Mitchells and Kilgore Trout may have found a strategy for survival, others are still struggling.

Daniel Butler, vice president of retail operations for the NRF, acknowledged that “it’s been a challenging couple of years for small, independent businesses of all kinds. They didn’t go into the recession with a big [cushion] and they don’t have experience weathering these types of storms. Even if they’ve been around for a long time, they don’t have the same level of systems or the ability to manage through an economy like this.”

Small business owners are forced to wear many hats — chief executive officer, chief financial officer, chief marketing officer and merchandising whiz — which can often be overwhelming. “They have to be open to coaching and learning and get advice from people who know more than they do,” Butler said.

Even so, he expects small stores will continue to face difficulties in the decade ahead. But there are some potential lifelines. The Senate recently passed a $130 billion bill that shortens depreciation rules for remodeling stores and provides more capital to expand businesses through the Small Business Administration. It extends through this year a 15-year depreciation period for retail improvements that expired at the end of last year and in January reverted back to a 39-year depreciation period. The reinstatement of the shorter depreciation period would give retailers a boost in writing off expenses of remodeling stores, which they typically do every five to seven years.

Additionally, the bill includes a provision for $354 million in funding through the end of the fiscal year to increase loan guarantees to 90 percent from 75 percent and eliminate fees charged to borrowers under SBA loan programs. The provision essentially extends funding that expired in the stimulus bill, which was enacted last year. It is expected to support $18.5 billion in loans to small businesses this year.

The House passed a $154 billion jobs bill in December, which included many of the same tax breaks, and the two bills will have to be reconciled before the final version is sent to President Obama for signing into law.

Although government intervention can help, “what we really need is job creation,” Butler said. “That way, people will have money to spend, money that will go back into the economy.”