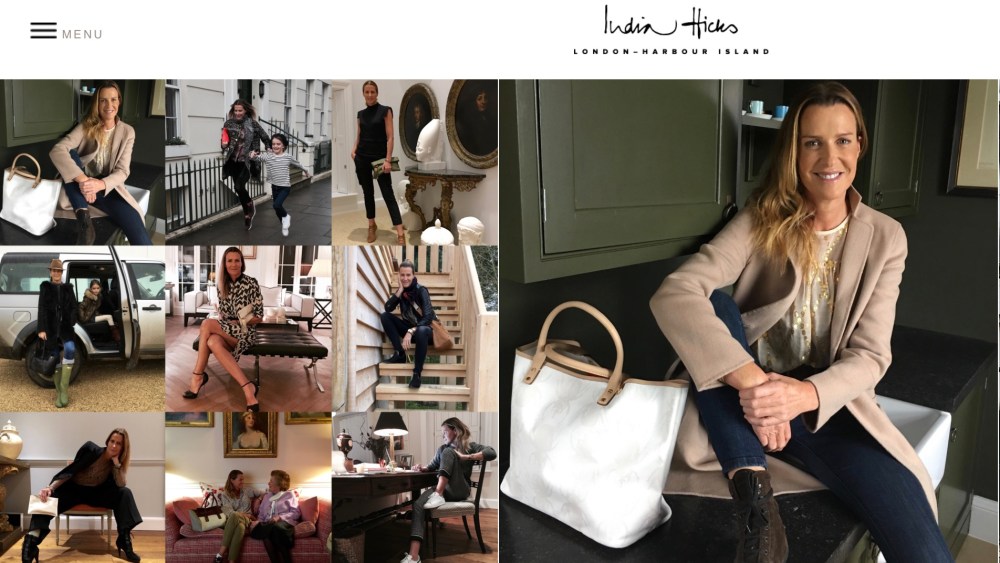 Eighteen months into launching her namesake e-commerce venture, British model-designer India Hicks is poised for a new phase in her 1,000-member direct sales network. “I like the pace we are growing at. We’ve made a lot of mistakes; I had no idea what a start-up was going to be, but I’m seeing the benefits of starting a lifestyle brand in slightly more disruptive manner,” said Hicks, who has had lines with HSN and Crabtree and Evelyn. “It sounds like such media talk but it really is that for me. It has become the community of women who are now starting to see the ROI. I can design a beautiful bag but to hear someone is putting a kid through school, that’s very rewarding.”

Hicks said she’s learned the most about trend forecasting and price points. While her hero product, the Duchess computer tote made from a performance canvas and leather, is close to $500, 70 percent of the collection retails for less than $100. “I like luxury, and the average price point is way above the traditional direct sales party, but there’s a broad range of women in our community and we do want to give them reasons to come back,” she said.

Hicks has since launched additional bags in the Duchess fabric, with more planned down the road. She has also expanded the number of leather handbags, as well as the bath and body range. The collection also includes accessories and jewelry. Among her close friends and informal advisers are Julian Metcalfe, a cofounder of Pret a Manger, and Millard “Mickey” Drexler of J. Crew.

She noted, “I see these megabrands on sale every day, but we are very un-sales-y. It’s more the experience of getting together, lighting candles and having a nice bottle of rosé.” Hicks doesn’t want to grow into an Avon-size network of hundreds of thousands of women, but has set goals for more success, including a charity aspect. “A lot of brands have that now and rightly so. We have over a million choices women can give to as part of our ‘Get Together Give Together’ program.”

She has also learned that the winter season can be tough for direct sales, just as it is for brick-and-mortar. “It’s hard to get on the road, so now we know that we’ll do things to warm it up, and have new offerings in those months.”