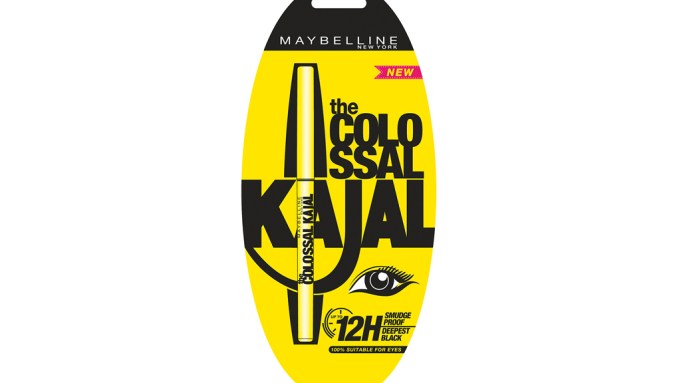 India is becoming the land of promise for L’Oréal, the leader of the global beauty industry. Instead of simply acting as a local sales office receiving foreign-made beauty products from overseas, the company’s subsidiary here has been inventing products tailored specifically to local beauty traditions and needs. It is one of the signs of this huge country coming into its own and stepping onto beauty’s worldwide stage — and it is a strategy that’s paying off big time for L’Oréal, which is growing at a rate two-and-a-half times faster than the Indian beauty market as a whole.

In past decades, major manufacturers developed products in their home base of Paris or New York and exported that French or American look around the world. That was before the advent of reverse innovation, or what L’Oréal calls universalization, a doctrine pioneered by L’Oréal’s chairman and chief executive officer Jean-Paul Agon. It has put L’Oréal India into the driver’s seat in powering growth here, with the subsidiary chalking up a 2014 sales volume of 21 billion rupees, or $31 million, according to industry sources.

That growth is being driven by products that tap into the rich beauty heritage of India, where Kajal eye makeup and hair oil, for example, are very much age-old traditions. To that end, L’Oréal Paris 6 Oil Nourishing Shampoo, which one executive described as “an Indian-born product designed in the laboratory here,” builds on the oil heritage in India, along with a passion for naturals, combining six herbs with the benefits expected from oil — soft, shiny, thick hair and manageability. “You cannot find this fragrance in the rest of the world — it is India specific,” said Jean-Christophe Letellier, managing director of L’Oréal India. Another item that resonated deeply with local consumers was Maybelline New York’s Colossal Kajal, launched in 2011, which quickly became a daily staple of many women’s beauty kits as a glamorous offering from a global brand.

Industry analysts view this evolution of homegrown products as a positive sign of market maturation and India has become a showcase for L’Oréal’s universalization doctrine, achieving double-digit growth despite the downturn in the Indian beauty market overall during the last two years.

The importance of India to L’Oréal has been often underscored by Agon, who has stated his vision for the country many times: He expects it to be among the top five global beauty markets by 2025. In 2013, L’Oréal committed to investing 10 billion rupees ($160 million) to drive growth over the next decade. It also opened a research and innovation center in Mumbai that year, one of eight the company operates worldwide. Agon’s most recent visit to the country was in January, when he addressed students at the Indian Institute of Management in Ahmedabad and visited L’Oréal’s headquarters in Mumbai.

Despite L’Oréal India’s impressive growth, Agon has said that the “best is yet to come.” One goal is for the Indian unit to achieve 70 billion rupees ($1.1 billion) in revenue by 2019.

Letellier, who took over as managing director of L’Oréal India more than 18 months ago, speaks of this growth trajectory with a sparkle in his eye. L’Oréal ranks second in the Indian beauty market, behind market leader Hindustan Unilever, according to Euromonitor.

JC, as he is known in the office, has been with L’Oréal for 20 years, and came to India after heading the mass-market division for South Asia, including India, based in Singapore. He favors words like “explosive,” especially when describing the men’s market and the makeup segment. Skin care and makeup are almost equally strong drivers for L’Oréal, which counts Garnier, Maybelline and L’Oréal Paris as its prime forces here. In all, the company has a retail distribution of more than 800,000 doors across India.

At the brand level, L’Oréal Paris has seen a burst of strength in the last few years by taking a strong lead in the hair-care market. Sachets — smaller, cheaper packaging — are a favorite of Indian consumers, but L’Oréal Paris has taken charge in what Letellier calls the “bottle market” — as shoppers step up from sachets to more sophisticated goods. Maybelline has also performed well, with products like Colossal Kajal and Baby Lips, which launched in 2012 and costs about $2. “There is a culture of lipstick in India and today we have more than five million customers who adopted this in less than one year,” Letellier said.

The luxury division is also posting gains, although Lancôme has been slow and Biotherm pulled out of the country. Still, fragrances have performed well and Kiehl’s has caught the fancy of the Indian customer. “It has a perfect positioning,” said Anurag Tyagi, brand manager of Kiehl’s India, noting that its pricing is at par with or lower than West Asia, Western Europe and the U.K.

The professional division and the dermocosmetics unit, with brands like Vichy and La Roche-Posay, are also making inroads.

Letellier said a key growth factor depends on finding the balance for each brand between the global and local. As an example, he cites the resonance of L’Oréal Paris’ universal “Because You’re Worth It” tagline combined with the insight that L’Oréal has gained in hair care. Key conclusions include Indian women like specific fragrances with a longer-lasting effect, shampoos that wash out easily because the access to water can be spotty and the ability to deal with oil and to take oil away.

Letellier described how L’Oréal has grown, bringing aspiration and authority and getting closer to the consumer. Part of the strategy has been launching products in areas that didn’t exist, such as hair conditioners, and upgrading the market from the more traditional and lower-priced products, like powders for hair color, into cream formulations. “We were the first to bring face wash for men — it did not exist,” he said. “When we came to Kajal, we invented the first modern Kajal with a mechanical one-stroke application.”

L’Oréal is also spending generously to achieve its vision. The company is one of the biggest advertisers on television, and counts a slew of popular Bollywood heroines as brand ambassadors, including Aishwarya Rai, Katrina Kaif and Sonam Kapoor. L’Oréal is going after e-commerce, too, using it to connect with new markets. “It is unique, that instead of sending people a message with television, now they are telling us what they like and what they want [directly online].”