Vincent Longo and Paula Dorf, two contemporaries who helped carve out the makeup artist brand trend in the Nineties, are planning a resurrection.

By Molly Prior and Andrea Nagel on April 1, 2011
View Slideshow 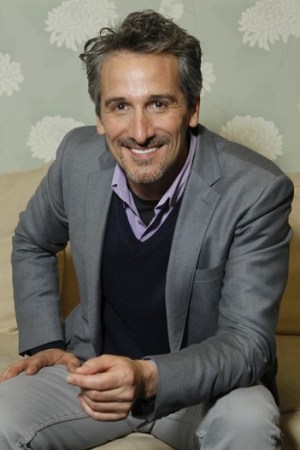 Vincent Longo and Paula Dorf, two contemporaries who helped carve out the makeup artist brand trend in the Nineties, are planning a resurrection.

This story first appeared in the April 1, 2011 issue of WWD. Subscribe Today.

The entrepreneurs, both of whom launched eponymous makeup lines more than 15 years ago, said the three-year recession put the brakes on their growth, landing their businesses in peril.

In the case of Longo, an investor got cold feet; in Dorf’s, a major supplier went bust.

Now the pair are out to prove that niche brands can rise from the ashes of a dismal economy and rekindle retailers’ adoration, particularly as they look to differentiate their offerings from competitors’.

In 2000 — the heyday of niche brands — retailers couldn’t seem to clear space fast enough for these lines and their colorful founders. Two recessions have since made merchants more wary of developing untested concepts, which often lack the resources to ramp up production at a moment’s notice or to advertise. But after editing their assortments, many retailers are reprising the role of niche.

“The consumer is still behind these products. They still see a lot of viability behind them,” said Karen Grant, vice president and global beauty industry analyst at The NPD Group. “One of the challenges retailers have had in the past was delivery. Out-of-stock issues made it difficult for retailers to continue selling some of these lines.” But, she adds, a windfall of funding for smaller brands able to attract investors helps to smooth over common roadblocks.

A strong tailwind also helps, as shoppers have begun to spend more on beauty products overall.

But despite industry trends and sales momentum, what really counts is a new approach, said research and brand marketer Judy Galloway, managing partner of G-group.

“The consumer is typically interested in brands that solve problems, so you have to have a continued dialogue with your customer to discover what’s missing,” said Galloway, nodding to Make Up For Ever’s High Definition line. “It’s going after a small brand opportunity and blowing it out of the water.”

In Galloway’s view, the days when a makeup artist could launch a cosmetics empire with a collection of 10 lipsticks, as Bobbi Brown did at Bergdorf Goodman in 1991, are over.

Longo is using his prowess as a product innovator to get consumers’ attention.

To hear him talk about his spring lineup, one wonders whether he’s a makeup artist, a formulator or a beauty retailer. Longo, who was part of the indie makeup artist product craze in the Nineties, can talk as effortlessly about the technology behind his new concealer as he does about comparable-store sales, all the while taking his publicist’s day makeup look into night with a simple smudge, dab and swipe of gel stain, lip gloss and eye shadow. He is, after all, the founder of Water Canvas Creme-to-Powder Foundation, an item that became a cult favorite shortly after it entered Barneys New York in 1996. It helped launch 15 years of success, with his products distributed everywhere from Sephora, Neiman Marcus and Nordstrom to Space NK and Fred Segal. He has appeared on QVC and has been a fixture backstage during fashion week, most notably in Milan, where he got his start. He gives much credit for his company’s growth to several beauty executives who served within his New York-based firm, including Joyce Avalon, who he said fielded offers left and right from the time she was at the company, between 2007 and 2008, from investors interested in buying. (Longo never bit.) At its height, Vincent Longo Inc. was generating $10 million to $12 million in retail sales.

Now, Longo is heading up his own resurrection.

The road to success came to a grinding halt in the last half of 2008 when the economy started to falter, an event that succeeded his own personal collapse. His sole investment partner wasn’t going to come through after all, Longo said. That, combined with the economy, led to a confluence of events that, over the next two years, forced him to pull his company out of financial ruin.

In the fall of 2008, Longo went from growth mode to cutting everything back. He closed his office in Manhattan. He pulled out of Sephora, his biggest retail partner. Throughout 2009, he let go of his staff of 20, replacing their tasks by outsourcing. He exited Nordstrom, Neiman’s and Fred Segal. Ultimately, Longo had Space NK as his sole retail partner.

“Nikki Kinnaird [Space NK’s founder and owner] was in my office off the plane [from London], talking to me about my brand. She didn’t even think about the jet lag,” Longo said of her instrumental help in his comeback.

But Longo’s die-hard consumer base helped keep him afloat.

“Since I had no brick-and-mortar, my Web site business took off. I had 30 percent to 40 percent growth comps month over month,” said Longo.

Then, CVS Pharmacy’s Beauty 360 came on the horizon. And by mid-2010, he was introduced to Peter Wagner, a former textiles executive who wanted a role and an opportunity to invest in Longo’s company. Wagner now serves as managing director of Vincent Longo Cosmetics.

“There are makeup artist companies, such as MAC and Stila, that start out with a grain of an idea and evolve into huge businesses with a loyal following,” said Robin Coe-Hutshing, who co-founded Studio BeautyMix at Fred Segal. “Then there are companies like Vincent’s, which really have a point of difference in their formulations. His items are unique. His passion for formulating something is what sets it apart from the sameness in the market and is what is attractive to investors who are now freeing up their money.”

Industry sources estimate Wagner’s investment falls between $3 million and $5 million, and it allowed Longo to go back to the drawing board and revamp his line with new products and new active ingredients. Longo said he is updating everything, except for his “complexion [items], which if you have right, you just leave it.” Sales for Vincent Longo Cosmetics in 2011 are estimated to be in the $3 million range, which will come from his 50 doors of distribution and online sales.

New items include liquid concealers, lip glosses and eye shadows. His Liquid Concealer ($28), which he refers to as his “baby,” is formulated with polymers, peptides and arnica to fight puffy and dark circles. He guaranteed that the concealer blends so well with skin, “there’s no need for powder over it.” His glosses, Perfect Shine V Gloss ($22), possess moderate pigment coverage with a touch of pearl glimmer and a tripeptide complex for temporary lip volume. His shadows, Pearl X Eyeshadows ($25), are baked in Italy and utilize multilayer pigment pressing and a technology called speckling, an industry first, so that the color shades go all the way down to the bottom of the shadow pot. They contain multitextures of matte and pearl.

Longo’s peer, Paula Dorf, also is staging a comeback this year, with the help of a new investor.

In Paula Dorf Cosmetics’ heyday, the brand was sold in 550 doors, including Sephora and department stores such as Saks Fifth Avenue and Macy’s. But the niche brand — known for trick products conceived on the set of music videos — hit a rough patch during the Great Recession and filed for Chapter 11 bankruptcy protection in August 2009 in New York.

“We were growing like a weed, organically. Then we got into a debacle with our [packaging] supplier. He stopped shipping to us because of his own problems,” said Dorf’s husband, Sandy Dekovnick, who co-founded the line in 1995 and serves as ceo. According to the company’s bankruptcy filing, that default prevented Paula Dorf from shipping products for a significant period of time, which substantially reduced cash flow. “It brought manufacturing to a halt,” said Dekovnick. “Without sales, you cannot make revenue.” The brand lost a number of retail accounts as a result. “Our best and closest stores stayed with us, because they really believed in us,” said Dekovnick. But the brand was determined to put the past behind it, and on March 23, the company emerged from Chapter 11 with a new business partner.

The company will reorganize as part of a joint venture with the distribution and fulfillment firm Global Beauty Group. The Sayreville, N.J.-based company, which will hold a 50 percent stake, will provide all warehousing, inventory, shipping and billing-related services.

With Global Beauty on board, Paula Dorf plans to double its distribution in the next year. The $10 million brand (in retail sales) is currently sold in 275 doors across Ulta, Dillard’s and the Beauty 360 concept of CVS, as well as at about 200 small specialty stores. The aim is to reenter department stores, including Saks Fifth Avenue, Nordstrom and Macy’s open-sell Impulse Beauty concept. Dorf, who has previously appeared on HSN, would also like to return to the airwaves.

Dorf, who oversees product development, began her career as a freelance makeup artist for music labels, including CBS Records and Atlantic Records, working on album covers and music videos in the Eighties and Nineties.

Her work includes makeup for The Bangles’ music video for “Walk Like an Egyptian” and Billy Joel’s “Uptown Girl.” Dorf began selling makeup brushes to spas and boutiques in 1994 and four years later launched her cosmetics line, with the tag line “Become Your Own Makeup Artist,” to Bergdorf Goodman. Her work on set informed the creation of products designed to help women solve everyday makeup concerns. Some of the best known items include the $38 Perfect Primer and Transformer, a liquid solution that turns shadow into liner. “Most of the products have been part of the line since the beginning,” she said. But new products are planned, three each seasonal collection, which are introduced twice a year, and for holiday. A revamp is also planned for the Web site by spring 2012.

“A beauty brand has to have the financial resources to go the distance,” said Galloway of G-group.