The off-price chain will have a six-week residency in the former home of Kitson at Santa Monica Place, living within the mall’s first-ever WithMe store concept. 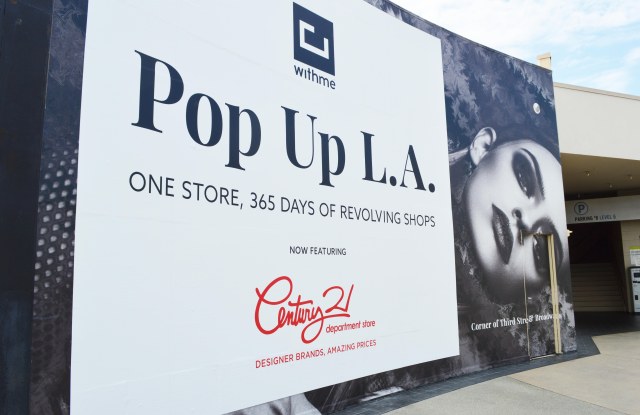 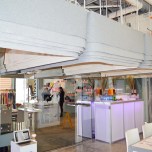 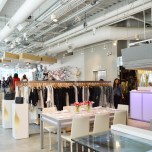 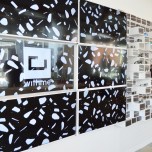 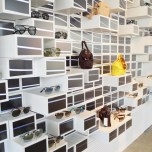 WIRED: Workers and construction crews scurried today to get the final pieces in place for Thursday’s opening of the WithMe Featuring Century 21 store at Santa Monica Place.

The nearly 8,000-square-foot store is the first time Century 21 Department Store will have a presence on the West Coast for a six-week stint and the first time mall owner Macerich will launch with the highly connected and tech-savvy retail experience that takes up space previously occupied by Kitson.

Jonathan Jenkins, founder and chief executive officer of WithMe, was on hand at the store to give WWD a first look and tour ahead of a luncheon for bloggers.

The first floor boasts two of what WithMe calls pixel walls, a smart display comprising small, modular screens for front-of-store merchandising. Each screen has the ability to be reconfigured, allowing for a change of display with the push of a button. A robotic stylist will mill about the store.

Later versions of the magnetic hangers currently in store will have the capability to show pricing of items directly on the hangers and will be charged through magnetic content with the fixtures they’re attached to.

Big dipper displays—think blown up tablets—are located on the first and second floors. A total of 15 are placed throughout the space and let customers scan items, select their size and color and have a store associate bring those items directly to them or they can make a purchase from the device.

Screens toward the top of the staircase leading up to the second floor will feature the most popular items. Elsewhere on the second floor, a virtual reality lounge, strategically set up in front of the window looking out at the corner of Third Street and Broadway, allows customers to play with different apps, including one that allows a user to paint mannequins.