The key message of manufacturers was that they have invested big in new technologies and are beginning to reap the benefits. 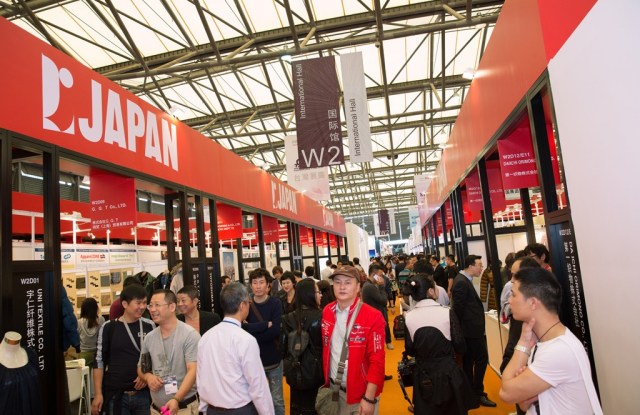 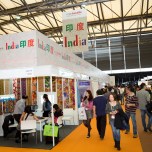 SHANGHAI — Nearly two years ago, the Chinese government unveiled a massive plan to overhaul a fledgling national textile industry facing turmoil over rising labor and material costs, the emergence of price-competitive manufacturing bases in countries such as Vietnam and Cambodia and falling exports to ailing economies in the West.

That plan, released in early 2012 by the Ministry of Industry and Information Technology, called for manufacturers to invest heavily in research and development to upgrade the quality of fabrics to increase global competitiveness. The plan also called for the relocation of more factories to interior provinces to tap into a migrant labor force less willing to move to coastal regions to work and for government subsidies aimed at moving industry to more rural areas.

It is clear that plan is now coming to fruition.

At the Intertextile Shanghai Apparel Fabrics Fair, held Oct. 21 to 24, the key message of domestic manufacturers was that they have invested big in new technologies and are beginning to reap the benefits. They say the quality of fabrics they produce is nearly on par with more sophisticated European manufacturers, while their prices are lower. The days of low-cost production are over, and, after a couple of painful years of transitioning, business may slowly be turning around as orders are returning and more sophisticated technology is streamlining operations and, in turn, helping control costs.

“I feel that the Chinese are really in a waking-up period,” said Jonny Kristiansen, chief executive officer of Nankatan, a Norwegian-based producer of bamboo-based yarn, which has manufacturing operations in China. “I am surprised by how open-minded they are to try to change themselves.”

Ivan Yang, vice president of Yaoguang Textile, located in Zhejiang Province near Shanghai, said sales are up 40 percent compared with 2012. He attributed the increase to a “serious increase in the quality of products.”

“We developed many new styles of garments,” he said. “Price is not as important to buyers. It is the technology that is important. The new samples are important. We are now able to charge higher prices. In the future, the technological competitiveness of the Chinese textile industry will be very serious.”

More than 3,700 suppliers from 35 countries and regions participated in Intertextile, according to organizers. In the first eight months of 2013, China’s textile and clothing exports increased by 12.9 percent, according to Textiles Intelligence.

“We spent a lot of money on R&D,” said Huang Yuli, a manager with Xinchang Jing Textiles Co. Ltd., a Guangdong Province-based denim manufacturer. “Our company is manufacturing high-end products. That is the trend.”

Huang added that labor shortages continue to plague the industry, particularly as younger migrant workers do not want to work in factories or are demanding wages that are making it increasingly hard to make margins.

“It is very difficult to get workers,” she said, adding that her company is looking to open factories in the interior to tap into the labor force there and take advantage of lower costs.

“They are moving and hiring local workers,” she said. “Maybe other industries will move to Guangdong and the textile industry will move to other places.”

There are ongoing concerns about the strength of the domestic and foreign markets. Huang, whose company focuses primarily on selling to China, said the last few months have been tough due to a weakening Chinese economy. Others said exports to the U.S. have continued to stagnate or decline.

European manufacturers, with declining sales in the West, have been increasingly turning to China to satiate a huge demand from domestic brands for luxury fabrics, and are experiencing a changing business landscape. Chinese buyers are still willing to pay high prices but are more selective in their purchases.

Carlo Anceschi, executive director of Asia-Pacific operations of Lanificio F.lli Cerruti, said this trend is partly because of slowing economic growth, but also because of a sweeping government antigraft campaign, which has impacted luxury sales. He also said more sophisticated Chinese consumers are forcing domestic luxury brands to focus more on design rather than “copycat” apparel made with expensive fabric.

“[Chinese brands] are now trying to understand the design side. Before they would buy nice Italian fabrics, but had bad manufacturing,” Anceschi said, adding that sales in China had slightly declined this year. “They have to now understand the proper way of doing fashion.”

China’s domestic fashion brands have been plagued by unsold stock piling up in warehouses, as well as franchise partners that have opened too many points of sale, resulting in inefficient retail operations.

Some domestic brands are now buying cheaper European fabrics to make apparel to sell to middle-class consumers as the high-end segment dwindles. The decline in luxury sales is “more severe” than what is being reported, Anceschi said.

“Before there were just crazy periods of purchasing everything,” he said. “Now customers are more conscious and more serious. The political situation has also made things worse. For some brands in China, especially in the north, 40 percent of their sales were for bribes.”

But for many European fabric makers, China remains the most promising growth market. David Mallalieu, managing director of Mallalieu’s of Delph Ltd., a British manufacturer of woolens, said the company has lost many major clients in the U.S. This was his second year at Intertextile.

“China is a huge market,” he said. “It is potentially phenomenal. If we can get back to the level of business in China that we were doing in the U.S., it would be wonderful.”