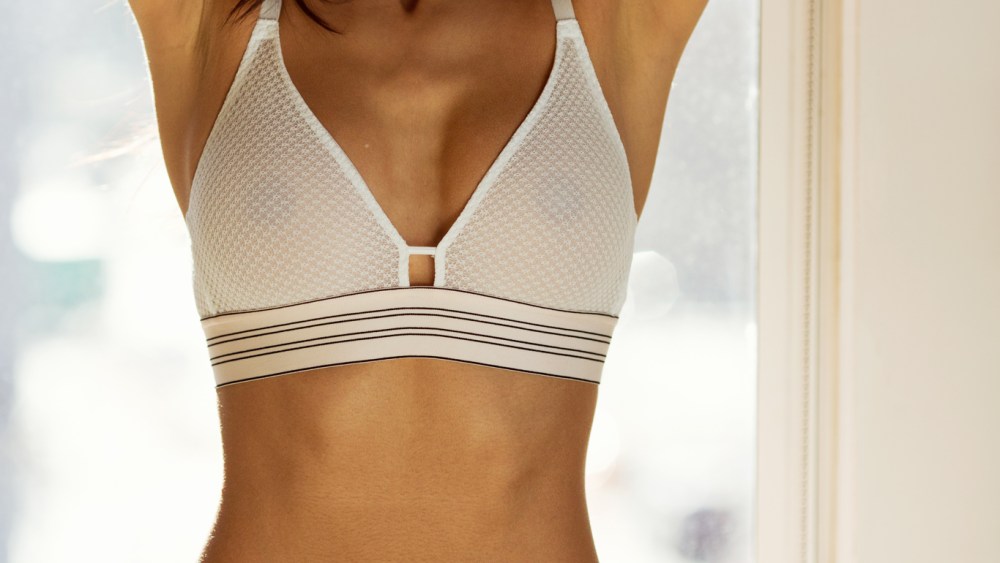 “The word lingerie equals ‘corset fantasy’ for someone else. So [I asked myself], what do we want to call our product?” Grant said during an interview about her direct-to-consumer e-commerce site, which goes live today at wearlively.com. “I wanted to build a brand based on reality and authenticity, and enabling women to get through a 14-hour day in something that has ultimate comfort and high style.”

The intimate industry veteran — who spent 15 years working at companies from Macy’s Inc.’s predecessor Federated Department Stores to VF Corp. to Limited Brands Inc.’s Victoria’s Secret — raised a seed round of $1.5 million from NF Ventures last summer to get started.

She’s taken a cue from the way ath-leisure transformed the activewear market. And she’s just the latest in the category to do so.

Negative Underwear, True&Co., ThirdLove, Adore Me, MeUndies, White Rabbit, BootayBag, Underclub and Thinx make up a crop of online intimate players that have popped up over the past few years and sought disrupt a multi-billion dollar category long dominated by Victoria’s Secret. ThirdLove raised $13.6 million to build an app that specializes in goods that fits outside the standard sizing spectrum, with sizes such as 34 A-and-a-half. And Adore Me picked up $11.5 million in investments to build a Frederick’s-of-Hollywood-meets-Forever-21 online that sells ubersexy lingerie at an approachable price point. True&Co. has raised over $10 million to fund a fit-focused multibrand e-commerce destination with a growing in-house brand component and basics concept MeUndies has raised to $10.4 million.

Joseph Gromek, former ceo of intimates giant Warnaco Group Inc., called the online trend “dramatic.” He acknowledged that many experts were unsure if pure play e-commerce businesses would pop up in innerwear given the complications with fit and the heritage lingerie brands being sold in store.

Clearly, the digital upstarts were not scared off and have come up with some new thinking.

“Extended and half-sizes are intriguing, but they have to somehow be able to gain the consumer. That’s the big question,” Gromek said. “Do you approach this through some level of performance, through fashion or through this fit aspect, which is obviously very fundamental. Those are the trial-and-error exercises that all these start-ups will go through.”

While it has yet to happen, he does think that one of these new intimate brands could take market share away from the innerwear giants.

“There was a time that women wouldn’t buy footwear directly online,” Gromek said. “They had to try them on. Zappos figured out how to send two sizes [to consumers]. Zappos has done it, others are doing it. There is no reason to believe that this could not work in the intimate apparel area. It certainly works in swimwear.”

With Lively, Cordeiro Grant was on a quest to develop a product that is both stylish and functional. The line is comprised of seven bra silhouettes that retail for $35 each (two cost $55 and three cost $75), with two styles of underwear priced at $10 each (or three pairs for $25). The pieces come in black, soft pink, toasted almond, white and the tropical floral print.

The brand sells bras and underwear that blend traditional lingerie, activewear and swim elements — without the heavy padding, sparkles, sequins and other impractical details that have become synonymous with many innerwear lines today. A triangle bralette with mesh trim could double as a bikini top that peeks through tanks and T-shirts and a wireless, deep-V bra with a sporty, striped elastic band found in several pieces throughout the line appears to be a nod to styles familiar to the consumer. A geometric lace thong has men’s brief detailing and a tropical floral “Birds of Paradise” motif serves as the premiere collection’s required print. The bras, with the exclusion of the bralette, are convertible to racerbacks, and sizes above 36C have stronger, wider straps for increased support.

The innerwear space is the latest to see an influx of start-ups — apparel “basics” and food delivery services are others — and are gaining traction with consumers and investors alike. The vast majority of these brands are catering to the mid to mass market, where bras can range from about $25 through the mid-$60 price point. Some of the new entrants have established points of differentiation. Underclub uses a monthly subscription model and Thinx, which launched last year amid a flurry of subway and outdoor advertisements, offers what it describes as “the only period-proof underwear.” But it remains to be seen whether the product is strong enough to get millions of consumers to abandon the relationships they have with existing innerwear brands and try something new.

Negative Underwear has taken somewhat of a different approach. Not only have cofounders Marissa Vosper and Lauren Schwab opted not to raise any outside capital, they also decided to differentiate themselves from fabric and production standpoint.

Negative has taken the most high-end approach of the bunch, sourcing fabrics and elastics from the same mills as Eres, La Perla and Kiki de Montparnasse, using its vertical business model to charge less than half of their luxury counterparts. Eres’ Indiscrète demi bra retails for about $245, while Negative’s best-selling Sieve demi balconette costs $85.

To help drive home its message, Negativeunderwear.com is unveiling a new Web site today to better reflect this attention to fabric and detail.

“Our goal was to make this site as elevated as seeing our product in person,” Vosper said at the brand’s New York office in SoHo. “We wanted you to feel with your eyes, and that’s the differentiator: how the product feels.”

In the just over two years since launching, celebrities such as J. Lo, Gwyneth Paltrow, Miley Cyrus, Bella Hadid and Amy Schumer have become fans of the brand. Vosper and Schwab have hosted seven pop-ups around the country since May and participated in a Goop pop-up in Dallas in late 2014, which entirely sold out of all exclusive Negative Underwear merchandise in store and via goop.com. Vosper declined to give revenues, but said that business in 2015 doubled over 2014, with last year seeing the company’s first wholesale partnership with Steven Alan. Vosper maintained that the pilot with Steven Alan has received three replenishments in three months, which is prompting her and Schwab to have further discussions with other potential retail partners.

“We’ve been approached by some pretty compelling investors, but it still hasn’t felt like the right time for us. Once you’re a live, profitable business, it’s in your best interest to grow that business as big as you can organically — to wait until you can sell less equity at a higher point,” Vosper said. “The goal is to get your revenues to the strongest place you can before you raise, since investors are often looking at revenue as a proxy for valuation. When you raise pre-launch, you’re raising on a vision — the numbers are all hypothetical.”