The retailer spent 10 billion yen, or $106 million at current exchange, on the project. 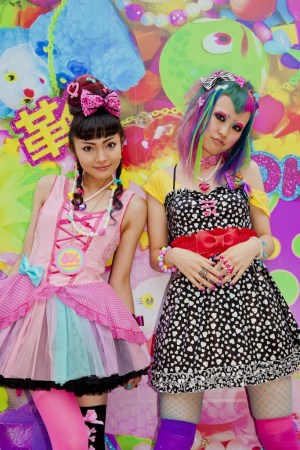 There’s a lot to stimulate the senses at Isetan’s newly remodeled Shinjuku flagship in Tokyo.

Visitors to the retailer’s main store will hear more than just the chatter of customers and the ka-ching of cash registers. “Music for Fashion Museum,” a piece commissioned by Isetan for the store’s grand opening and composed by Ryuichi Sakamoto, a notable Japanese musician, has been playing in the background since the March 6 unveiling.

“Music” is just one detail of the renovation, which was designed around the concept of a fashion museum.

Isetan spent 10 billion yen, or $106 million at current exchange, on the project. It began working on the five women’s floors in June, going floor by floor until the renovation was finished.

The flagship is filled with an ambitious amount of art, but it’s not displayed in the traditional way, framed and hanging on the walls. An area devoted to kawaii, which means “cute” or “adorable” in Japanese, features an installation created by Sebastian Masuda, who designs the Doki Doki collection. Mannequins wearing the clothes are positioned in front of the installation. It’s part of Isetan’s way of “seamlessly integrating art and fashion,” a spokeswoman said.

A shop for Zucca, a collection designed by Issey Miyake protégé Akira Onozuka, is screening “Memory of An Artist,” a short film written and directed by and starring the actress Rinko Kikuchi. There’s also a film about the making of the movie.

Shueh Jen Fang’s outpost explores unconventional ideas such as the designer’s fantasy world of sweet-bitter tastes in a space with an installation that looks like the prom party of a 16-year-old girl.

Isetan Shinjuku is placing an emphasis on Japanese designers based on the theory that many Japanese customers already own luxury brands such as Louis Vuitton. ReStyle Tokyo addresses this issue by offering incubation opportunities to 50 Japanese brands. And Isetan is carrying handbags by Finnish artist Klaus Haapaniemi, whose fanciful designs filled the retailer’s Christmas windows.

A Web site, minimal.jp, is dedicated to the fashion museum concept. There’s a notice about the Tokyo Art Fair, which takes place May 22 to 23, and information about a free publication and Web site, isetan-intothefuture.jp, which has been tracking the refurbishment of the flagship. It has been featuring a different artist each month. For March it’s Tehran, Iran-born Shirana Shahbazi.

Isetan Shinjuku even has its own symbolic muse à la France’s Marianne. Her name is Mona. An image of her with a sculpture created in her likeness was captured by Kishin Shinoyama, who worked with contemporary artist Kohei Nawa.