This year the company will spend about 300 million Hong Kong dollars, or $38.64 million, to expand its retail network. 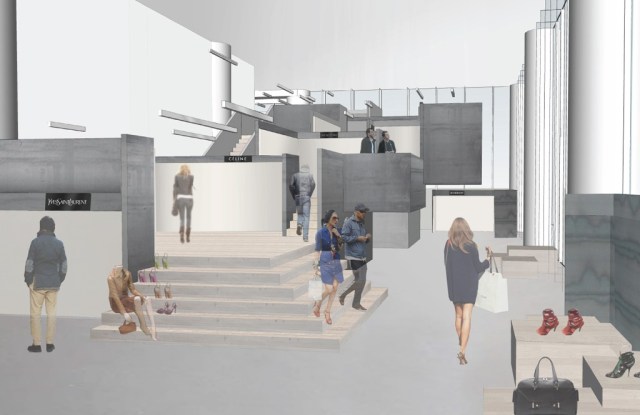 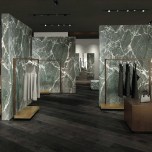 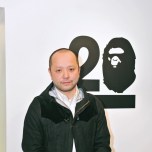 Hong Kong-based I.T Limited is aiming to become an even bigger retail player in the increasingly competitive market of Mainland China.

This year the company will spend about 300 million Hong Kong dollars, or $38.64 million, to expand its retail network. It will open four large I.T-branded stores in China, selling brands like Saint Laurent, Lanvin, Isabel Marant, Rick Owens and Comme des Garçons. But perhaps the company’s most ambitious project will be unveiled in September, when it opens the doors of a 500,000-square-foot Galeries Lafayette in Beijing.

Although the company is feeling the effects of a slowdown in the Chinese market, I.T chairman and founder Sham Kar Wai said he’s still optimistic about longer-term prospects in the country. He said he views his company’s position as unique. While other players such as Lane Crawford and its affiliate Joyce focus mainly on high-end luxury, his company targets younger, edgier consumers, who are part of the fast-growing middle class segment, he argued.

“We are not super luxury. We are not mass market like H&M, Zara or Uniqlo. We’re in the middle. [So this growth of the middle class] is helping us to increase our opportunities for the future,” he said on the sidelines of a recent 20th anniversary celebration for A Bathing Ape in Tokyo. I.T bought the money-losing Japanese street wear brand in 2011 and has since restructured it back into profitability, in part by moving much of the brand’s manufacturing to China from Japan.

In the meantime, I.T is grappling with a slowdown of the Chinese retail market, which has weighed on the company’s financial performance. His company miscalculated demand in 2012 and got stuck with a glut of unsold inventory, he said. The company had to resort to markdowns to get rid of that stock — a move that bit into its bottom line.

Sham, speaking just after the company released its results in May, said the company is in a better position now in terms of its inventory and is working to improve its margins. He said the company is aiming for a flat and “steady” performance this year so that it can resume a growth trajectory next year, although he declined to give a more precise forecast for 2014. He remains optimistic about prospects longer term.

“Medium and long term, we still have big confidence in the China market,” he said.

Perhaps no other project exemplifies the scale of that optimism more than I.T’s opening of a Galeries Lafayette in Beijing through a partnership with the storied French retailer. The opening comes at a time when multibrand retailing, both online and in physical stores, is heating up in China. Much of the country’s luxury retailing consists of monobrand stores in shopping malls. Lane Crawford is gearing up to open in Shanghai and Chengdu this year as players such as Net-a-porter and Neiman Marcus reach out to luxury consumers through e-commerce platforms.

“We’re trying to set out a new benchmark for department stores in China,” said Sham, explaining that he is eager to bring a European flair to a market dominated by a certain uniformity. “In China, most department stores look the same.”

Sham said about 70 percent of the Galeries Lafayette, which will be located in the Xidan district of the city, will consist of concession-style stores including shops-in-shop from brands like Saint Laurent, Balenciaga, Bottega Veneta, Fendi, Chloe and Givenchy. I.T’s own buyers will buy for the remaining 30 percent to give the store flexibility and a distinct image.

The executive said the department store will aim to broaden luxury brands’ consumer bases and lure shoppers who might be intimidated to enter brands’ flagships.

“The department store is more inviting,” he said.