Italian textile and accessories makers are counting on the dollar's advance against the euro to boost orders in 2015. 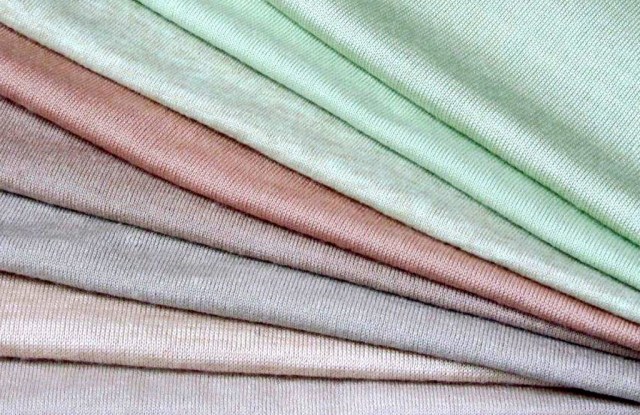 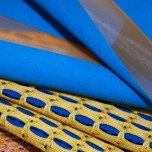 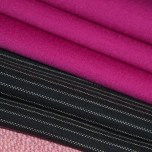 MILAN — The Italian textile and accessories makers that showcased their spring 2016 collections at Milano Unica are counting on the dollar’s advance against the euro to boost orders in 2015.

“This year started off with some uncertainty with the situation in Russia, but with positive economic signs in the U.S., we will probably see a moderate but steady growth progression this year…in the second half of 2015,” Pier Luigi Loro Piana, Loro Piana Group vice president, said at the fair, which was held last week at Fieramilanocity.

The euro is currently trading at $1.14, continuing its downward trend that intensified at the start of 2015 on fears that the European Central Bank would start buying government bonds to stimulate economic growth. Valued in dollars, the price of many raw materials will increase for fabric purveyors here, but the renewed buying power of the American customer is expected to offset commodity fluctuation.

“The currency situation will certainly be a major factor in helping sales in 2015,” said Zegna Group chairman Paolo Zegna. “Trends are up and down, but there will definitely be positive effects on Italy.”

SMI president Claudio Marenzi said the industry continues to shrink but at a slower rate. The textile sector, consisting mostly of small and medium-size, family-run companies, lost 0.2 percent of its workforce and about 200 companies in 2014.

“We lost more than double the number of factories in 2013,” Marenzi said. “There is hope of recovery.”

Milano Unica celebrates 10 years this year, and organizers are aiming to have a New York version of the fair ready for July.

“There is hope in the U.S. market,” said Bocchese 1908 chief executive officer Michele Bocchese, noting that he plans to take part in the U.S. edition of the fair. “Italy, France and China are our primary customers, but our objective is to start boosting our sales by selling in the U.S. market.”

Botto Giuseppe ceo Silvio Botto Poala said his company purchases silk and cashmere in dollars, while their wool is sourced mainly from Australian wool farmers. “I am not sure if the weaker euro will translate into more sales, but we have the U.S. market growing well and everyone is optimistic,” he said.

Milano Unica remains a key place to scout trends for many designers. Jungle, tech and neo-Modernist themes were paramount.

With more than 350 looks in its spring-summer collection, Lorenzo Bonotto, owner of Bonotto SpA, said that his company generates about 30 percent of its sales through making exclusive fabrics for fashion’s top couture and ready-to-wear collections.

This season, Bonotto unfurled an array of blended materials — natural and synthetic cloths in ethnic prints and jacquard fabrics for blazers, ponchos and capes, while its Fabbrica Lenta line was crafted with Thirties-era looms that create more stiff, raw fabrics that are then washed with natural detergents like Marseille soap and water. The line’s label bears an antique-looking stamp with Bonotto’s grandfather’s face on it.

There was also a raw feeling at silk maker Bocchese. Its raw silk line is highlighted by a color palette of powder grays and a stiff, unfinished look for spring. Country-table-looking prints and fabrics were prominent among leading shirt fabric makers Canclini, Cotonificio Albini and Lanificio di Tollegno, which showcased seersucker, gingham, striped and alpine check prints.

Biella-based wool mill Reda, which celebrated 150 years this month, also concentrated on hydrorepellent finishes. Its Friendly Twist line was inspired by the Eighties, crafted with elastic materials and aimed at working men with fast-paced lifestyles.

Eco fabrics and initiatives remained a key focus. Italy’s Canepa group signed an agreement for its Save the Water-Kitotex technology with Italdenim and yarn maker Cariaggi. The technology uses material derived from chitin, a natural, nontoxic, biocompatible and biodegradable substance found in the exoskeleton of shellfish and allows a 90 percent reduction in water and energy use, as well as the elimination of most pollutants.

Spotted at the fair perusing swathes of fabric was Turkish designer Umit Benan, who said, “I try to do as much research here as I can. The concepts for my collections are already in place and my collections are sketched, but fabric design is something else. They have to be really creative for me to get truly inspired.”