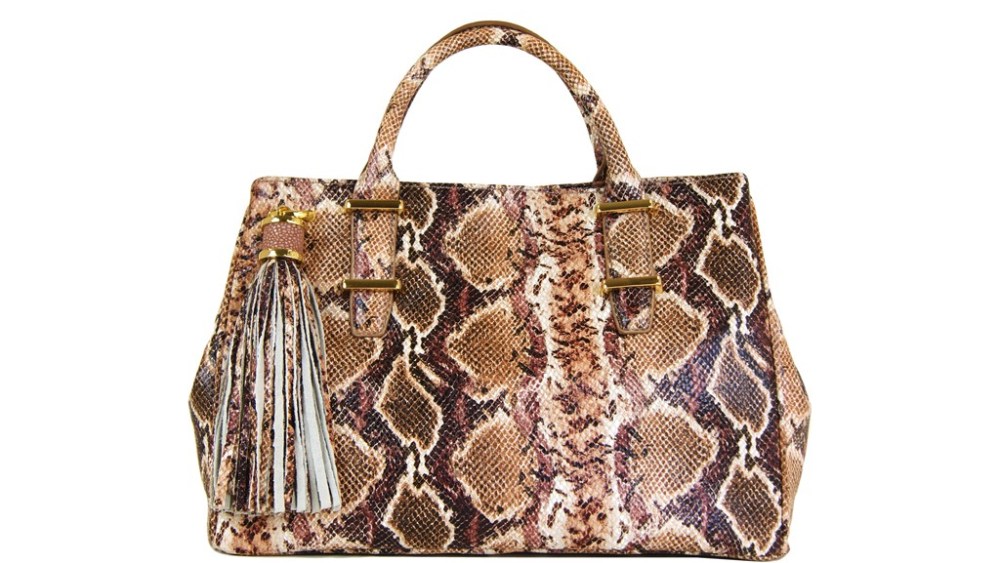 Ivanka Trump is launching leather handbags and giving Bloomingdale’s a jump on the competition with a monthlong exclusive.

The collection, called Ivanka, is an extension of Trump’s core handbag line, and the latest addition to her fast- growing fashion business, estimated by sources at more than $325 million at wholesale. Trump already sells apparel, outerwear, fragrance, footwear and accessories, and is launching home products and sunglasses next year.

“My main focus is solidifying all the categories I have already launched, but there are a few categories I’m thinking about potentially bringing into the mix, only if it’s the right opportunity with the right partner,” Trump told WWD. “Outside of fragrance, I haven’t done anything in beauty yet.” Watches and children’s wear would also be logical extensions to her brand, she added. Mondani Handbags and Accessories is licensed to produce Ivanka.

“We’ve had tremendous success with my original collection in The Bay, Lord & Taylor, Nordstrom and Macy’s, which has a slightly lower price point” than the Ivanka line, which she said “gives us the ability to expand to Bloomingdale’s and later open up our distribution.”

Bloomingdale’s will launch the collection Aug. 12 before other stores get on board four weeks later. Trump declined to specify which other retailers she expects to carry the line, but Saks and Neiman Marcus would be possibilities. “It’s very important that we don’t grow distribution for the sake of distribution,” Trump said. “We will only go into stores where the customer base is appropriate for the brand and where there is the presentation to support it. Bloomingdale’s has been an unbelievable retail partner. We worked with them to create a collection that will be well positioned for their customer and complementary with my shoe line.”

She said the collection is all leather, and priced from $225 to $395, in the same echelon as Kate Spade, Michael Kors and Coach. “Aesthetically, it has a unique point of view, but it’s still consistent with my brand,” said Trump. “There’s a tremendous amount of architectural inspiration and hexagon elements that evoke my jewelry. I tend to like more rigid shapes as opposed to less structure.” She also cited jewel tones, exotic stingray, snake and alligator prints and metallics as key elements.

“My focus is growing my wholesale footprint domestically, independent freestanding stores and e-commerce,” Trump said. “Within the next six months, we’ll be launching an…innovative e-commerce site. It will be a major driver for the main brand and a point of differentiation. A lot of brands think of [e-commerce] as an afterthought. I really want e-commerce to be a flagship. I have been very strong on social media. It allows me to communicate in a very honest and direct way,” Trump said, citing Twitter, where she said she has more than two million followers, as well as Pinterest, Facebook and Instagram.