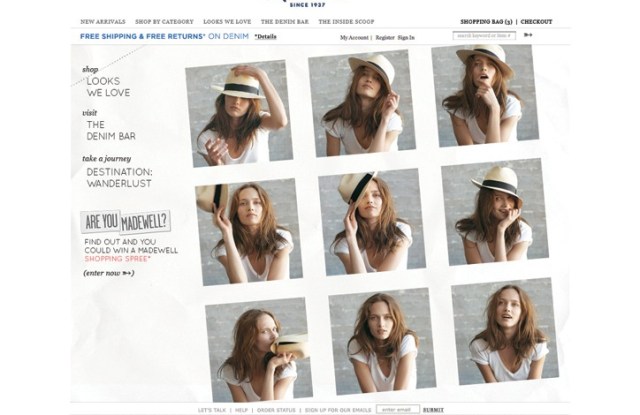 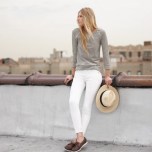 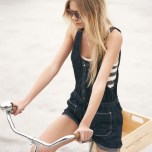 With the official launch of its e-commerce site last week, the four-year-old Madewell brand has “arrived” and is ready for a new growth phase.

That’s the message from the parent company, J. Crew Group, and its chairman and chief executive officer, Millard “Mickey” Drexler. “There is nothing in fashion that is not always a work in progress. However, we feel we’ve progressed enough to commit capital and a growth plan to the business,” Drexler said in an interview Tuesday on Madewell and its new Web site. “We’ve been through four intense, creative years of putting together something we are very passionate about. The collection is ready and the way we want it to be.”

Madewell.com actually quietly made its debut May 27, without any marketing, and since then, Drexler said he’s been watching it “every minute of every day, like a new baby. We watch it real close like we watch the launch of any J. Crew business. Every day you get tons of feedback.”

The Web site is critical for Madewell, which nurtures a cool, hip, downtown-casual vibe infused with lots of denim at prices comparable with J. Crew. “We feel it’s a very, very important opportunity, given that we only have 17 Madewell stores,” Drexler said. “Madewell is [relatively] unknown, except there is a core group of followers around America who know it and are buying it.”

While J. Crew Group is very profitable, Madewell isn’t yet, losing $14 million last year on a pretax basis partially due to the less-than-opportune timing of several store openings during the last 18 months, a period when consumer spending plummeted, and a lack of scale to offset costs. Regarding the outlook for profitability, Drexler replied: “It’s dependent on two things: how quickly we make new store deals and how successful our online site becomes. We’re feeling very good about what’s going on, given the customer response to both stores and online.”

He believes there’s “pent-up demand” for Madewell, which warrants the launch of the Web site and additional stores. “It’s been scarce and not easy to shop. Things today in the world are viral,” he said.

As far as the online performance to date: “We’ve been very pleased with the amount of hits,” though many are people checking out the brand for the first time, more like window shopping rather than buying at this point, he acknowledged.

Asked what’s selling best online, Drexler cited items under the “Looks We Love” banner, including The Perfect chambray shirt, the Ahoy striped T, white skinny ankle jeans and the Wanderlust exclusive line for Madewell. Wanderlust is a Cambodia-based collection created by former fashion editor Elizabeth Keister. “We love the vibe of what she does,” Drexler said.

He already sees changes for madewell.com. There will be more editors’ and stylists’ comments on the site, more product shown on models and more online-only exclusives, as well as the Alexa Chung for Madewell Collection, which also will be sold in Madewell stores starting Sept. 10. In addition, it’s possible that Kin Ying Lee, head of Madewell design, or Gigi Guerra, Madewell’s marketing director, will get spotlighted on the site.

New Madewell stores this year are planned for University Village in Seattle, Easton Town Center in Columbus, Ohio, and in Georgetown in Washington. “We are expanding it. We are not overexpanding. I believe strongly in not being in a terrible hurry, but to do it right. We’re being selective on real estate,” said Drexler.