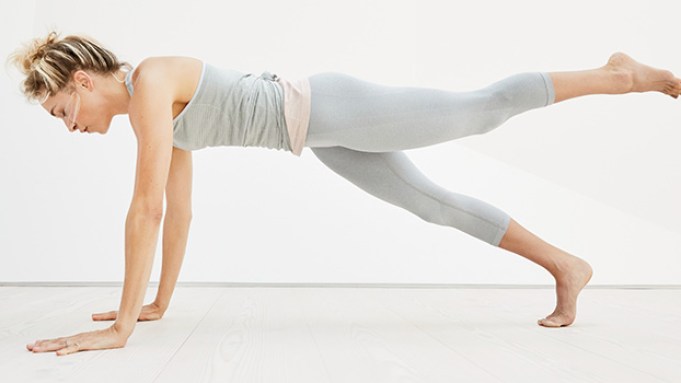 J. Crew is going the distance with New Balance.

After selling the brand’s sneakers for 11 years,  J. Crew will launch its first active collection in partnership with the Boston-based company.

The New Balance x J.Crew women’s active collection will debut on Tuesday and expand to men’s active in spring 2017.

In activewear — among the few strong-performing categories in the anemic apparel sector — J. Crew would appear to be a Johnny-come-lately. But the retailer’s chairman and chief executive officer Millard “Mickey” Drexler had a different perspective. “I don’t think the party is over yet. This is here to stay,” he said, speaking to the steady active trend. “We feel we can make a difference.”

J. Crew, Drexler explained, needed a partner to launch active. “We did not have the expertise to do this alone,” he said. “We have style sense and quality sense. But we didn’t have the technical sense in getting it done. It’s really important for us to do it — and to do it right.”

The collection will be sold on the web sites of both brands, as well as at 35 of  J. Crew’s 287 stores around the U.S. as well as two J. Crew stores abroad, in London and in Toronto’s Yorkdale Centre. New Balance x J. Crew will also be sold at five New Balance flagships including two in New York, and one each in Boston, London and at a San Francisco store opening mid-November. If the collection sells well, J. Crew will roll it out to more of its stores, though there is no specific plan beyond the initial 37 at this point.

The cobranded collection has 20 styles including sneakers, pants, sports bras, shorts, tank tops, short and long-sleeved tops, jackets and pullovers. Prices range from a $15 headband to a $200 soft-shell jacket.

In addition to launching men’s in spring 2017, the collection will feature a new cobranded logo, and additional patterns and styles.

Of the New Balance sneakers sold at J. Crew since 2005, many have been classic styles from the brand’s archives; others were developed exclusively for J. Crew. “We’ve had a really strong, successful relationship with New Balance working on collaborations, exclusive sneakers and colors, etc. So it seemed to be a natural opportunity to expand into the active business,” Drexler said.

Often the activewear sold at different stores appears similar in look. But Drexler said the new activewear collection will be “very J. Crew in spirit, very cohesive. It’s not about just a black pant or black top. It’s about color, stripes. We think it brings a new dimension to the business.”

Drexler said the New Balance partnership marks the first time J. Crew has sold true performance activewear from a technical, fabric, engineering point of view. “You can do yoga, cycling, kickboxing. This is the real stuff. It’s performance along with style.” And equally appropriate to wear for car pools, errands and the like, Drexler added. “It runs the gamut.”

New Balance x J. Crew will occupy 150- to 200-square-foot areas in the stores, with specially designed fixtures to set the shops apart from the rest of the store. “It will have its own small section, but it will be big enough to give it a good presence,” Drexler said.

The J. Crew Group, currently in  turnaround mode, has been open to new types of collaborations, including recently wholesaling the J. Crew and Madewell brands to Nordstrom. The retailer has had “small collaborations” with, for example, Sophia Webster shoes and Drakes of London men’s wear, though New Balance represents “the largest we have done,” said a spokeswoman. “We’ve taken a strong position from an inventory point of view.”