The brand's new Regent Street store is the largest of a trio of units to open in very different neighborhoods across the English capital in the past few weeks.

By Samantha Conti and Julia Neel on November 6, 2013
View Slideshow 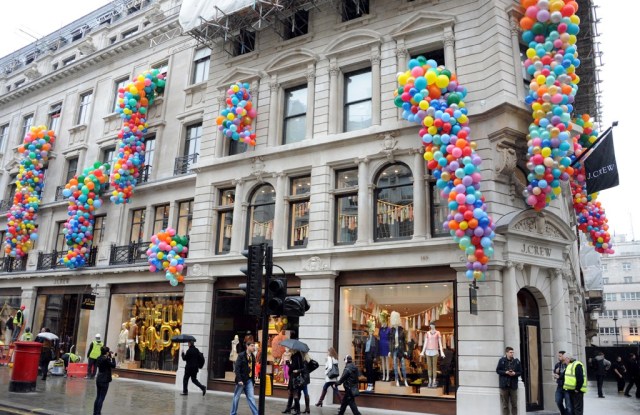 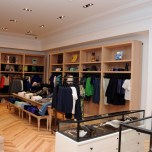 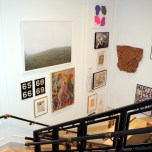 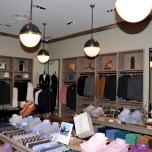 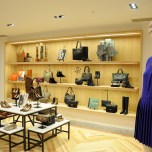 J. Crew spelled it out with fat, shiny gold balloons in a front window of its first European flagship on Regent Street, the largest of a trio of J. Crew units to open in very different neighborhoods across the English capital over the past few weeks.

The store at 165 Regent Street spans 17,000 square feet, with about 11,000 square feet of selling space over two floors. It has a separate entrance for men’s wear on Regent Street and one for women’s on the corner of Regent and New Burlington Streets. Its neighbors include Burberry, Anthropologie, Banana Republic, Jaeger, Tommy Hilfiger, Gap, Hugo Boss and Zara.

While the space may be sprawling, it has a homey feel: In the women’s area, there are reclaimed hickory herringbone parquet floors the color of hay; white oak tables, shelving and cabinets, and hand-painted Chesterfield armchairs.

The men’s zone has a similar feel, but with a darker palette: Features include reclaimed walnut herringbone floors, tables and cabinets; Hicks pendant lights, and vintage midcentury modern furniture.

A big, Art Deco-ish staircase with custom-designed glass and iron handrails links the ground and first floors, while walls are covered with a variety of framed works, including vintage drawings and photos, magazine covers, silk-screen prints and movie posters from the Fifties, Sixties and Seventies, adding to the town house feel.

Jewelry is on display in glass-topped wooden cases — the sort that might have held Victorian butterfly collections — or under giant bell jars, while coffee-table books and sculptures are stacked among the zip-front miniskirts, ankle boots, bags and cashmere sweaters.

“Here we are, with a new business in a world-class city,” said a proud Millard “Mickey” Drexler, chairman and chief executive officer of J. Crew Group Inc., during a walk-through of the new unit, whose opening he revealed exactly one year ago.

To celebrate the first European flagship, the Regent Street store was festooned with festive rainbow-colored balloons for a party on Wednesday night. Inside, Drexler and his team were surrounded by still more balloons and hoards of J. Crew fans and supporters. Net-a-porter founder and executive chairman Natalie Massenet was flanked by Holli Rogers, ex-Harvey Nichols fashion director Paula Reed, Elizabeth Saltzman and Sir Philip Green.

There was a refreshing lack of “faces” in the crowd. “No, we didn’t want to pay any celebrities to be here,” said one J. Crew insider. “It’s not really a J. Crew thing to do; everyone who’s here is here because they love the brand. We’ve made a big effort to make ourselves known on the street and in London before we opened, so people know what we’re about now.”

Last month, J. Crew opened the first of its three London stores, a 1,300-square-foot men’s unit at 38 Lamb’s Conduit Street, and today Drexler and the team will cut the ribbon on a women’s-only J. Crew Collection store at 175 Draycott Avenue in South Kensington that spans 3,500 square feet.

Asked about opening a shop in one of the most competitive retail districts in the world — London’s West End — Drexler is clearly up for a fight: “There is no shopping street in the world that is without competition, and on top of that, everyone can shop on their handheld devices now. That is a fact of life. What we want to do is give the customer something to react to emotionally, to be who we are, and to be as good as we are here as anywhere else,” he said.

There are no special merchandising tweaks or exclusives for the London shopper. “Did Mercedes, Audi or BMW design a different grille for different countries?” asked Drexler, adding that the brand would continue to work with British and Irish mills such as Abraham Moon, Fox Brothers & Co., Harris Tweed, Liberty Art Fabrics and Baird McNutt.

J. Crew won’t be stopping at three units in Britain. “We’re exploring [expansion in] the U.K. and in other countries. But we’re not in a rush, and we don’t plan to roll stores out quickly,” said Drexler.

That said, the J. Crew chairman and ceo wasn’t always so keen on the idea of expansion outside North America — especially in the early days of his tenure. But he said the brand has evolved since then.

“Ten years ago might as well have been 1,000 years ago. If you think the same thoughts that you did 10 years ago, your business would never move forward. If everybody followed 10-year-old rules, there would be no iPhones, no iPads, no Whole Foods.

“Ten years ago there was too much work to do inside J. Crew, and foreign expansion would not have worked from an investment point of view,” he added. “But, now, the time is right. We’ve evolved the business, and it has an appeal worldwide. We know that from hanging out in our stores and listening to our customers, tourists who ask us when we are going to open in their cities.”

Eighteen months ago, the brand also began delivering to more than 100 countries worldwide.

As for why J. Crew chose London in particular, he said: “It feels like New York. In fact, it’s much more similar to New York than most of America is to New York. It’s a big city with lots of fashion, and it’s important for us to be here.” He added that one thing he is curious to discover is whether the “sale mentality is as prevalent here as it is in the U.S.”

Drexler declined to give first-year sales projections, but said he would have the same “if not higher” revenue expectations for Regent Street as he would for the J. Crew stores in New York.

The J. Crew team has repriced every single piece of merchandise, taking into account the cost of doing business in London. Generally speaking, prices are on average about 20 percent higher than they would be in the U.S., according to the company.

Drexler believes J. Crew delivers value for money, even at higher prices. “Look at this treasure trove of cashmere — the color, design and silhouettes,” he said, gesturing to a ground-floor room packed with knitwear in a palette of hot, rich colors.

“You could walk up and down Regent Street, but I don’t think you would see a cashmere assortment the equivalent of this; you wouldn’t find the quality, style, design and value. We put a premium on design, and there is a good value component to what we are offering,” he said.

“I think what every brand always wants is a sense of loyalty, whether it be a cut they love or a salesperson they’ve struck up a relationship with. J. Crew will never be about the latest trend. I’d much rather our customer find a connection with the brand,” she said.

Lyons is also eager to see how local customers will put J. Crew together. “There is a different level of ease in London, compared with New York or Los Angeles. It’s a natural sexiness, a more understated glamour,” said Lyons, who was decked out in black-and-white Sophia Webster for J. Crew heels from the spring collection, Ludlow men’s trousers that she had had tailored, a men’s cardigan, a sparkle-embellished blouse, double-face cashmere camel-colored coat and lots of gold bracelets.

“In fact, I walked out of the hotel this morning, and thought to myself, ‘Oh — I feel so dressed up now.’”