Tailspinning Toward Bankruptcy, J. Crew Once Had It All

The brand must recapture lost customers and the distinctive aura of years ago.

It wasn’t all that long ago that J. Crew had a special place in fashion — a niche between luxury and mainstream, a blend of whimsy, preppy and classic appeal, and never too trendy.

The aura was amplified by a cadre of colorful creatives led for about a decade and a half by Millard “Mickey” Drexler, who founded Madewell and Old Navy, and designers Jenna Lyons and Frank Muytjens.

But they’re all long gone from the business after a string of strategic and design missteps — and so has the “cool factor.”

Now the $2.5 billion J. Crew Group is on the precipice of bankruptcy, overwhelmed by its $1.7 billion in debt from a 2011, $3 billion leveraged buyout — its second; the coronavirus; a failure to re-engage the customer and revive the formula, and an inability to cast off J. Crew’s sister brand, Madewell, into a separate public company. The IPO would have raised money to pay off the debt, much of which comes due next year, and salvage the J. Crew brand while spotlighting the value in the growing Madewell label.

“It will be a Chapter 11, a debt-for-equity swap, with the new creditor owners taking over and continuing the business. It’s most likely happening Monday,” said one financial source on Saturday. Debt holders would take over the business from TPG Capital, which owns 70 percent of J. Crew Group; Leonard Green & Partners, which owns 20 percent, and Drexler, who still has a 10 percent stake.

“Madewell was going to go public to save J. Crew. Sad it couldn’t happen,” said one market source.

J. Crew dates back to 1947, when Mitchell Cinader and Saul Charles founded its predecessor Popular Club Plan, which decades later was sold off to Fingerhut.

In 1983, the J. Crew catalogue was launched by Arthur Cinader, Mitchell’s son, and Arthur’s daughter, Emily Woods. It was Arthur’s gift to his daughter, the muse for the catalogue. Often, models in the catalogue resembled Emily. As the brand grew in popularity, attempts to give Emily more of a public persona never really took off. She had the look but didn’t quite take to the role.

In 1997, the company was purchased by TPG, and in 2003, after several years of so-so performance, Drexler joined as chairman and chief executive officer, with an equity stake. At the time, the brand was very preppy and was mostly maintained a Northeastern clientele. While the customer base was loyal, the brand was losing its appeal. The owners brought in Drexler — who at Gap Inc. had redefined how America dressed but had been fired after two years of poor performance — to work his magic and put the brand back on the growth track. Drexler was eager to prove he still had his touch, and under his merchandising and marketing savvy, J. Crew grew into a leading global fashion brand. The label boasted of using Loro Piana cashmere in its sweaters but at a quarter of the price of a designer style, and helped drive the wave of dressing high-low, as women readily mixed its wares with designer labels. Drexler and Lyons were feted in magazine and newspaper articles worldwide, and both became media darlings, Lyons for her style, Drexler for his enduring merchant skills.

The company went public in 2006 through a $376 million IPO — at the time, the most successful in retail history. That same year Madewell, a label derived from an old workwear factory in New England, was founded by Drexler, and Emily Cinader left the company, ending the family’s involvement.

Drexler also began wholesaling the J. Crew and Madewell brands on a limited basis to Nordstrom and a few other stores, and created some collaborations with, for example, Sophia Webster shoes, Drake’s of London men’s wear, and New Balance.

“There was a time when women bought a J. Crew jacket for the office, it was cool enough to wear at night, too, and a guy could get a blazer at an affordable price, but it had a cool factor,” said Robert Burke, chairman and ceo of Robert Burke Associates consulting firm. “It was very color-based, with whimsy, a touch of Americana, and there were those good core items — little jackets, coats, skirts,” as well as a flair for pattern mixing, quirky styling, bright colors, mixing prints and stripes. “It all had a reason for being,” said Burke. “In its heyday, you had Michelle Obama wearing a J. Crew twinset or a J. Crew coat on TV,” on “The Tonight Show.”

The brand appealed to different generations, captured both designer customers and those shopping better-priced and contemporary brands. It almost inadvertently developed an international following, even though it had only limited overseas distribution through a handful of web sites such as Net-a-porter and a few in-store shops such as at  Le Bon Marché. Drexler, having seen how Gap struggled overseas, had vowed for years that J. Crew would never build an overseas network of brick-and-mortar stores. For international tourists with an inclination to shop, J. Crew became a primary destination.

“It stood for dependability and had enough newness to make it fresh and exciting,” said Burke. “At the same time, Madewell was targeting a younger, cooler customer, was more vintage-inspired and it, too, resonated. But then J. Crew lost its cool, its reason for being, and a lot more competition emerged — the Everlanes, Uniqlos, Bonobos, fast fashion.”

“It was aspirational, preppy, with a Northeastern feeling — great basics with a little bit of a twist, whether it was in the fit or a detail. The style was right for the times — chino shorts, basic Ts, turtlenecks,” said Suzanne Silverstein, president of Seven For All Mankind. “J. Crew had a long run, but that preppy feeling of the Eighties and Nineties slipped out of vogue and they didn’t figure out how to evolve. The styling got too tricky. The quality started to be compromised. But with Madewell, they nailed it,” Silverstein added. “Madewell moved the company into a more casual space for Millennials while J. Crew was more Generation X. Still, Madewell was not enough to right the whole ship.”

“Madewell does have its own fashion voice,” Burke observed. “It does seem more ‘downtown.'” It wouldn’t be first out of the gate with a look but it would be on trend with items like long-tiered dresses or jumpsuits. Being rooted in denim, Madewell has stayed within its lane, Burke suggested. 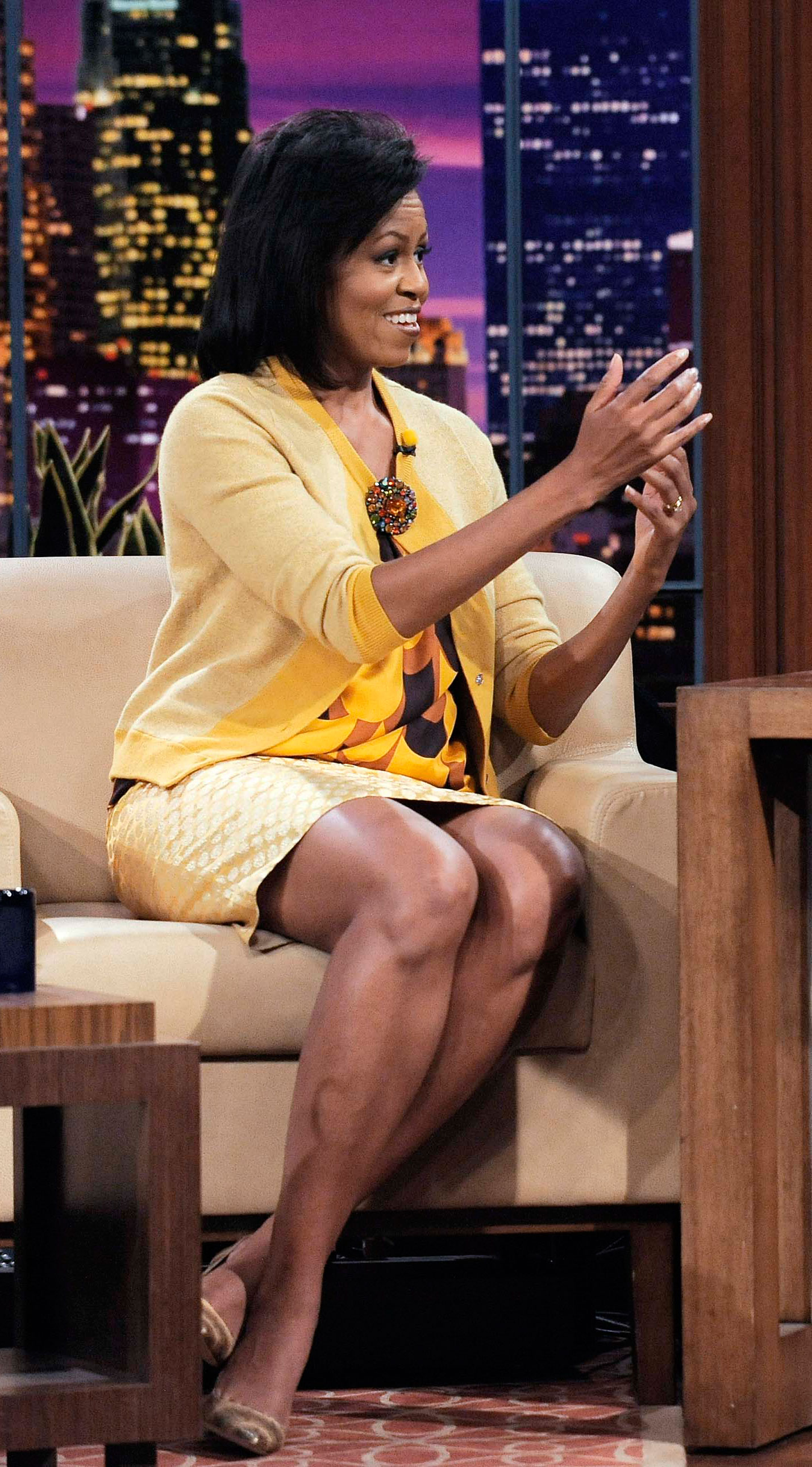 Michelle Obama on “The Tonight Show With Jay Leno” wearing J. Crew in 2008.

J. Crew Group did have a long run of sales and profits gains, and around the time the Great Recession hit, the Lyons-designed J. Crew Collection was introduced with $800 skirts and $1,900 cashmere sweaters, and was shown for the first time at New York Fashion Week. But as the seasons passed, the shortcomings became evident. There was a failure to invest enough in technology. When omnichannel became the industry buzzword, it never seemed to be part of the J. Crew vernacular. As Lyons pushed the brands into more fashion-forward looks with higher price points, core customers — eager for strong, more basic styles of good quality that they could wear to work — began to feel neglected.

The company was a Johnny-come-lately to the ath-leisure trend, and “inclusiveness” never factored much into the imagery. It was only two years ago that the brand’s first loyalty program was launched, and for the last several years, the J. Crew brand has grappled with a string of fashion misses, pricing issues and management changes, and became as promotional as any retailer.

The TPG/Leonard Green acquisition of the business in 2013 for $3 billion put about $2 billion in debt on the books, and in 2014 J. Crew fell deep into the red, posting a loss of $607.8 million. The once high-flying J. Crew for about five years now has been in a slump, struggling more than most fashion brands in an increasingly challenging apparel retail environment. The owners in 2015 significantly wrote down the value of the J. Crew brand.

In 2017, Drexler stepped down as ceo and was succeeded by former West Elm president James Brett, who did little to reverse the decline. Some market sources feel he furthered it, and that Drexler would have done better.

Brett’s fall 2018 relaunch of the J. Crew brand, involving adding more fits, sizes and color range, lacked sufficient verve, and was perceived as watering down the product and quality. But right after his dismissal in November 2018, he argued that the new assortment created “a compelling brand narrative” with “upgraded quality, accessible price points and style, all while still feeling iconic to J Crew…it was never about cheapening the core J. Crew brand.”

In April 2019, Libby Wadle, longtime J. Crew Group executive, was named Madewell ceo, and in January, Jan Singer became ceo of the J. Crew brand. Singer, a veteran executive in consumer goods and retail, was ceo of Victoria’s Secret, and earlier worked at Spanx and Nike. When Singer joined JCG, the company specified that she was selected to oversee the J. Crew and J. Crew Factory brands and businesses, without having responsibility for Madewell, which was being set up for an IPO. Singer and Wadle report separately to the board, which will be recast with the bankruptcy.

“Jan will be able to fix J. Crew if she can put together the right design team,” said a source familiar with the company.

Before Singer’s arrival and prior to the pandemic outbreak, there was some improvement in the business seen, largely attributed to store closings, personnel cuts and a renewed focus on the categories and items at J. Crew with a history of sellthroughs, such as ballet flats, the Regent and Rhodes blazers, the Italian cashmere from Loro Piana, outerwear and the Martie pants. 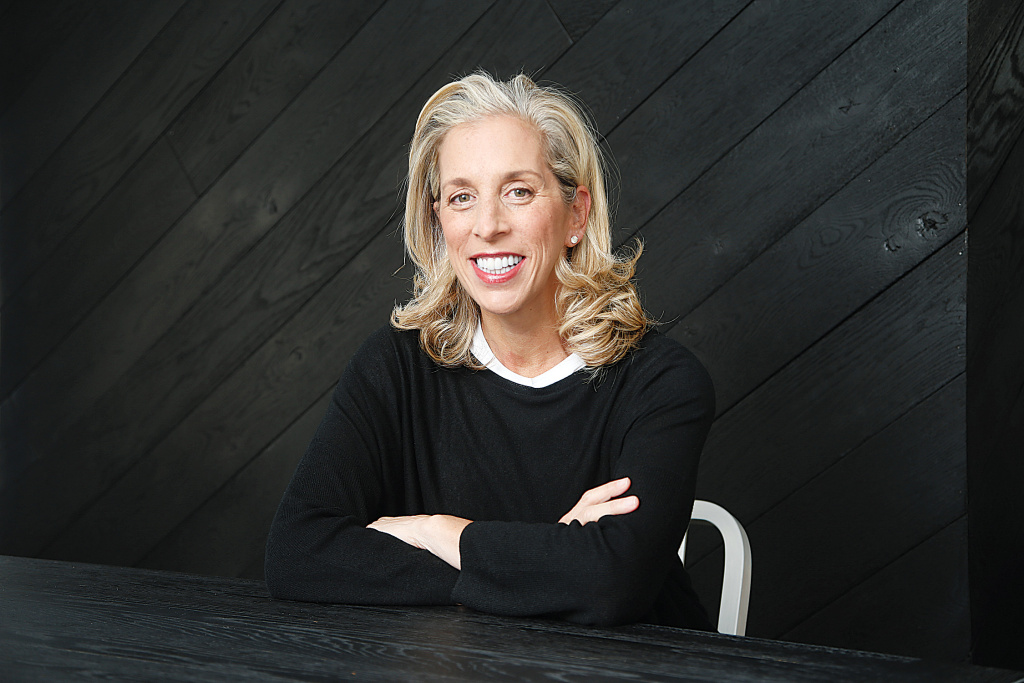 Some fashion sources believe that despite its gains, Madewell, too, has been losing its coolness, though the jeans business, the heart and soul of the brand, is holding up. “I think Madewell’s point of view has become murky,” said one fashion executive. “It’s too young in appeal.”

Michael J. Nicholson, president and chief operating officer, had a different perspective. “Our fourth-quarter and full-year results reflect exciting progress at J. Crew, driven by strong gross margin performance and the accelerated benefits from our multiyear cost optimization program, as well as continued growth at Madewell,” he said when the results were released.

But while there may have been progress, it was not exciting enough to avert a bankruptcy. 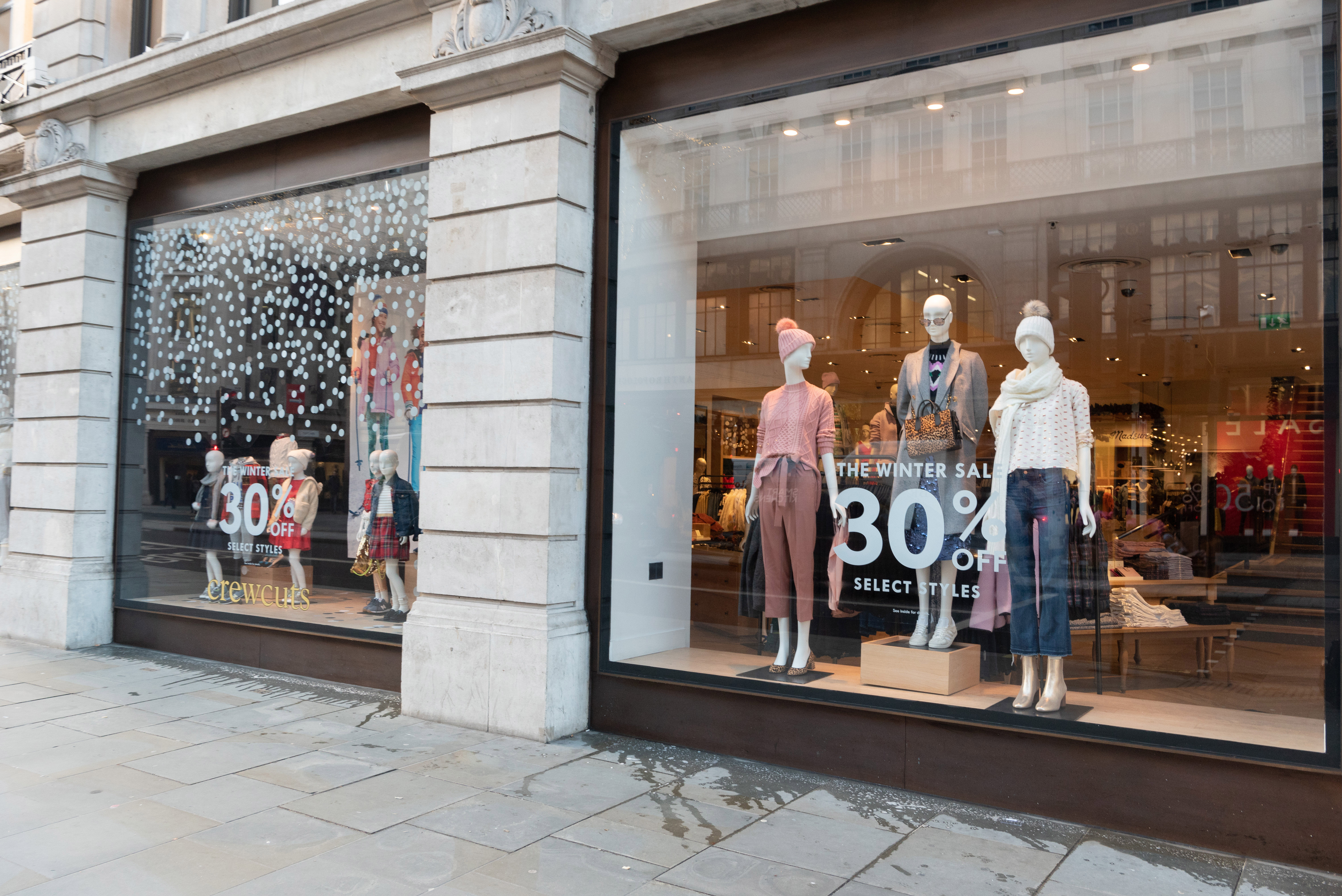