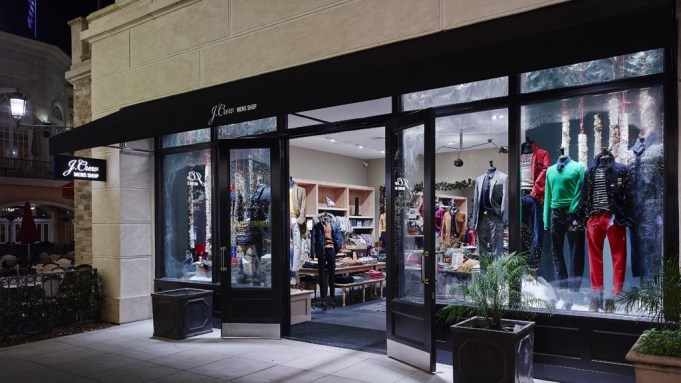 It was a good day for the J. Crew Group.

The company also disclosed that it signed a lease for its first overseas store, at an historic site on London’s Regent Street. “We’ve waited a long time for this,” Millard “Mickey” Drexler, J. Crew’s chairman and chief executive officer, told WWD. “It’s the next chapter in our growth and our future. It’s an important flagship location on arguably one of the most important streets in one of the most important locations in the world.”

In the third quarter, J. Crew’s adjusted earnings before interest, taxes, depreciation and amortization rose 18 percent to $98.9 million from $83.8 million in the year-ago quarter. The company believes adjusted EBITDA, taking into account expenses from the March 2011 acquisition of the company by TPG Capital and Leonard Green & Partners, is a better barometer of growth. The net income figure includes transaction-related expenses and inventory valuations.

The company was pleased the performance was pretty balanced between the stores and the direct business. Accessories and men’s were standout categories.

In an interview on the London store, Drexler said the site at 165 Regent Street, on the corner of New Burlington Street in Mayfair, is a landmarked building, formerly occupied by Burberry. It is being restored to its original character. He expects the store to open toward the end of 2013.

Asked why he chose London for J. Crew’s first overseas store, Drexler said, “We felt comfortable being there. We share the same language. We are not pioneers here. A lot of other [U.S. retailers] have been here and have been successful here. It’s an incredibly important fashion city. London was an easy decision — it’s a place where people understand and respect the integrity of great style and great design. But the first consideration was our customers. We’ve had a lot of visitors coming from London wishing they had a J. Crew in London. This was not a difficult decision.”

Drexler added that London is among the top three global markets online for J. Crew. “Our clothes speak and sell internationally,” he said. “We have always felt that fashion is an international language, that it has no barriers.”

In a sense, London could be considered a test to pass before future international stores are opened. “If we can’t do business on Regent Street, it would influence us down the road. We look at Regent Street the same way we look at stores on Fifth or Madison Avenue, or North Michigan Avenue in Chicago. I would imagine, if you can’t make it there, you can’t make it anywhere. We are looking at other [London] locations now, but we are in no hurry, other than to find the right location.”

J. Crew is also eyeing Hong Kong for a 2014 opening, though Drexler said he’s not close yet to locking in a location. “We have been offered a few spots,” he said. “The location along with the economics need to work for us before we go ahead.”

The 17,000-square-foot, two-level London site will be unusual because it will have separate men’s and women’s stores, with separate entrances, and a Crewcuts shop inside the women’s store. Typically J. Crew puts women’s on the first level and men’s on the second. The change reflects the importance of men’s apparel and accessories. “Especially in London in our first store, we want a guy to feel that he’s in a men’s store,” Drexler said. The men’s shop will offer the full range of the brand’s signature Ludlow collection of suits, shirts, shoes and accessories, and items from J. Crew’s In Good Company collection of brand partnerships

The women’s store will feature an edited selection of merchandise, including J. Crew Collection in special fabrics and prints, Italian cashmere and a dedicated shoe and handbag salon.

Last year, J. Crew crossed borders for the first time by launching international shipping, partnering with Net-a-porter and opening a store in the Yorkdale Shopping Centre in Toronto, marking the first store outside the U.S. There are currently five stores and two outlets in Canada. Last March, J. Crew expanded its international shipping to 107 countries, and more recently revealed a plan to distribute to Lane Crawford in Asia. A selection of J. Crew merchandise is available internationally through jcrew.com, and partnerships with Net-a-porter.com and Lane Crawford.

Underscoring the strength in men’s, J. Crew last week opened its ninth men’s store in the U.S., at The Grove in Los Angeles, where J. Crew also just opened a Madewell unit. When J. Crew gives men’s wear its own shop, “We’ve seen such huge success, and it’s not just financial, but also in terms of customer perception and loyalty to the brand,” said J. Crew president and creative director Jenna Lyons. “For some men, walking through a store with sparkly baubles and high heels isn’t the most desirable experience.”

The Grove store is inspired by Swiss chalets and features raw white oak bays, slate flooring, blackened steel tables and a dark metal storefront reminiscent of turn-of-the century mom-and-pop stores in New York. The store does have local touches, including found objects and vintage furniture picked up in Los Angeles and, behind the cash wrap, artwork by California artists Ed Ruscha and Robert Bechtle.

The men’s store is divided into four areas. In front, there’s the Wallace & Barnes line, J. Crew’s take on vintage and military pieces, and J. Crew men’s sweaters and shirts. Another area features cashmere and denim, while a third area has outerwear, accessories and shoes. At the rear, there’s The Ludlow Shop with suits, neckwear and shirts. Scattered throughout are items from third-party brands such as New Balance, Nike, Timex, Ray-Ban, Barbour, Chippewa, Lee and Levi’s.

“The Ludlow suit has been doing so well, and it took us kind of by surprise,” said Frank Muytjens, head of men’s design at J. Crew. “We started with the Ludlow suit as an exclusive for the Liquor Store in TriBeCa, and it has grown from there. We have come a long way in terms of that suit and, now, you can get it in 20-something fabrications.”