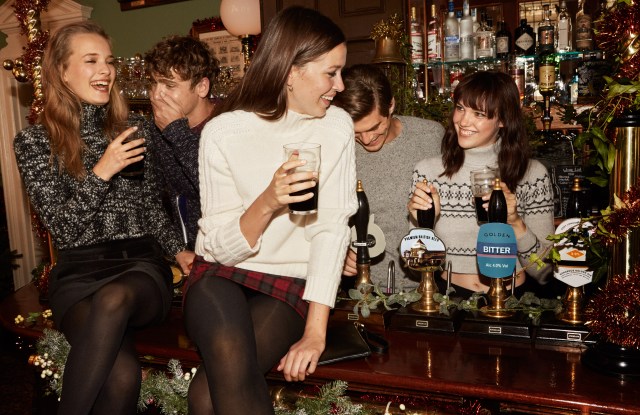 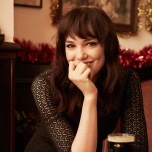 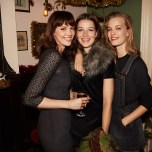 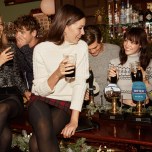 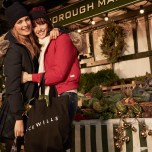 LONDON — Jack Wills is opening up — and growing up — under Peter Williams, who’s staging his second act for the British preppy brand he founded in 1999.

Williams has been back at Jack Wills for a little more than a year, and since then has sorted out ongoing distribution center woes and found a new investor in BlueGem Capital Partners, the private equity company that also owns Liberty of London.

In an age where transparency and environmental consciousness have become a badge of honor for high street, contemporary and luxury brands alike, Williams is trumpeting the brand’s fabric sourcing and supply-chain credentials with an initiative called Fabric of Jack.

The chief executive officer is also appealing to a broader “ageless” customer — leaving behind the teens and college-age kids who were often pictured in the brand’s catalogues partying and flirting in their residential halls.

To wit, the brand’s Christmas campaign features more mature models — 25 years old — who are seen living together and toiling in their first jobs.

Traditional men’s tailoring fabrics have always been a big part of the Jack Wills story, and Williams said it’s time to talk about them properly, so Fabric of Jack was born.

“At some point or another we’ve used pretty much every remaining British mill available, whether it’s Abraham Moon, Fox Brothers or Alfred Brown, and there’s so much back story around the product,” he said during an interview in the brand’s Carnaby Street store.

His idea was to put the supply chain and sourcing details on the brand’s web site, “so if someone wants to know the back story of their shirt, they can learn where the fabric came from, where it was made, who owns the factory, how many people work there, with pictures and film.”

There are now feature stories on the making of Jack Wills hoodies at the Anjos & Lourenco factory in Braga, Portugal, and on Abraham Moon & Sons, the mill that weaves the cloth for the brand’s tailored Bloomsbury suits.

There’s even a story about how the shaggy sheep of Kent are sheared, and the West Yorkshire mill where their wool coats are turned into yarn.

“My philosophy is we should be scouring the world for the best suppliers, because the quality of the product we make trumps everything else. By quality, I don’t just mean the quality of the makeup, but also the ways of doing business. I want to have longstanding relationships [with suppliers], because that counts for a lot — you just get a much better output,” he said.

He’s proud of products such as the Bloomsbury suit, which Jack Wills does in Donegal tweed or wool flannel. The fabrics are made by Abraham Moon, while the half-canvas jackets come courtesy of tailors at the Lever factory in the seaport of Dalian, China.

The Bloomsbury suit jacket currently retails for 249 pounds, or $306, while the tweed trousers are priced at 98.50 pounds, or $121. That’s a little less than what Marks & Spencer would charge for a suit in its luxury Savile Row Inspired brand, and about 85 pounds, or $104, more than suits from the British premium high street brand Reiss.

Williams said there is no agenda other than remaining true to the brand’s values of teamwork and transparency — and engaging a smart customer who’s interested in authenticity. “I’m keen that we turn the narrative absolutely onto what the brand stands for —quality, authentic, premium, integrity.”

He added that Jack Wills has been working with many of its suppliers for more than a decade and he wants to continue honoring — and auditing — his supply chain.

“If you want to go and interrogate our supply base, you’d unequivocally find stuff that wasn’t great. But my perspective is that this is a journey and we will be absolutely honest and open and transparent about it. There’s no way we’re perfect, but we haven’t got anything to hide.”

His argument is most certainly of the moment: On the day of the interview, the BBC’s weekly TV program “Panorama” was set to reveal that Syrian refugee children were found to be making clothes in Turkish factories that supply a group of British and European high street brands.

Over the summer, fellow British brands Asos.com and Sports Direct were both criticized by unions for fostering poor working conditions. (Asos has denied the accusations, while Sports Direct has vowed to improve standards at its distribution centers.)

Stella McCartney has recently published its first environmental profit-and-loss account, which places a monetary value on the impact of its sourcing, manufacturing and selling practices on the planet.

Williams stepped aside from everyday management from 2012 to 2015, serving as a non-executive director, and Jack Wills lost a lot of the momentum he had built up for the brand. Now that he’s back, Williams said times — and consumption patterns — have changed over the past few years. Jack Wills, he believes, is changing with them.

“It’s now socially acceptable to be quite promiscuous up and down the [fashion retail] hierarchy, so we compete against the fast-fashion brands as much as we do with the luxury brands. But then, also, you compete against technology, which 10 years ago, we weren’t doing,” he said.

Williams believes that even five years ago, customers were obsessed with age, and that brands got stuck into age brackets. “Now it’s not about how old you are. If you are obsessed with fashion, you say, ‘That’s my store.’ Look at Zara, which exists to sell amazing on-trend, fashionable product. If you’re into fashion, Zara is totally ageless.”

He believes that Jack Wills is operating in a “relatively ageless environment,” with customers demanding a premium, well-made product. “I’m 42, I wear this stuff head-to-toe every day, and I don’t look like a 15-year-old girl in a hoodie,” he said.

The holiday campaign, to be released Friday, shows a bunch of cohabiting friends celebrating Christmas. “You’ve got money and this sort of independence, and actually it’s just an amazing aspirational period in your life,” Williams said.

The campaign is upbeat and wholesome (there’s no danger of falling foul of the U.K.’s Advertising Standards Authority) showing models bundled in sweaters, scarves and wooly hats.

Williams is also pushing ahead with store expansion — the first Jack Wills unit at Westfield White City opened last month. It is the brand’s seventh unit in London.

Jack Wills has 80 stores worldwide, with a total of 14 set to open by the end of January in the U.S., Asia and the Middle East. The U.K. remains its biggest market.

Williams said he is committed to brick-and-mortar expansion, although online is growing. In the U.S., he said the “future is about the web, and not about something that’s all around the map.”

Asked which brands are his lodestars, Williams said he’s not looking to anyone in particular.

“What’s quite nice it’s to sort of establish your own genre, for people to be say, ‘I want to be the next Jack Wills, or a bit like Jack Wills.’ I kind of have a little bit of an individualistic streak, I suppose. So we will keep doing what we do and try and succeed around the world.”