With initial stores performing well, the London-based brand is scouting locations in Manhattan and Greenwich, Conn.

By David Moin and Samantha Conti on June 23, 2011
View Slideshow 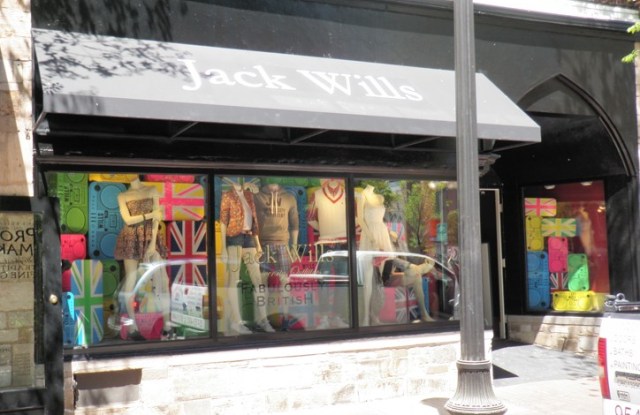 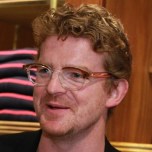 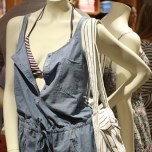 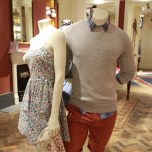 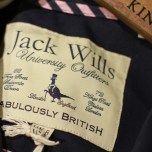 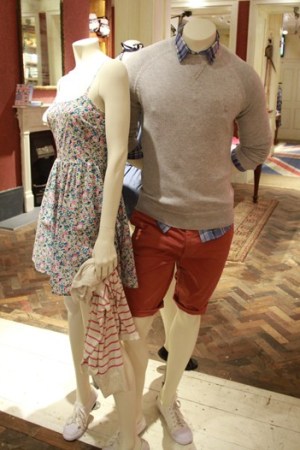 A view of the New Haven Jack Wills store. 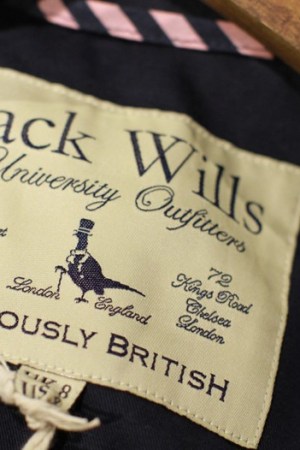 A detail of clothing at the Jack Wills store.

NEW HAVEN — There’s something contradictory about the Jack Wills brand and that’s just the way it’s supposed to be.

“We are always thinking about a tension,” said Peter Williams, the 6-foot, 3-inch chief executive officer of the London-based brand, explaining the collection’s DNA. It’s essentially a dance between U.K. tradition and a modern, cool collegiate, sometimes sexy, attitude.

“The brand is grounded in British heritage, but is absolutely a contemporary, young persons’ brand, on trend, not fast fashion. We just can’t sell off our Britishness,” Williams added, referring to such items and elements as striped boating blazers, tweeds, heavy meltons and slim fits that play off graphic T-shirts, skinny jeans, tiered summer dresses, rompers and short shorts. “It’s how you put the look together.”

Twelve years after founding the company with his college buddy Robert Shaw and 40,000 pounds, or $64,324 at current exchange, compiled through savings, credit cards and borrowings, Williams is growing the Jack Wills brand in the U.S. Considering the economy, and that the U.S. has been a graveyard for bigger British retailers like Marks & Spencer, Batus and Laura Ashley, which either sold off or shut down American operations, the move is risky. But the British keep coming, with recent entries like Topshop, Monsoon’s Accessorize division, Reiss and Tesco seeking fertile grounds.

For his part, Williams said his first three U.S. stores, launched last year in Nantucket, Martha’s Vineyard and Boston, have performed well, spurring openings in the last month in Southampton, N.Y.; Newport, R.I., and New Haven, and this summer and fall in Philadelphia, Charlottesville and Georgetown, Va., and Westport, Conn.

Even without much recognition outside the U.K., Williams said there’s a “national opportunity” for expansion in the U.S. The Northeast seems to be the current focus, with sites in Manhattan and Greenwich, Conn., being scouted. California is also a priority as “the biggest market on our U.S. Web site — even though it’s 3,000 miles away from the nearest Jack Wills store,” Williams said. “We expect to grow new stores by 30 percent per annum, but we are trading in excess of that at our store in Martha’s Vineyard.”

Cracking the U.S. market has been “the Holy Grail for me,” and something he’s contemplated for eight years, Williams said in an interview, just before cutting the ribbon on the new 1,500-square-foot Jack Wills store at 264 York Street in this university town.

Williams and his partner began by selling vintage-inspired T-shirts and sweaters in 1999 in a shop in Salcombe, Devon. There are now 53 shops, mostly in England, with some in Scotland, Ireland, Wales and the U.S. The company has inked an agreement with Alshaya to open stores in the Middle East starting next year, which will be the first franchised locations.

He’s ambitious but tempering the rollout, and getting some assistance from Rose Marie Bravo, the former Burberry ceo and Saks Fifth Avenue president, and Pete Saunders, former chairman and ceo at The Body Shop, who are on the board of Jack Wills. Malls are being avoided. “All of our stores are in old buildings and every one of them is different,” with some character and architectural detail for a touch of formality in contrast to the collection’s casual appeal, adding to that “tension” Williams talks about. Cookie-cutter is not the thing, with stores in the chain ranging widely, from 600 to 10,000 square feet in size. “We have no aspirations to be a mass brand,” he said.

As in the U.K., the merchandise in the New Haven store appears lean on the selling floor. No sales signs are seen, and Williams explains that price promoting doesn’t exist, except for two clearances a year, after Christmas and in July. Still, Williams acknowledged he might tweak the pricing in the U.S. since Americans are accustomed to frequent sales. “We are sensitive to that culture,” he said. Other than that, there’s really no difference between Jack Wills here and abroad, aside from possibly shipping extra outerwear to the Northeast where winters are colder.

The New Haven store is housed in a 19th-century stone building along with the Yale Entrepreneurial Society situated above. There’s a fake vintage interior, with peeling walls, chipped wood-framed mirrors, creaky parquet floors, yellowed columns and a few stuffed pheasants dangling off the walls. The taxidermy evokes the brand’s quirky logo, a pheasant donning a top hat, coat and cane, which suggests the offbeat character of the collection.

Williams projected the New Haven store will top $1 million in sales its first year, while in university towns in the U.K., where the brand is established, such as Oxford and Cambridge, stores do in excess of $5 million, Williams said. The biggest-selling item in the U.S. is the flannel-lined down vest for $129 and similar lighter-weight items. Denim playsuits for $79; skinny stretch denims, $89, and polos priced at $69 are also bestsellers. Prices range from pins for $1 to party dresses as high as $1,500. The signature striped boating blazer is priced at $298. English velvet fragrance is priced $49 for 1.7 ounces and nail polish costs $8. Lip gloss, eyeliner, shower gels, note pads and pencils are also sold.

The company last year generated 92 million pounds, or $150 million at current exchange, while earnings before interest, taxes, depreciation and amortization were 17.4 million pounds, or $28.4 million. About 25 percent of the business is on the Web and it’s seen rising to 50 percent “when the business reaches maturity.” The company also has the Aubin & Wills collection for customers who “graduate” from Jack Wills. Williams and Shaw own 70 percent of the firm, with Williams the majority shareholder. Close to 30 percent is held by Inflexion, a private equity firm. Jack Wills is named after Williams’ grandfathers’ first names.

The company continues to rely on sponsoring parties, whether it’s in the French Alps or the Hamptons, social media and viral marketing, and shuns celebrities and traditional advertising to hype the brand, focusing on what Williams calls “micro-celebrities” — university sports stars and popular kids to promote the products through word of mouth, and by just looking good in the clothes. “We try to stay very much off the radar. It’s about being in a club,” Williams said. “We have a very deep relationship with our target customer, we want them to be obsessed with us. Otherwise, we want them never to have heard of us. You’re either in the gang — or you’re not.”

The 36-year-old Williams, wearing a spirited Jack Wills tuxedo jacket and a dark T-shirt, and unshaven, could be mistaken for a gang member if he were 12 years younger. The company captures a 16- to 24-year-old upmarket audience with money to spend and time to have fun, while targeting a narrower 18- to 22-year-old segment. Its “Best Summer Job in America” campaign in May invited college students to apply via a 60-second video and 500-word profile for a six-week paid summer “seasonnaire” internship in Nantucket. The gig does require some work at the store but comes with $20,000 toward tuition fees and responsibilities to be brand “ambassadors” wearing the clothes, living the lifestyle, surfing, sailing, partying and handing out Jack Wills gifts at sponsored events. There are also other paid and unpaid “seasonnaires” year-round.

“Jack Wills is absolutely a party brand,” Williams said. “Whatever the customer is into, the brand should be into.”