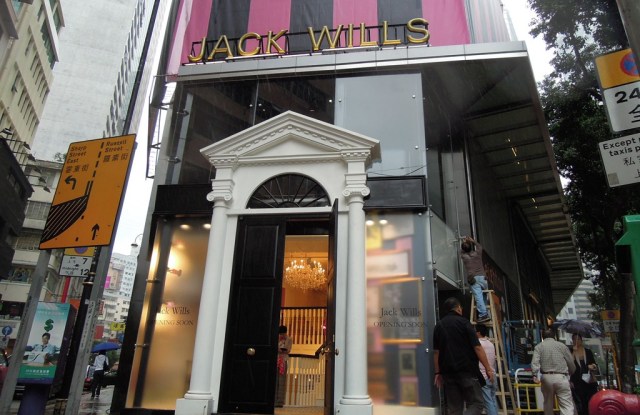 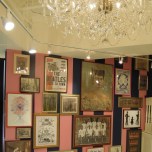 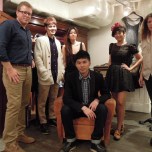 HONG KONG — Jack Wills, the “fabulously British” clothing brand that made its debut in the U.S. more than a year ago, is making landfall in Asia with two stores here in shopping areas frequented by Chinese tourists.

The company, which has 74 stores in the U.K., Ireland and the U.S., plans to open its 6,000-square-foot flagship at Leighton Centre in Causeway Bay and a 1,425-square-foot store in Kowloon’s Harbour City mall on Dec. 1. The latter will double in size next summer.

Referring to the “strategic location” of the stores, Mark Parker, the company’s president of Asia and the Middle East, said: “Harbour City has a high percentage of Mainland customers. It’s a very, very large window into China, and greater China is a very important market long-term. In Causeway Bay…there’s a large number of [Mainland Chinese] customers, local consumers and international travelers,” adding that the brand has gained traction with Asian consumers in the U.K.

Rob Shaw, who co-founded the brand with chief executive officer Peter Williams 12 years ago, said the company did not have a timetable for opening more stores in Asia.

At the Leighton Centre store, Jack Wills’ signature pink-and-blue-striped banner stretches several stories high on the building’s exterior. Beyond a white-columned arch at the entrance, a chandelier and cascade of framed pictures welcomes customers. Inside, a hand-painted Union Jack flag dominates the flooring on the upper level. Downstairs, a pink-and-blue-striped Land Rover takes the spotlight, while taxidermy, memorabilia, British Chesterfield sofas and leather armchairs contribute to a look evoking the brand’s U.K. roots.

Jack Wills, which calls itself “university outfitters” and shot its fall collection video at Oxford University, will be selling to an Asian population that has less exposure to the kind of collegiate experience that many in the U.S. and U.K. audience can reference.

Jack Wills comes as Abercrombie & Fitch plans to open next year. The Gap and Forever 21 are also coming to Hong Kong in the coming year.