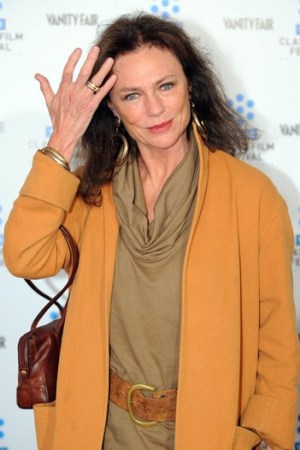 Saks to Recognize Women Leaders in the Mental Health Space

Avon Products Inc. has tapped a Sixties film siren to woo women over 60.

The line aims to address skin concerns specific to women in this age range, including sagging and dryness, with Paxillium. The technology is billed as a “first-to-market ingredient” designed to restore cell health to encourage collagen production and elasticity.

A night cream, $38, and serum, $64, will be available in the fall, with additional products, including a day cream and eye cream, to follow. The products will be supported with TV, print and digital advertising efforts.

The launches are part of an effort to transform the $1 billion Anew into a $2 billion masterbrand, as set forth by chairman and chief executive officer Andrea Jung.

Referring to women over 60, Andre Baradat, vice president of global skin care and personal care, said: “They are more accepting of aging, but still want to look their best.” Bisset personifies that attitude toward beauty, he added. “She looks beautiful, but she doesn’t believe in plastic surgery. She has poise and she projects confidence.”

Bisset — whose breakout role was the character Cathy in “Bullitt,” the 1968 film starring Steve McQueen — said, “As you get older, your skin seems to empty out a bit.” She said she already has begun to see the benefits of using Anew Platinum. “Your skin feels very young and fresh. It feels full afterward.”

Avon marks Bisset’s first beauty deal, albeit for one spot for Lux soap — “the soap of the stars.” She said she has shied away from commercial work in the past, but found Avon’s message empowering. “I felt like I was a survivor in terms of my looks.”

She added, “I’ve been lucky with my genes, but I have to keep up the discipline.” Her regimen includes avoiding Botox, cosmetic procedures, facial treatments — “I’ve only had two facials in my life.” She also makes sure to look into a full-length mirror. “You’ve got to be ruthless with yourself.”

To enhance the full-length view, Bisset exercises, preferring a brisk walk on the treadmill and some free weights to “remove toxins.”

“If I don’t exercise, I really look different.” But looks aren’t everything when it comes to aging gracefully, she acknowledged. “What you think is terribly important, it shows on your face. You have to be disciplined about what you think.”

Bisset continues to act, and next month will begin shooting a period film in Dublin, called “An Old Fashioned Christmas.”