James Perse Is Out to Reinvent the Home

The king of casual is expanding his retail empire with the debut of a home concept store, as well as the rollout of a Yosemite chain. 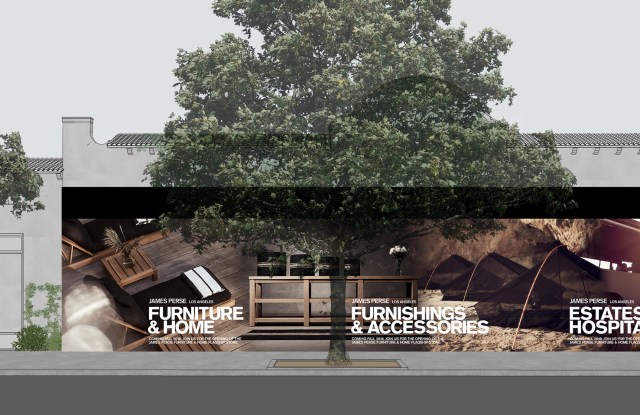 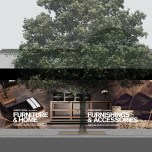 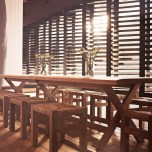 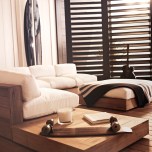 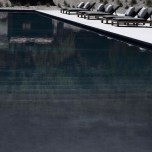 Twenty-one years ago, James Perse elevated the basic T-shirt that at the time was the domain of Gap. Now he aims to take on the Restoration Hardwares and W Hotels of the world with his own brand of residential chic.

Perse, the reigning king of California casual, is expanding his $250 million retail empire — totaling nearly 100 points of sale, including shop-in-shops in stores such as Bloomingdale’s — with the debut of a home and hospitality concept store as well as a dedicated chain of stores showcasing his activewear line, Yosemite.

The concept store will be a full realization of Perse’s home vision — which until now has comprised special-order furniture available via a design trade showroom in Pacific Design Center — as well as the first outlet for a forthcoming line of home accessories and the first “sales center” for his long-percolating Mexico hospitality concept.

“It’s a playhouse for us to expand and expose our breadth,” he said. “It’s setting us up to sell accessible, retail-friendly product, everything from a backgammon set to a bottle opener. But if you want us to furnish your living room or your entire house, we’ll offer interior design services, too. Eventually it will also be a place to explore or book trips at our hotels,” he said.

To do it, he’s taking over what used to be a flagship for one of his idols, Ralph Lauren. Located at 107-109 Robertson Boulevard, the 11,000-square-foot, double-wide Spanish Revival storefront was once a hallmark of the street’s glory days, opening alongside Chanel and Dolce & Gabbana in 2008. But the store has sat vacant for three years as the street has struggled to retain retail tenants.

“I think it’s sad what’s happened on Robertson. How can we help refresh the landscape a little? Create a sense of place? I was interested in this building as a way to kick-start that revival, and also because it’s a great space with proximity to the West Hollywood Design District. It will be by far our most experiential, exciting and fun store because it involves my number-one passions,” he said, adding that he plans to open by the end of this summer. Before that, he plans to open a teaser “pop-up” shop in the former Ralph Lauren kids store that has its own storefront and entrance next to the main one.

Perse also plans to defy traditional retail models with an inventory-less store, where fulfillment is achieved with same-day — or next-day — delivery. “The concept of service includes ease of operations, and defines omni, having every service available in one place,” he said.

Perse, 45, has a more vested interest in the welfare of the neighborhood than most retailers, having been born in Los Angeles to Maxfield founder Tommy Perse and real estate agent Linda Marks. He’s one of the few who remembers when the Beverly Center was a dusty patch that featured pony rides.

“It’s hard to imagine it now, looking at this massive mall that takes up an entire block in the middle of the city,” he said. “I think that’s why I live in Malibu now, because it reminds me of the L.A. I grew up in in the Seventies and Eighties when it was a present community, and people spoke to each other and it was a laid-back city.”

Now, he says, when he comes to the city and “sees the speed of things going on and the abandonment of areas and locations, you’re just left saying, ‘Come on.’

“Landlords leave buildings empty and leave neighborhoods and environments in destruction. Wouldn’t it make sense to just let a young cool someone with an idea come in and try something out in your blank space that you’re doing nothing in? If you can’t hit the numbers they can move you out, if you can hit the numbers, everyone is happy,” he said.

When Perse became a father, he traded his Hollywood Hills pad for Malibu digs, and two years ago, moved his headquarters from the gritty warehouse hub of Vernon, Calif., to a pristine whitewashed compound in Marina del Rey.

Here Perse likes to mock up new retail concepts in a back building behind the stone mediation garden, which naturally is sprinkled with his minimal teak outdoor furniture. There are mannequin vignettes sporting tennis racquets, a motorized bike, and a stash of natural fiber and leather totes that represent his foray into branded accessories.

As Perse has evolved, so have his products. He began designing furniture for his own homes, same as other limited product such as beach cruisers, skateboards and surfboards. Though he may not be shredding waves anymore, he’s still enjoys outdoor exercise. So he officially launched Yosemite four years ago (the first test store appeared in Malibu in 2009) as a capsule of performance lifestyle gear for men who weren’t doing extreme sports, but who also weren’t doing yoga or posturing in ath-leisure.

He grew the range to include women’s and kids and created a dedicated space for it in his James Perse boutiques. He thinks now is the right time to roll out the retail concept.

“There’s not a lot out there that isn’t Lululemon or yoga-based,” he said. “Our customers don’t necessarily want to wear leggings to work out.”

He’ll open the first store in Beverly Hills in time for back-to-school and plans to have 10 locations in key markets such as Los Angeles, New York, and Miami within 12 months.

Perse shakes his head when he talks about the vicious circle of retail real estate. He hopes that he can help promote change on streets like Robertson.

“How can you be a landlord and have no idea what business you’re in? By not knowing what tenants you put in your place, thinking you’re just filling a hole, you don’t understand the decisions of the hole you are filling are going to affect the future value of that building,” he said.

“What would be nice is to get the message across to people of, look what happens: You don’t care, you go for the highest rent, you bring in the commercial [brands], it blows up, your buildings become worth less, your rental income becomes worth less. That game is over. The game of retail and brick-and-mortar is about doing good things and creating environments.”