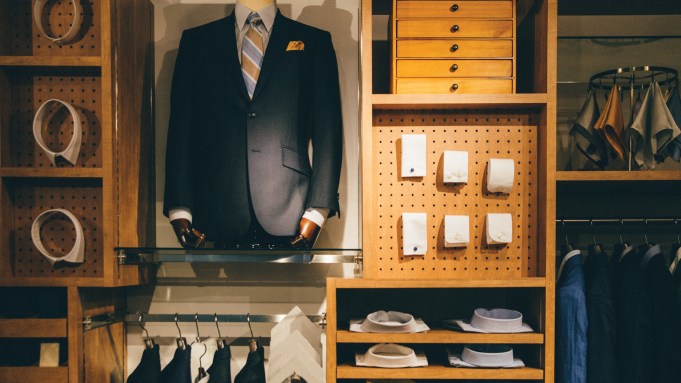 Japan is a consumer nation and a shopper’s paradise, but the way people shop and what they look for in items they buy has drastically changed in the last decade.

Gone are the days when flashy designer clothes and easily recognizable logos were the ultimate status symbols. These days, Japan is all about personal style, affordable luxury and one-of-a-kind items. What that means for retailing is that the giants that previously ruled the market — the big department store chains — are having to come up with new ways to attract consumers by offering products that can’t be found elsewhere. On the other hand, it has also created an opportunity for smaller niche brands to flourish.

Recent years have seen new brands achieve nearly overnight success. While so far they all offer vastly different types of products, there is one thing they have in common: customization.

When former watch importer Hiromitsu Endo turned to crowdfunding to raise the capital to help him start his own watch brand, he had no idea he would end up raising five million yen, or about $49,000 at current exchange. It was an amount unheard of through Japanese crowdfunding sites at the time and it earned him media attention.

Endo had a simple idea for his brand, called Knot, but it wasn’t easy to execute. He wanted to create watches that are entirely made in Japan and rival the top brands in the world for quality, but can be purchased by customers for less than $200. Plus, he wanted them to be customizable.

“Every brand sells watch faces and bands as a set, but I had the idea of selling them separately,” Endo said. “Young people today don’t wear a watch to tell the time — they use their smartphones for that. So if they are going to wear a watch they wear it as a fashion item. I want customers to have fun choosing their own style of watch and band.”

Just two years after launching, Knot employs around 20 people and has three stores in Japan, as well as one in Taiwan. Endo expects sales this year will reach between 1.7 billion yen and 1.8 billion yen, or $16.7 million to $17.7 million. He plans to open a shop in Singapore early next year and in New York in spring. By 2020, he aims to be making and selling a million watch faces a year (currently Knot makes about 120,000 a year).

A brand that has seen similar success is La Fabric. Founder Yuichiro Mori had started a fashion blog while a university student. Upon graduation and entry into Japan’s notoriously conservative workforce, he found himself in need of some smart suits. But what he realized when he shopped around was that while there were plenty of stylish options from which to choose, none were cut to accommodate his tall frame and long limbs. For his own needs, he turned to a tailor for custom-made suits — and the experience planted the seed for his future brand.

La Fabric started with a prelaunch in February 2014 and an official launch in March 2015. Until early this year, its business was conducted primarily online. Like Knot, all of the products, which include a variety of men’s suits and dress shirts, as well as some more casual items like jeans, are made in Japan and reasonably priced. A made-to-order suit starts at 44,800 yen, or $440, but the fabrics are top notch.

The timing is perfect for Japanese brands that offer high quality at competitive prices, Mori believes, but he stresses that uniqueness is key.

“Until about 2011, people were buying mostly trend items and fast fashion, but after the earthquake [on March 11, 2011] people want individuality,” he said. “It’s becoming more common for people to use their weekends for activities — surfing, hiking, etc. — rather than going shopping, they’re spending their money on experiences. People still need things but when they buy, they do lots of research and choose what they buy carefully.”

The desire to have something that’s different from the next person and to be able to customize it to suit your personality or even your mood has also helped boost the business of Newneu, by designer Shinsuke Washizawa. Also a third-generation architect, Washizawa used that vocation to inspire his brand.

“I wanted to create something that’s reusable, that will be used for a longer time,” he said. “I want it to be something that people can make their own.”

Newneu makes bags and shoes out of a soft, slightly fuzzy material that is specially coated to be smooth and durable. These products can be customized with the addition of handles, pockets, patches in cute motifs, Swarovski crystals and real fur panels, all of which are attached by Velcro. Without seeing them in person it may be hard to imagine how a handle attached by Velcro can hold any amount of weight, but they are surprisingly strong. Washizawa said they can hold up to about 45 pounds.

“I think the interesting thing about Velcro is that until now it was just used in small parts, but putting it front and center makes me think that I did something new in the bag market,” Washizawa said.

Like Knot and La Fabric, customer response to Newneu has been positive. Washizawa declined to provide a sales figure, but said revenues are doubling each year and that he currently sells about 20,000 base items (not including add-ons) yearly. He plans to open a new store and office in Tokyo’s trendy Daikanyama neighborhood in late October.

All three executives agreed that Japan is likely to see more brands offering customization in the coming years, but none of them are particularly worried about it. For his part, Washizawa has patented his idea, which he hopes to license to other brands in the future. Endo and Mori say they will continue innovating in order to offer customers products that they can’t find anywhere else.

Responding to customer feedback, La Fabric recently launched a line of waterproof suits that are perfect for Japan’s typhoon season and look nothing like the waterproof fabrics used in hiking and sailing jackets. It also offers a series of all-season, temperature-regulating suits made with a fabric used by NASA.

In contrast, many of Knot’s offerings are remarkably low tech. The company works with specialized workshops across Japan to utilize traditional crafts in new ways. For example, it makes striped watch bands out of silk kumihimo, a type of braiding normally used to make the cords that tie around a kimono’s obi belt.

“There’s no way to revitalize the kimono industry because people aren’t going to start wearing kimonos more,” Endo said. “But perhaps I can help to revitalize certain elements of traditional Japanese industries by using them in new ways.”