E-commerce Comes of Age in Japan

The country’s top players, like Rakuten and Brand Avenue, are vying for a piece of the growing market. 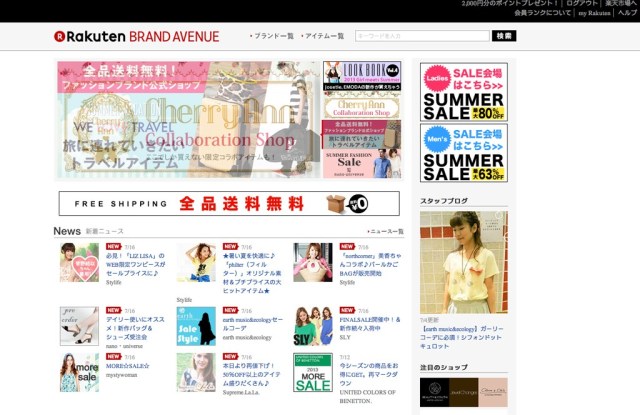 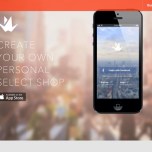 TOKYO — Japan has been far from an early adopter when it comes to online shopping. Slowly, though, as consumers become increasingly open-minded about buying clothes and accessories over the Internet, the country’s major e-commerce players are vying for a piece of this growing market.

E-commerce pioneer Rakuten, which operates storefronts for businesses and individuals and runs an auction portal similar to eBay, is stepping up its fashion component to compete with newer competitors like Zozotown and Magaseek. Another newly launched mobile platform, called Origami, combines elements of e-commerce, social networking and traditional shopping, and is targeting tech-savvy shoppers.

“Even though the [market in physical stores] has been flat, really, for fashion, the e-commerce market is growing. The question is, how we can accelerate the growth to be, at a minimum, equal to other developed countries?” said Takayuki Iwao, an executive officer in charge of Rakuten’s fashion business. He estimated that e-commerce accounts for just 4 percent of Japan’s fashion market, while it is closer to 10 percent in countries like the U.S., the U.K. and even South Korea.

The size of Japan’s Internet market for apparel more than doubled between 2006 and 2011, when it was valued at 674.3 billion yen, or $6.57 billion at current exchange, according to Euromonitor International. Euromonitor estimates this figure will continue to grow, reaching 1.05 trillion yen, or $10.24 billion, by 2016. That is still relatively small compared with the U.S. market, which was valued at $28.14 billion in 2011.

Japanese consumers appear to be increasingly comfortable with the concept of shopping online. Some of the country’s biggest retailers, such as Isetan and Takashimaya, which have been slow to implement significant online strategies, are stepping up their Internet shopping focus.

Initially consumers were wary of inputting credit card details on Web sites. A lack of flexible return policies was another problem. Today, many e-tailers have overcome these issues by devising more lenient return policies and offering alternative payment methods, such as cash-on-delivery and the ability to pay for an online purchase at a convenience store.

Rakuten was the first company to successfully introduce online shopping in Japan, in 1997. The firm has continued to grow over the past decade and a half, posting sales of 443.47 billion yen, or $5.56 billion, in 2012, up 16.7 percent over the previous year. It is the country’s largest e-tailer, with a 29.2 percent share of the market as of 2011, according to Euromonitor. That is nearly double the market share of the second-place company, Amazon Japan. Rakuten also claims to be the country’s biggest online retailer of fashion products, including children’s and babies’ apparel.

“I think it is pretty clear that we are probably one of the biggest, if not the biggest, e-commerce fashion company in Japan, and certainly our goal is to continue to grow,” Iwao said.

Last year Rakuten launched a new fashion-oriented initiative called Brand Avenue to better compete with fashion-centric e-commerce players such as Zozotown and Magaseek, both of which offer clear layouts and integrated blogs. Brand Avenue differentiates itself from the rest of Rakuten’s platform by offering media content including videos from brands and blogs by shop staff.

Brand Avenue features products from about 150 brands, mainly domestic Japanese labels like handbag line Samantha Thavasa and sock brand Tabio, but also a smattering of international brands like Nine West and Ed Hardy. Unlike Zozotown and other e-commerce players, Rakuten does not manage stock or customer service for its sellers. Each merchant manages its own business and has its own shipping and return policies.

Rakuten is also bolstering its mobile e-commerce platform, targeting smartphone users, a critical segment of the e-commerce market in Japan.

According to research conducted by Google in 2011, 96 percent of Japanese consumers use a mobile phone, while 86 percent use a laptop or desktop computer. Of those consumers who own a smartphone, as many as 91 percent use the device to access the Internet on a daily basis.

Iwao said that about 30 percent more users access Rakuten’s fashion departments from a smart device when compared with the site’s shoppers overall. Last year, Rakuten made efforts to improve its smartphone-specific Web site, incorporating a simpler layout that is easier to navigate on a smaller screen. Iwao said sales from smartphones roughly tripled since the upgrade.

“Whatever a consumer can see or use on a PC, should be available on the smartphone. And I think that’s really the short-term direction that we are going after,” Iwao said. “And then I think if there are only Smartphone-dedicated services and applications, that could be certainly [something] that we want to really look at.”

Still, Iwao acknowledges that Rakuten, and Japan as a whole, has a long way to go in terms of catching up to e-commerce standards elsewhere. Rakuten’s potential for international expansion is limited at the moment. It operates a site called Rakuten Global, which is translated into English using automated software, but many of Rakuten’s merchants are not a part of the international site. Iwao attributes this low adhesion rate to the fact that few Japanese companies are able to provide customer service in English or choose to ship outside Japan.

“We are working on [providing] much more holistic service for the merchants, so they can more easily send their products or items out [of Japan],” Iwao said, adding that Rakuten hopes to one day provide free shipping and free returns, both domestically and internationally. However, he said this is not currently a “sustainably profitable business model.”

Users either create an account or sign in via Facebook, and can follow their favorite shops and brands. By doing so, updates from these retailers appear on their in-app news feed, as well as on that of their friends. Products can be purchased directly through the application, and there is also a geo-mapping feature that displays recommended physical stores near the user’s location.

Users can then “check in” at these stores and share their offline shopping experience with their friends. There are currently more than 250 brands on the platform, including A.P.C., Jurlique, Beams and Isetan Men’s, and at least 300 more are looking to join, the company said.

“Smartphones will change the e-commerce world,” said Yasui, who also noted that Japan’s e-commerce market is growing at a rate of 15 percent per year. “Until now, you would look at a big e-commerce site and find what you want through the search box. But we’ve created a network that will continually provide news and updates directly to the consumer.”

The Origami app is currently available in Japan for the iPhone, and an Android version will be coming shortly. The company already has a team in place in New York and plans to launch a U.S. version in the next few months, according to Maximilian Mackee, vice president of Origami’s business development and a cofounder along with Yasui.

“We believe that mobile commerce means that the barrier between commerce and e-commerce will disappear,” Mackee said.

Mackee declined to give figures but said Origami has already reached a “significant” number of users, even before starting its marketing efforts. “We are aiming for a seven-figure number very quickly,” he added.